That goals are such a rare commodity in soccer is arguably one of its most attractive features. It can also be one of its most frustrating. Not only when clear chances are missed, but when match officials erroneously disallow perfectly good goals. Two neatly worked moves in England last weekend were unnecessarily annulled for offside, leaving the Premier League looking like a league out of time. 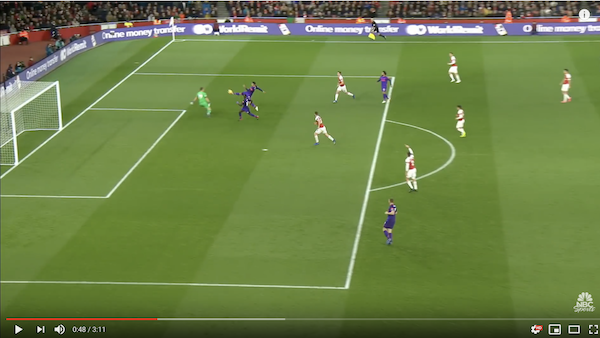 During Arsenal vs. Liverpool, Saturday's flagship matchup being broadcast around the world, the visitors should have been 1-0 up after 19 minutes when Sadio Mané scored a rebound after Roberto Firmino had hit the post. Firmino had made the perfect run to collect Trent Alexander-Arnold's lovely chip over the Arsenal defense, but at that point Sané had been in an offside position.

When Firmino shot, though, Sané was onside, so the goal should have stood (termed "a new phase of play"). The referee's assistant raised his flag and canceled out the goal.

A few hours later, Tottenham Hotspur was leading Wolves on the road by 2-0, but the home side was coming back strongly into the game just before halftime. Joao Moutinho deftly played Matt Doherty through on the right side of the penalty area, and Raul Jimenez converted his pulled-back pass to make it 1-2. Except that again the referee's assistant wrongly raised his flag, this time to judge Doherty offside. 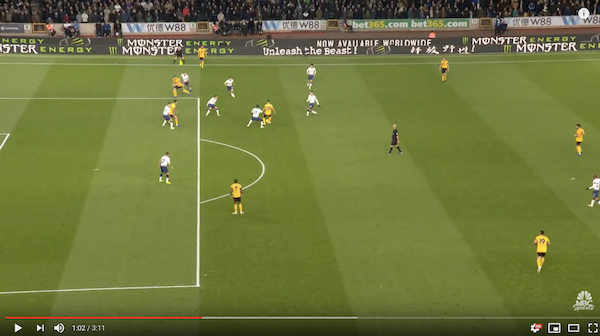 Those of us who regularly watch MLS and the Bundesliga might have instinctively thought, "Oh, no worries, the Video Assistant Referee [VAR] will correct these mistakes." When the technology's been properly used, we've become accustomed to seeing clear injustices quickly ironed out. Except that video referees are still in their trial phase worldwide, and not yet deployed by the English Premier League. So these goal-killing, potentially game-killing errors were -- infuriatingly -- allowed to stand.

These two incidents highlight an encroaching truth. Like it or not, video evidence is probably here to stay. Assistant referees erring on the side of caution -- because a wrongly canceled goal will not have the media resonance of a wrongly awarded goal -- should become a thing of the past. That these two fine scoring efforts were wiped out makes the Premier League referees look like amateurs, and the league itself like something from the last century. The sporting equivalent of the typewriter or a dial-up telephone.

Of course, there are times when the fans despise VAR, notably after their team has scored and they've danced and hollered in jubilation. Then some spoilsport technocrat in a cabin has rewound the tape to discover an infringement way back in the play. It not only interrupts the flow of the game, it disrupts the important emotional aspect too. You feel deflated, and somewhat foolish. Like you celebrated winning the lottery in public, only then to notice what you thought was a 3 was in fact an 8.

None of that alters the fact that video assistance mostly translates into justice and, even more importantly, it takes the heat off the referees. In an era of global scrutiny and multiple cameras, the pressure of making a high-stakes mistake in a game of soccer has become grotesquely disproportionate to its social importance. If technology stems the vilification and bile aimed at match officials who have made a mere error of judgment in the work place, then it's already paid for itself in human terms.

As the attacking teams, both Liverpool and Wolves should have been given the benefit of the doubt by the ARs last Saturday, and their goals allowed to stand. That FIFA directive, though, has long since lapsed or been forgotten, and was never really implemented in the first place. No one can really recall when it was even issued, or whether it was just a verbal directive preceding a particular World Cup (USA 94?). It's certainly not written down anywhere in the Laws of the Game, or even their guidelines.

VAR renders such a directive superfluous. Soccer is a sport where goals are unique and special entities, so everything should be done to protect three-man passing moves that cut through defenses and end up with the ball in the back of the net. Occasional interruptions are a price worth paying to protect and reward such precious moments of fluent beauty.