The USA hasn't reached the knockout stage of the U-17 Women's World Cup since the biennial tournament's first edition in 2008, when it finished runner-up. Coach Mark Carr, who grew up in London and moved to California in the early 2000s, leads the USA at the U-17 World Cup in Uruguay that kicks off this week. His squad has been four years in the making. 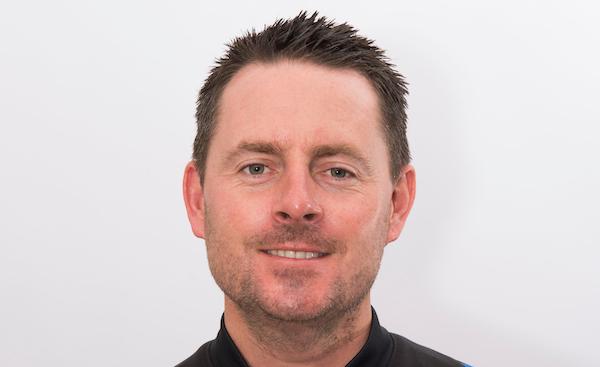 SOCCER AMERICA: What was your childhood soccer experience like in London?

MARK CARR: I remember my dad taking me to every Liverpool home game. You’ve got lots of choices in London -- Arsenal, Tottenham, Chelsea, West Ham … But my father was a Liverpool fan.

We’d get up Saturday mornings, take the 9 o’clock train and get off at the Lime Street Station three hours later. We’d stand on the Kop – there were no seats on the Kop back then.

We watched Liverpool in the early 1980s, when they were really successful. And that’s the team that I follow. And today with Jurgen Klopp, I think it’s just such an incredible brand of soccer. Mentality-wise, they’re pressing, They play a great style of soccer. It’s exciting.

SA: Did your dad have roots in Liverpool?

MARK CARR: No, his roots were in London, but Liverpool was his team. He played a little bit in the reserves at Chelsea and then played non-League, so I was always around the game as a young kid. In locker rooms just listening. He’d put a ball under my arm and take me along.

SA: How did you get into coaching?

MARK CARR: I was a coach in England. I played growing up with a lot of professional youth clubs. I was never an amazing player, but I loved the game, studied the game. I was around the game all the time. I got into coaching at a young age. I would hang out at the professional club and watch every session, and that kind of fueled my passion for teaching.

SA: Then you came to the USA and started coaching youth and high school soccer in Elk Grove, near the California capital of Sacramento …

MARK CARR: My starting point in the USA was I came out with a group of friends -- and then it all went very quickly one summer.

I went to get my USSF C license and Jill Ellis was my instructor. She asked me if I would be interested in being an assistant coach at UCLA. She had just had an assistant coaching position open and it was $12,000.

Carr, now 39 years old, served as Ellis’ assistant at UCLA in 2003-2006, a period during which the Bruins reached the final four each season and finished runner-up twice. He served as University of San Francisco head coach in 2007-11. He also coached club ball and was involved with the youth national team program at the regional level. After spending three years as Technical Director of Austin’s Lonestar Soccer Club, he joined U.S. Soccer as a Development Coach in 2014 and took charge of the U-15 national team. Carr moved up with that age group of players, 2001s, and became U.S. U-17 head coach for the current cycle, replacing B.J. Snow.

SA: Is it a big advantage to coach this group of players for so long?

MARK CARR: I think so. I’ve been with this group, the 2001 birth year, two years as U-15s and two years as U-17s, so overall it’s been four years. I’ve been with a lot of them when we rolled out the initial Training Centers. The more time you spend together, the better you get to know the players, and there’s that level of trust that goes on.

SA: It is a challenge though, in such a big country, coaching at an age group in which players are still maturing and developing, to find a balance between the players you’ve gotten to know well with figuring out whether new players deserve to be on the squad?

MARK CARR: The main responsibility of scouting the 2001 age group is mine. My mindset is to turn over every stone. If a player is born in the early part of the year or the later part of the year, it doesn’t matter to me.

Whether it’s a 2002, whether it’s a 2003, or a 2004. The game doesn’t know how old you are. To me it’s about constant open-mindedness -- working with our talent ID department, my relationship with the clubs across the country … When I look down the roster, there’s a balance of players who’ve been in the system for a while and those who have developed more recently.

It’s a reminder that we’re in the development business and players’ timeline of development doesn’t go in a straight line. It goes around, or under, or over. It’s our job to accelerate the development.

SA: You’ve been involved in girls and women’s soccer in the USA for more than a decade. Have you seen much progress in the talent?

MARK CARR: In my opinion, this is kind of a group of new American youth players with new skill sets. ... I think the improvement in the young female player in America has been incredible and the clubs and club coaches -- the people who work with the players day in and day out -- should get a lot of the credit.

The American player is always known for the American spirit, the mentality, the competitiveness, the athleticism. While those are all things we don’t want to lose, we want to add to it as well.

And it’s been my experience that with the 17s, the players are more technical, they’re more creative, have a higher level of soccer intelligence.

They’re decision-makers. They’re able to put their talent into the team and adapt to what the team needs. I would say we’re seeing a type of player with an improved profile, if you will.

SA: How does one account for the fact that the USA hasn't reached knockout stage of U-17 Women's World Cup since 2008?

MARK CARR: That’s historical. My focus has been on this group. There are a lot of factors you have to consider when defining what success is for the 17s.

Also, at the same time I understand our [full] women’s national team has created very high expectations -- and that’s something we need to follow.

SA: How will you rate whether your team’s performance at this U-17 World Cup is a success?

MARK CARR: We’re going to the World Cup to compete to win the World Cup. I know, 16 countries will tell you the same thing.

As important is performance. How the team performs. How the players perform individually, but also how we play as a team.

Sometimes you want to look at a crystal ball and say this player is going to be on the women’s team. How players matriculate from this experience through our women’s national team program – while we don’t have a crystal ball -- we want to make it more of a plan for those players to matriculate.

That’s something we won’t know for several years with the women’s team, but the next step will be the U-20s.

There are so many factors that mean success for me, but ultimately of course we want to compete for a world championship. That’s our goal. We will do our very best to do that.

SA: The draw didn’t do you any favors. You face defending champion North Korea; Germany, which clinched its spot by beating England, 8-0; and Cameroon, which knocked out Nigeria, a nation that had qualified for every previous U-17 World Cup.

MARK CARR: There’s no such thing as a good or bad draw, especially at a World Cup. What I know is, it’s not the draw that determines our end point. It’s going to be our performance, how we play, how well we prepared, and ultimately how we execute in games.

SA: The girls soccer landscape has changed dramatically since U.S. Soccer launched the Girls Development Academy in 2017 and there seems to now be a turf war, and strife, between the Girls DA and the ECNL, which has been around since 2009. Has this affected you as youth national team head coach?

MARK CARR: No. Obviously, I’m fully supportive of the U.S. Soccer Development Academy. That’s our league, U.S. Soccer’s. The growth and the culture shift has been a positive.

With any type of change you’re going to see it takes time to move forward. Some growing pains are normal.

SA: What do you like to see in how players are coached at the youngest level?

MARK CARR: I would say the biggest thing is getting away from isolating. While isolated training is a great addition, I think for the youngest age groups, practices that promote the 1v1 and decision-making, and dribbling or passing, and just really promoting and involving the young players in soccer intelligence.

Allowing players to make decisions, right or wrong, but also being able to find out why they’re making that decision and a deeper understanding so you can help.

SA: One thing I’ve heard from coaches is the challenge of getting girls to watch high level soccer. Do the girls you coach learn from watching?

I think that’s really important and what I’ve seen with the players we have, they can have conversations about Chelsea and Liverpool, etc. They’re invested.

With the Internet and social media, it’s easy pull up a clip, follow a team, follow players, watch players and copy players and learn from players.

SA: How much influence does the full national team have on young players, do you think?