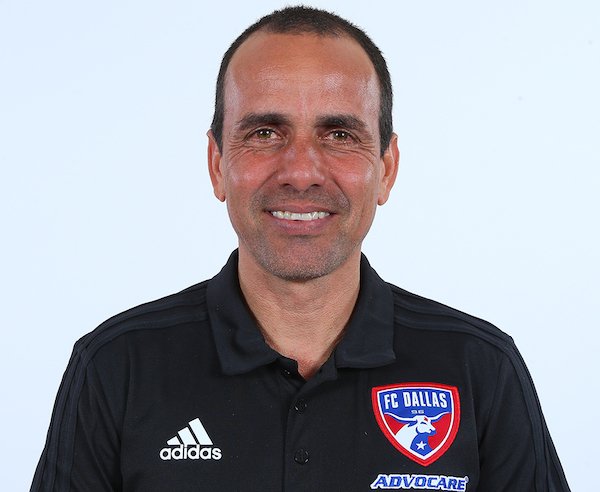 Oscar Pareja, an FC Dallas institution, is leaving the MLS club, where he served as head coach for the last five years.


FC Dallas announced they have mutually agreed to part ways. The move clears the way for the 50-year-old Colombian to become the head coach at Mexican club Tijuana, as first reported by Goal.com's Ives Galarcep.

“This was a difficult decision for everyone involved, but after extensive discussions over the last few weeks, we believe the best course of action is for Oscar to pursue another opportunity,” said FC Dallas chairman and CEO Clark Hunt said in a statement. “[FC Dallas] Dan Hunt and I have tremendous respect and admiration for Oscar as a coach and as a person, and we sincerely appreciate his significant contributions to the club over the years. He will always be an important part of our FC Dallas family.”

Pareja, a Colombian international, played the last eight years of his playing career with FC Dallas after first playing for part of 1998 in MLS at New England.

He moved into coaching but made his mark when he was named director of player development for the FC Dallas youth system. In 2010-11, Pareja was named the U-18 Development Academy Coach of the Year and led the U-18s to second place behind Pateadores at the USSDA national championship.

The 2011 team included U.S. international Kellyn Acosta, whom FC Dallas traded to Colorado this summer, and Victor Ulloa, who started for FC Dallas in 2018. Other players from that team later moved to clubs in Mexico and Germany.

Pareja coached the Rapids in 2012 and 2013 before returning to FC Dallas to take over as head coach in 2014 for Schellas Hyndman.

Pareja is leaving a job with tremendous job security for one of hottest seats in Liga MX. Tijuana has had 13 coaches (interim coaches) in last decade. Of last nine, only Miguel Herrera lasted at least two full half-seasons.
fc dallas, mls
Next story loading