The U.S. men's national team wrapped up its 2018 season on Tuesday in the Belgian city of Genk, where a pro-Italian crowd went home happy as the Azzurri beat the USA, 1-0, on a goal in the dying seconds of stoppage time.

The year under Dave Sarachan, coaching his last game as interim coach on Tuesday, was immediately panned as a complete waste.

I'd suggest that 2018 and how it ended are the best thing that has ever happened.

After Thursday's 3-0 to England at Wembley, it was hard to imagine that the USA could play more poorly, but it was only saved from a heavy defeat by some poor finishing by the Italians and the goalkeeping of Ethan Horvath.

England and Italy did what other teams have been doing for the last six months and exposed just how far behind the USA is from the world's top programs. The only difference is that the USA didn't manage to get results in its favor like it did with its 1-0 win over Mexico and 1-1 ties with France and Peru. 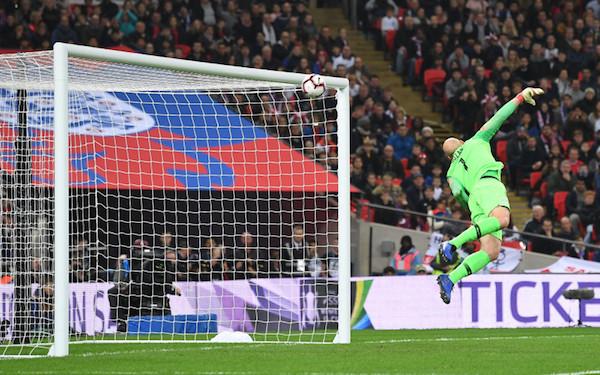 The worst thing that could have ever happened is the USA tying Italy, 0-0, and anyone coming away believing the year ended on a positive note. What positives can you take from a game in which the USA touched the ball 14 times in the opposing third in the first half or the USA was outshot, 17-3?

A permanent coach, presumably Gregg Berhalter, should be announced next week and all the attention will be on why the process took so long. It will then shift to what players he'll call in and how he'll have them play. All that will move the national team forward, presumably farther than Sarachan, placed in an impossible position, was able to do, but it will miss the point.

For three decades, from the afternoon at the Soccer Park in St. Louis when Lothar Osiander engineered the USA's 3-0 win over Canada that put the national team on its path to qualifying for the 1988 Olympics, until the USA-T&T game in Couva a year ago, results mostly went in the USA's favor, or at least more often than not, so we could all feel really good about the state of the game.

We like to focus on the progress that we see with young Americans breaking into the first teams of major European teams or teenagers as young as 16 making the game-day rosters of top MLS playoff teams. But it's all grasping at straws.

Getting opportunities on major European teams is one thing; staying in the lineup is another thing. Few young Americans are breaking into MLS teams. If everyone's healthy, only three Americans under the age of 25 -- Tyler Adams and Alex Muyl for the Red Bulls and Jeremy Ebobisse at Portland -- should start for the MLS conference finalists on Sunday.

More than a replacement for Sarachan as national team coach, American soccer needs someone to lead a national conversation about what is the reality.

How far we've come, but how much farther we have to go ...

No one at the federation in Chicago is capable of leading that conversation. Nor is its new president, Carlos Cordeiro.

Handed a bully pulpit, Jurgen Klinsmann told a lot of hard truths. When he wanted to be, Bruce Arena could be equally blunt. One was a German, the other a New Yorker. One the son of a baker, the other the son of a butcher. Both were taught the value of hard work and preached it.

But all too often, they got sidetracked by the task at hand of achieving short-term results.

Gregg Berhalter doesn't share the persona of Klinsmann or Arena. But he is a very thoughtful man. Let's hope he or whoever is named national team coach doesn't lead us astray in the search for a quick turnaround so we don't have an honest conversation about why the national team could look so badly as it did at Wembley and in Genk.