MLS: A league shackled by its own regulations

You may have noticed that a new record has been established in the art world. Whatever kind of record could that be? An award for the fastest painting ever? Or the biggest? Obviously, it could not be for “the best” -- no two people would ever agree on that.

Of course not. We’re talking money: David Hockney’s painting “Pool with Two Figures” has been sold -- at auction -- for nearly $90 million. A record for a work by a living artist. When the hammer came down on the winning bid, those gathered in the auction room applauded. 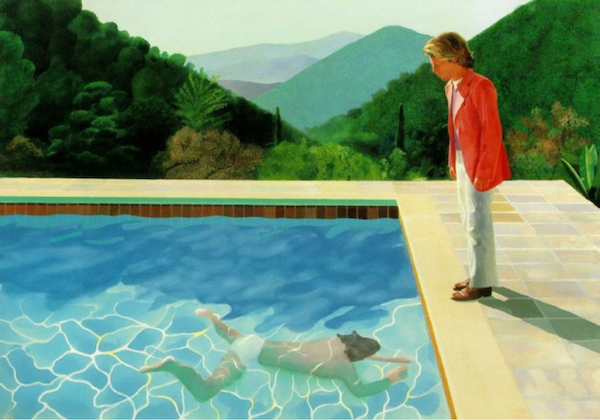 What were they applauding? Hockney? His painting? I think not. Basically, it was the money. Writing about the sale in The New Yorker, Andrea K. Scott observed: “But too often these days, when we talk about art, we talk about money."

No doubt they do. But we do, too. We -- us soccer people. These days, when we talk about soccer, we talk too often about money. Just in case we forget to pay homage to Mammon, there, to keep us in line financially, is Forbes Magazine.

And so to soccer. Forbes has just informed us that Atlanta United is now the “most valuable” team in MLS, and that it is worth $330 million. A money judgment, then. As though that is all that matters. What has Forbes to say about the team -- say, the way it plays, what makes it exciting to watch, even a word or two about the key players? Nothing. Miguel Almiron and Josef Martinez do get a mention in a nearly 3,000-word Forbes article, but only to laud the fact that their shirts sell well.

(I have read several of the stories about the Hockney sale -- not one of them had anything to say about the artist’s technique or about any intrinsic qualities of the painting itself.)

So we’re presented with a long Forbes article that says a lot about money but virtually nothing about soccer. Well, Forbes is a financial magazine, so what’s wrong with that?

Quite a lot, it seems to me. Primarily because it implies that financial success has nothing to do with soccer success. Indeed, reading through the Forbes story there are patches when the sport seems to have vanished altogether. Maybe it’s the marketing of lawn mowers that is being discussed.

This inability to come to grips with -- I’ll use the term much used by financial and marketing people -- the product (soccer) is bound to lead to misunderstandings, misjudgements even.

For a start it is quite extraordinary that among the nearly 3,000 words of the Forbes article, there are two absolutely key words in any discussion of MLS finances that never appear: single entity. 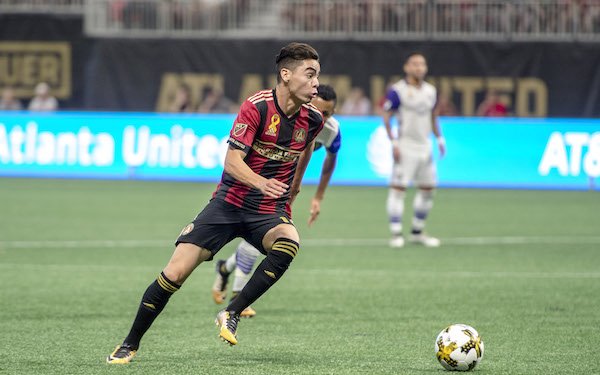 This omission may well please Don Garber and the other MLS honchos. The single entity structure, a sine qua non in the birth of MLS, has become something of an embarrassment. If not that, then certainly an awkward obstacle that stands in the way of the inevitable onward and upward ambitions of the league.

That problem -- of the league’s financial policy thwarting its own growth -- does not get discussed by Forbes. Yet it is mentioned -- and treated rather as a plus than a minus.

Forbes mentions that Atlanta - “Unlike some [MLS] expansion clubs that turned to aging superstars to drive fan interest ... instead brought in young up-and-coming stars like Martinez, Almiron and Hector Villalba . . .”

Which is quite true. But the problem of MLS clubs bringing in promising youngsters is that -- assuming they dazzle -- they will quickly be carried off by richer European clubs. I find it difficult to believe that a genuine soccer club, with a large number of devoted (please, not passionate) fans can be built up if the club regularly -- say, every two years? -- sheds its most popular players.

Forbes has a different viewpoint. Very different. Unloading young stars is to be welcomed as a good thing. How so? Because they are an asset “who the team can eventually sell for a profit.” We are asked to view the team merely as an entity that has a chance to make a profit. Is that how professional sports teams become popular ... and successful?

The soccer club as a business. This is a view that I cannot accept, believing as I do that a club should be something more welcoming, something warmer. Something that calls forth responses more human than a mere desire to make a profit.

MLS, at this moment, is something of a fantasy league. All of its leaders know perfectly well that, as long as it continues with its single entity structure, it cannot achieve its stated aim (certainly not an impossible one) of becoming one of the world’s most important soccer leagues.

In a word, it does not pay its players well enough. A league that can only attract top players when they are past their best, a league that, when it does sign younger stars, will rapidly lose them to high-spending European clubs.

The Forbes view -- the soccer-as-business view -- would seem to reflect the current realities of professional sport, the hard, no-nonsense reality of Darwinian economics. It is a fact that when we talk of soccer, too often we talk of money.

Yet there is evidence that Forbes is (as I would expect) blithely unaware of the full implications of its delight in selling-on young players for profit. The give-away is the use of the word “eventually.” These bright young stars can be sold on eventually says Forbes -- obviously unaware that eventually is more than likely to mean “quickly” -- after two, or even one season.

It’s not just players. Atlanta has already lost coach Gerardo “Tata” Martino, the key man in acquiring the young players. And it seems that Almiron, and maybe Martinez, will also depart soon. After just two years. Can that really be the way to build on the phenomenal success that Atlanta has achieved? Is that fair to the fans?

But that is the way that MLS is condemned to operate. Forbes is beside itself with glee at the thought of the profit to be made from selling young players, and quickly points out that the league can also sell promising American youngsters developed by MLS clubs themselves. How about Alphonso Davies, sold by Vancouver to Bayern Munich for some $20 million? This is an astonishing amount to pay for a virtually untested 17-year-old. I doubt it will be repeated any time soon. But Forbes evidently sees it as a sign of dollars to come. And therefore unassailably a good thing.

MLS commissioner Garber may also see it as proof that the large amounts of money that the league’s clubs invest in player development -- now over $100 million a year we’re told -- are paying off.

Maybe. But there is abundant evidence from within the USA itself that player development programs, to be successful, need much more than a copious flow of dollars. They also need soccer awareness and intelligence. In the USA, youth soccer is probably better financed than anywhere else in the world, yet it has so far proved quite unable to produce the stream of top class players necessary to make up a strong American national team.

As for the MLS, its teams feature virtually no top players who have come through its academy system. The best of those players move quickly, and not necessarily profitably, to Europe. Where they are unlikely to find life easy. Those who remain in the USA are the merely good, not the exceptional, players.

For many of the American youngsters the glamour of playing in Europe seems to be as big a lure as the dream of a huge salary. Either way, the reality works against MLS. Whether its young stars come from abroad or from the USA, MLS will not hang on to them for very long.

We are left with a thoroughly unsatisfactory image of MLS. Its detractors still see it as an elephants’ graveyard for over-the-hill stars. While Forbes, more up to date, happily sees it as a profitable factory supplying young stars for the rich teams of Europe.

Garber has no need now to refute the accusations that MLS is a retirement home for has-beens. The league has proved that is not so. But it would be useful to know what Garber thinks about his league’s current status: Adding teams, proving that its business plan -- single entity -- is working well, but nevertheless a league that is becalmed, treading water because those same single-entity regulations prevent it from spending the money that would allow it to challenge for a position among the world’s elite leagues.

And I do not think that it is good enough to point to some distant future when single entity will automatically vanish as the money pours in. If that is the vision, then it is difficult to understand why MLS is spending $100 million a year on player development that produces very little.

But I must admit some doubts about my own position. I have made it clear that I find Forbes an irritating magazine (not least because of its use of the word "monetize"). I do not believe that creative activities can be measured, nor appreciated, solely in terms of financial gain -- that everything can be monetized. Whether it is that Hockney painting or the Atlanta United team, the element of human creativity looms large, and that is not something to be measured in dollars. Forbes, as I see it, is a perfect example of Oscar Wilde’s definition of a cynic: Someone who knows the price of everything but the value of nothing.

I want to see the value of a soccer club measured in the activities of the people involved -- the directors, the coaches, the players and the fans. That seems right and proper to me.

But ... if I’m wrong? If the world has so changed during my lifetime that my view is simply out of date? That the idea of a soccer club (or, I suppose, any professional sports club) is now generally accepted to be that seen through the dollar-tinted Forbes spectacles: that the sporting values take second place to the money-making activities.

Is it possible that today’s fans, today’s MLS fans, will find that acceptable? I hate the sound of that. I wouldn’t want that to happen. But I fear it.

mls
13 comments about "MLS: A league shackled by its own regulations".
Read more comments >
Next story loading