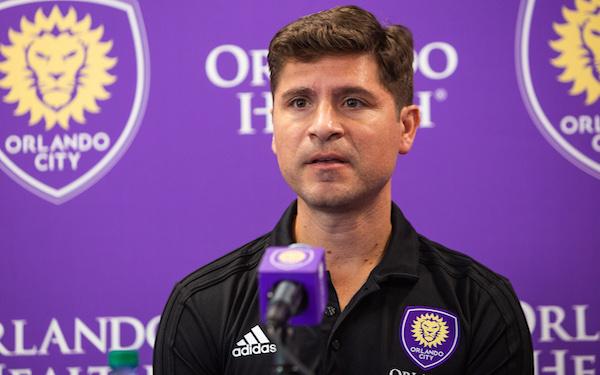 is out as general manager of soccer operations for Orlando City and the NWSL's Pride after disastrous 2018 seasons.

Orlando City invested heavily in talent in the offseason but once again failed to make the playoffs, slumping to last place in the Eastern Conference with a 8-22-4 record.

After failing to make the playoffs for the third year in a row in 2017, Kaka retired, Cyle Larin was sold to Besiktas in Turkey, and 15 players in all were gone.

But a makeover that included offseason moves for Oriol Rosell, Sacha Kljestan, Justin Meram and Josue Colman didn't pan out. By mid-season, Jason Kreis was gone as coach and replaced by James O'Connor. The Lions started with a 6-1-2 record, winning six games in a row, but they only managed two wins in 25 games after that under Kreis and O'Connor.

The Pride lost its last four games -- it didn't win a game after the men's World Cup final in July -- and failed to make the playoffs.

Budalic's departure comes as Orlando City makes offseason MLS roster moves and the organization looks to hire a new coach to replace Tom Sermanni as Pride head coach. It is also re-launching a team in the USL -- this time in League One -- and opening a new training facility.

“We start a new year with many projects to look forward to," said CEO Alex Leitao, "including strengthening our soccer operations department for the MLS and NWSL teams, opening a new training complex as well as kicking off the season with a revamped Academy structure and OCB sitting at the top of the player development pyramid in the USL League One.”

Budalic arrived in January 2016 as assistant general manager and was promoted to general manager of soccer operations for both Orlando City and the Pride in the NWSL in December 2016.