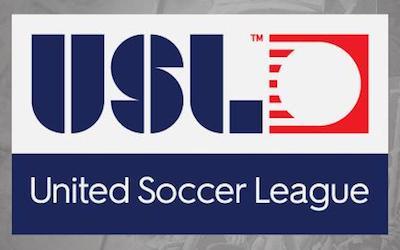 The United Soccer League has voluntarily recognized the USL Players Association as the union representing players in the Division II league.

The move paves the way for the owners and players to sit down and reach a collective bargaining agreement on key employment issues. The Voluntary Recognition Agreement (VRA) covers only teams in the USL Championship -- not the new USL League One -- and not players on MLS contracts on loan from MLS clubs.

The driving forces in the union effort were three members of the USLPA executive committee:

-- Tom Heinemann, who recently had his claim against FC Cincinnati for breach of contract upheld on arbitration;
-- Trey Mitchell, a former MLS pool goalkeeper who played for the USL's Pittsburgh Riverhounds in 2017; and
-- Connor Tobin, whose 10-year pro career includes stints in Norway, the NASL and USL, now with North Carolina FC.

The USL has seen significant growth this decade -- expanding from 12 teams in 2011 to 36 expected for the start of the 2019 season -- but their financial situations vary widely. FC Cincinnati, which will join MLS in 2019, averaged more than 25,000 fans a game in 2018, but more than half the teams averaged less than 4,000 a game, including three MLS second teams averaging less than 1,000 a game.

There has been a wide range of standards by which teams operate in terms of pay -- from year-round contracts to season-only contracts, as well as bonus-driven agreements and hourly deals -- and benefits. Not all players are covered by health insurance. Some of those issues hit home as players left without jobs after the NASL did not go forward with the 2018 season entered the USL player market.

Given the hurdles -- and costs -- involved in gaining union recognition, what the USLPA has accomplished in achieving its organizing goal and being recognized as a union -- and an independent union at that -- is significant. (Many unions seeking recognition are co-opted by bigger unions because of the costs of getting off the ground.)

As a matter of comparison, there has been a players union since 1967 for minor league hockey but there's no union for minor league baseball players. (A case filed U.S. District Court in San Francisco by three players alleging Major League Baseball and its teams violated the Fair Labor Standards Act regarding minimum and overtime pay was derailed with passage of the 2018 Save America’s Pastime Act exempting the clubs from federal minimum wage laws.)

The USLPA's efforts were all the more difficult because of the transient nature of the league. Players come and go each season, creating tremendous instability in a locker room, where trusted and established leadership is necessary to guide a union movement forward.

The agreement is also a boost for the USL, which wants to be viewed as more than simply a minor league or second division. As more and more executives and coaches move from MLS and take over new USL teams, they are pushing for better working conditions to attract better players, and this move will push other clubs reluctant to spend more to take these steps and end poor working conditions.

The players were co-represented by the firms of Prince Lobel Tye and Segal Roitman. The work began when Tobin contacted Steve Gans, who is a partner at Prince Lobel, in the aftermath of Gans' bid for U.S. Soccer president in February. Paul Kelly was brought on from Segal Roitman, a boutique labor law firm specializing in the employee side.

Gans termed it "momentous" that the players and league reached a VRA -- particularly in the context of the history of labor discord that existed for many years in soccer.

“Today is a historic day in U.S. soccer history with the USL’s recognition of the player-organized USLPA. We see this as a significant step forward in the continued development of both the USL and the US soccer landscape. We are extremely grateful to the players for designating the USLPA as their bargaining representative and look forward to communicating with all players about the next steps in this process. Additionally, we look forward to partnering with the league to not only improve conditions for all players but to grow the stature of the league and the fan bases across North America.”

"We look forward to working through this process with the USLPA and our individual franchises, and we are confident that our league, our clubs, our players, coaches and our fanbase will all be stronger as a result. In many ways, this is simply the next, natural step in the evolution of building a great and enduring professional soccer league."