Six more teams announced their roster moves made by the Monday deadline regarding players not already contracted for the 2019 season.

Among the players not retained were a pair of players who went to the 2018 World Cup: Costa Rican Marco Urena (LAFC) and Panamanian Adolfo Machado (Houston).

All the teams eliminated from the MLS playoffs have announced their moves except D.C. United, NYCFC and San Jose.

Colorado. Kellyn Acosta was among four players whose options were picked up. They give the Rapids 18 players under contract for 2019. Eight players had their contract options declined, while two more are out of contract. Colorado didn't exercise the purchase option on former U.S. national team defender Edgar Castillo’s contract from Monterrey, but negotiations were ongoing.

Houston. Honduran internationals Boniek Garcia, a member of the Dynamo since 2012 and its last trip to MLS Cup, and Romell Quioto were among 10 players whose contract options were picked up. Adolfo Machado, a member of Panama's 2018 World Cup team, and five other players had their options declined. Arturo Alvarez, DaMarcus Beasley, Philippe Senderos and Andrew Wenger are all out of contract, while Luis Gil's loan from Queretaro in Mexico is set to expire on Dec. 31.

LAFC. LAFC exercised contract options on goalkeeper Tyler Miller, midfielders Mark-Anthony Kaye, Lee Nguyen and Josh Perez and forward Shaft Brewer, Jr. They give the club 16 players under contract for the 2019 regular season. Costa Rican World Cup forward Marco Urena (photo) was the most notable of the seven players who had contract options declined. Defenders Jordan Harvey and Walker Zimmerman and midfielder Benny Feilhaber, who all started in the 3-2 loss to RSL in the Knockout Round, and Dejan Jakovic will be out of contract. Loan agreements for goalkeeper Luis Lopez, defender Danilo Silva, another playoff starter, and midfielder Aaron Kovar (with Seattle) expired. 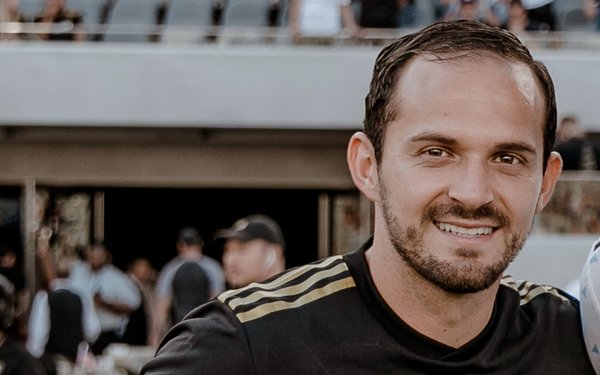 Orlando City. The Lions picked up options on nine players, including rookie Chris Mueller, who led the team in appearances with 32. They give Orlando City 21 players under contract. Joe Bendik, the starting goalkeeper for much of the season, and former U.S. national team defender Jonathan Spector were among eight players who had their options declined. The contract of keeper Earl Edwards, Jr. has expired.

Real Salt Lake. Forwards Corey Baird, Sebastian Saucedo and Jefferson Savarino, who combined for 18 goals and 11 assists, were among the six players whose options were picked up to go along with the 15 whose contracts were already guaranteed for the 2019 season. RSL declined the contract options on 11 players, including Luke Mulholland and Sunny, who split time starting in midfield in the playoffs.

Toronto FC. Drew Moor, who started on the MLS Cup 2017 championship team but played only eight games in 2018 because of injuries, was one of eight players whose contract options Toronto FC exercised. Goalkeeper Clint Irwin and forward Tosaint Ricketts had their contract options declined, while Jason Hernandez and Jordan Hamilton will both be out of contract at the end of the year. Loan deals for Auro Jr. and Lucas Janson will both expire on Dec. 31. In addition, Spanish midfielder Ager Aketxe's contract was terminated by mutual consent.