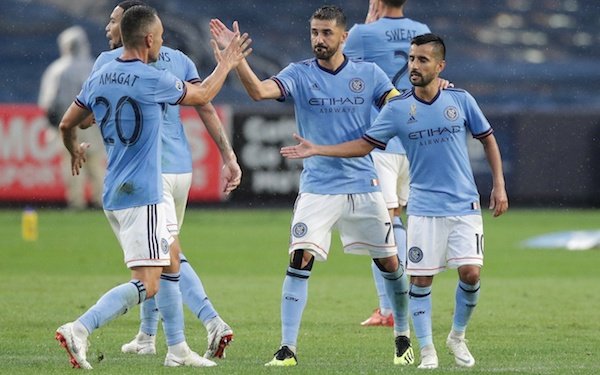 , who more than any other player was responsible for New York City FC's success over the last three years, won't be back in 2019.

While teammates Frank Lampard and Andrea Pirlo struggled to make an impact in MLS, Villa was an instant hit with NYCFC. It went 10-17-7 in its first season but has made the Eastern Conference semifinals each of the last three seasons.

Villa, who won the 2010 World Cup with Spain, left Atletico Madrid after the 2013-14 season and was the first signing by NYCFC for its 2015 launch.

The NYCFC captain scored in the first game at Yankee Stadium and finished with 18 regular-season goals in 2015. He scored 23 goals in 2016 when he was the MLS MVP and 22 in 2017. Injuries limited him to 23 appearances and 20 starts in 2018 but he still scored 14 goals. He finished with 77 goals in the regular season and three in the playoffs.

Villa's only disappointment will be that NYCFC won't have gone farther in the MLS playoffs. It had a bye in the conference semifinals in 2016 and 2017 but lost to Toronto FC and then Columbus. In 2018, it beat Philadelphia, 3-0, in the Knockout Round but was swept by Atlanta United in the two-leg conference semifinals.

“I would have liked to give the supporters the MLS Cup," he said, "but I don’t have any doubts that in the next years the club will get it for sure. My experience here was amazing. It gave me everything as a soccer player, as a person, and as a family man. I’ll always remember this experience with love. My heart is here and I’m an NYCFC supporter forever.”

Villa, who lived in Manhattan with his family, was very popular with the New York fans.

"David has been an incredible ambassador and captain to this club since the moment we signed him,” NYCFC sporting director Claudio Reyna said in a statement. “His professionalism and leadership helped us through the challenges that a new team faces when they come into the league. He’s represented New York City FC tremendously both on and off the pitch and has been a real leader for this football club.”

Villa, who turns 37 on Monday, does not plan on retiring. He did not say where he intends to play though he has been linked to a move to Japan, where former Spain and Barcelona teammate Andres Iniesta plays. 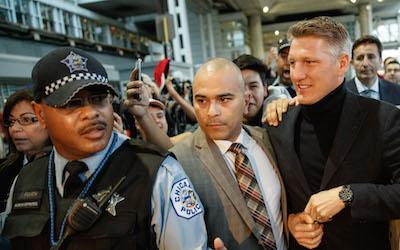 Schweinsteiger returns. While Villa is leaving MLS, another World Cup champion is staying for a third season.

Bastian Schweinsteiger, who won the 2014 World Cup with Germany, is staying with the Chicago Fire as a Designated Player for the 2019 MLS season.

Schweinsteiger was a bright spot for the Fire, though, often playing at center back and finishing with four goals and had a club-high six assists. While there had been questions about Schweinsteiger's durability because of injuries when he joined Manchester United, he has played 55 of 68 regular-season games for the Fire.

“I believe in this club and I believe that we can be champions,” said Schweinsteiger. “This American journey has been very special for me and my family. I love being a part of the Chicago Fire and we appreciate how the city has embraced us with open arms.”