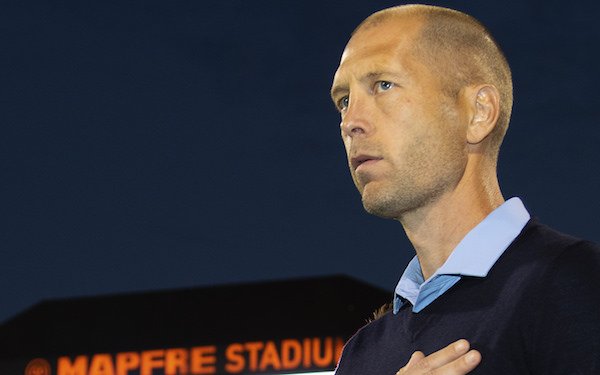 The worst-kept secret in the history of American soccer is out.

The announcement comes 415 days after Bruce Arena resigned as national team coach in the aftermath of the USA's 2-1 loss to Trinidad & Tobago that eliminated it from the 2018 World Cup. The USA has played 12 games -- all friendlies -- after that under interim coach Dave Sarachan.

Berhalter, the Columbus Crew head coach since 2014, will be introduced at a press conference on Tuesday in New York City.

Berhalter, who played with Stewart and Reyna on the 2002 U.S. World Cup team that reached the quarterfinals in South Korea, spent most of his playing career in Europe, turning pro after his junior year at North Carolina and playing for teams in the Netherlands (Zwolle, Sparta Rotterdam and Cambuur), England (Crystal Palace) and Germany (Energie Cottbus and 1860 Munich).

Berhalter, who earned 44 U.S. caps, joined the LA Galaxy in 2009 for Arena's first full season as head coach and added duties as an assistant coach in 2011 when the Galaxy won MLS Cup. After the 2011 season, he was recruited by Galaxy owner AEG to serve as head coach of its Swedish team, Hammarby, then playing in the second-tier Superettan. He was fired midway through his second season, Hammarby chairman Kent Hertzell saying that "we have not seen good enough dividends in the offense."

But in his second season as the Columbus sporting director and head coach of the Crew, Berhalter led the Crew to MLS Cup, where it lost at home to Portland, 2-1. Columbus reached the Eastern Conference final in 2017 and semifinals in 2018.

Berhalter hiring. The hiring process was delayed until after Stewart came on board on Aug. 1 following his departure from the Philadelphia Union, where he served as sporting director.

-- Former national team players who earned at least 100 caps and served as captain a minimum of five times; and
-- Select MLS technical directors.

“I felt getting the feedback of those who had contributed so much to the success of our national team in the past was important in helping to establish the profile,” Stewart said. “I didn’t want it to be random either. The criteria I set for who I would reach out to was purposeful."

Added Value Qualifications
-- Experience as a head coach in different environments;
-- Ability to speak multiple languages;
-- Knowledge of American soccer landscape and good understanding of the player pool;
-- Understanding of Concacaf and FIFA;
-- Has worked with multiple staff members and can manage/delegate accordingly; and
-- Extensive experience in tournament formats as a player and/or head coach 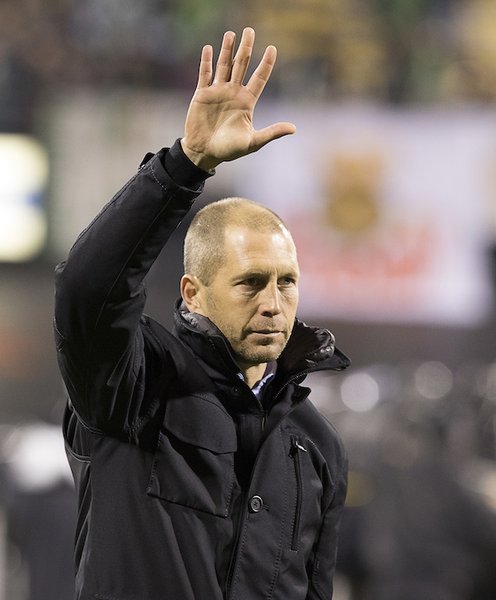 Stewart drew up an initial list of 33 coaches and then reduced that list to 11 candidates who scored highest on the Base and Added Value qualifications. He had what were termed "conversations with candidates on the list" and reduced the list to two finalists.

Yahoo Sports' Doug McIntyre, the first to report that Berhalter was finalizing an agreement with U.S. Soccer following the Crew's exit from the 2018 MLS playoffs, reported that former FC Dallas coach Oscar Pareja, recently hired by Mexico's Tijuana, and Berhalter were the only coaches Stewart formally interviewed.

“Gregg has the background as a person, successful coach and former player,” Stewart said. “When it comes to the base and added value qualifications, he scored extremely high. His willingness, work ethic and ideas about developing this player pool and influencing these players in and outside of camp and the thought process he has about that -- constantly seeking new things -- set him apart.

“He is a coach that is learning at all times. Every single day he tries to develop himself so he can be a better leader for the team that he has. That is something that really stood out with Gregg and went a long way in the decision to offer him the job.”