The problem of prejudice still at the heart of Scottish soccer

Ask a thousand fans why they watch sports and what they get out of it, and you will hear one thousand different answers. One of the most magnificent (or, perhaps, one of the most terrible) things about sports is that the diversity of opinion it provokes can reflect the diversity of how we feel about anything -- be it politics, music, movies or marzipan. Every game and every team, at any level, can provoke a range of considered opinions, knee-jerk prejudices, or a palette of wild and even uncomfortable emotions. 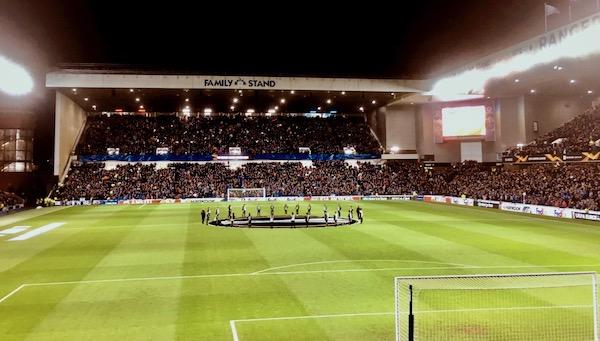 Which brings me to soccer in Scotland, one of the game’s founding nations that never followed up on its early role as a pioneer of the passing game, and the exporter of players with character, flair and a measure of world-class talent. Its national team has not qualified for a major tournament since the 1998 World Cup, while its domestic competition has been hobbled by the dominance of the two giant Glasgow clubs, Celtic and Rangers, who suck in fans from surrounding towns with struggling teams of their own.

For family reasons, I spent much of my teen years in the 1980s watching Scottish club soccer. Thanks to two well-managed upstart teams -- Aberdeen and Dundee United -- it was the last era when the Glasgow duopoly was seriously challenged. As someone who had grown up exclusively watching games in the English fourth division, I was riveted not just by the breakneck, tearaway nature of the on-field action in Scottish soccer, but by the involvement of the fans. They were expressive and entertaining in an ear-scalding, serially slanderous fashion.

Last week I returned to Ibrox Park for the first time in 32 years to see Rangers take on Villarreal in the Europa League, a most under-rated competition. Nothing much has changed in those three decades, and I was impressed anew at the ability of some fans to scream entire sentences that contained only expletives. It used to be the same at Celtic Park, and I doubt that much has changed there either.

Rangers’ coach Steven Gerrard duly claimed that the crowd helped his team over the line to gain a creditable 0-0 draw against the Spanish side, leaving Rangers with a chance of progressing to the competition’s knockout stage as they go into a final group game away at Rapid Vienna. The Scottish side had spent the entire second half with 10 men after Portuguese midfielder Daniel Candeias was unjustly ordered off. The crowd’s enthused lobbying for their players to win every challenge during the hard-fought closing stages undoubtedly played a role in the result, although the credit should mainly be placed in the heroic hands of Rangers’ keeper Allan McGregor for a sequence of outstanding saves.

After the game I wrote flippantly on Twitter about how the wrath of the Ibrox faithful had not abated in over 30 years, and how maybe some recreational drugs and ambient music might calm them down. A Rangers-supporting friend asked me why I’d even gone to the game if I didn’t like the way the fans backed their team. I said I’d gone purely for the soccer, which was unrelentingly captivating, and had turned out to be possibly the greatest 0-0 draw I’d ever seen. I wasn’t disturbed by the fans around me, so much as fascinated by their sustained fury against the referee, his assistants, the opponents and, in many cases, their own players.

That’s not to say every Rangers fan present was as livid as the three men directly to my left. The fan in the seat to my right was just as low-key as myself -- an interloper with an English accent and a lapsed affiliation inherited from my father. Even a stadium as heated as Ibrox hosts a majority of supporters who don’t want to momentarily tear their own right-back limb from limb for making a single mediocre pass.

All this before navigating issues of religion and nationalist politics that frame the Celtic-Rangers rivalry, and which quickly turn a discussion about the future path of Scottish soccer into a cacophony of accusation, counter-claim and paranoia, weighed down by history and the nurturing of perceived injustice perpetrated down the decades by referees, the media, the Scottish Football Association, and probably the CIA too. Some involved with the teams play down these hate-fueled debates and cite noisy minorities as the cause. It’s certainly true that the loudest, most extremist elements always attract more attention. Do they, however, truly reflect the identities of their clubs?

A number of neutrals think that Rangers and Celtic have no interest in seriously decoupling themselves from their problematic pasts. Officially, there is of course no endorsement of unsavory political and religious views. But the small segments of extremist support are clearly visible among both sets of fans, as they are at Edinburgh’s Hearts of Midlothian. My view is that it wouldn’t take much of a concerted campaign to confiscate the paraphernalia of prejudice and clamp down on toxic sectarian chants.

That won’t happen, though, as long as these elements add an edge to the game that’s for so long been missing on the field. They fill the identity gap left by the absence of teams that conquer Europe, like the Celtic of 1967, the Rangers of 1972, or the Scottish national team that qualified for five successful World Cups until 1990. And that until anything changes from the game’s leaders, or through the initiative of fans fed up with being out-shouted by bigots, then Scotland’s soccer glory days will remain static, embodied in pictures, trophies and documents boxed and framed at Hampden Park within the walls of the National Football Museum.

scotland
4 comments about "The problem of prejudice still at the heart of Scottish soccer".
Read more comments >
Next story loading