Back when it was rare for an American to land a contract in Europe, Gregg Berhalter  moved to the Netherlands at age 21. 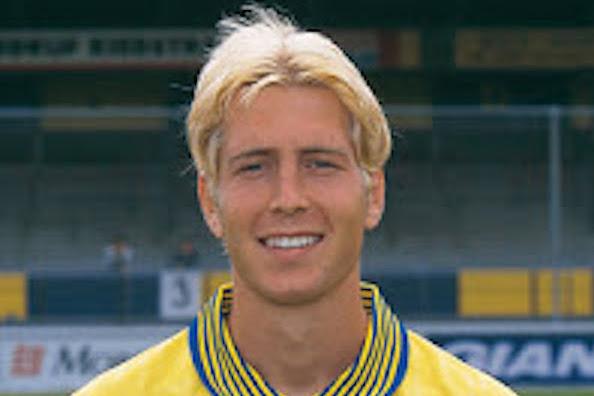 The New Jersey product had played three seasons at the University of North Carolina (1991-93) and captained the USA at the 1993 U-20 Word Cup. In 1994, he joined the U.S. U-23 national team, coached by Bob Gansler, on a Netherlands trip for four games. Gansler was accompanied by the legendary Dutch coach Rinus Michels, whom U.S. Soccer had hired as a technical advisor.

"I was playing well," Berhalter told Soccer America in 1995, "and I told Rinus Michels I wanted to play at a higher level. He told some Dutch clubs I was highly recommended. He's a god over there, so it helped a lot."

Berhalter had impressed the Dutch club scouts and the endorsement from Michels helped seal the deal. FC Zwolle of the Dutch second division offered him a one-year contract. No tryout required. But first he had to convince his parents that leaving college before receiving a diploma was a good idea.

Gregg's father, Joe, told Soccer America in 1998, "We get a call from Holland and Greg tells us, 'I don't think I'm going back to North Carolina.' And I say, 'Get your butt on a plane.'"

But after Gregg's discussions with his father and mother, Dolores, they supported his move to go pro. "We knew that international players his age had already played a couple years of professional soccer. After talking with him, we realized we didn't want to take another year away from him and add to his disadvantage." 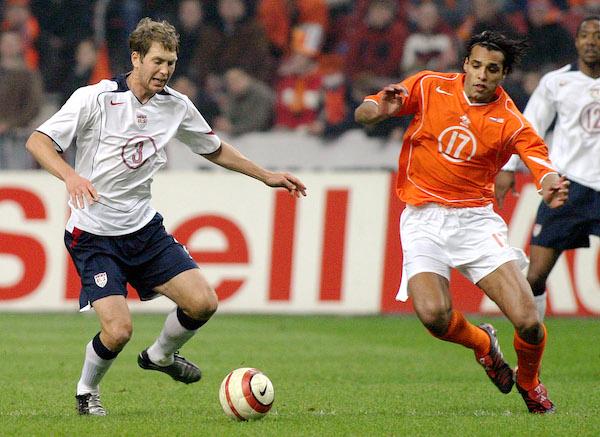 Gregg's introduction to soccer as a child stemmed from his parents' efforts to steer him and his brother, Jay, away from tackle football.

"If we would have told them not to play football," Joe said. "They would have run right out and done it. That's how kids are."

The ploy worked. By the time they were big enough for tackle football, they had fallen in love with soccer. "They were too good to give it up," said Joe.

The North Carolina coach at the time, Elmar Bolowich, welcomed Berhalter to the Tar Heels without having seen him play. "He recruited the school," said Bolowich, who started Berhalter at sweeper his freshman year.

"He didn't get as much respect or as much notoriety as a lot of other players in the Northeast," Reyna said. "But those who grew up with him and knew him well knew how hard he worked and that he could make it at a higher level."

At their home in Tenafly, New Jersey, Gregg and Jay played constantly in the backyard. One-on-one, shooting contests, crossing games, heading and juggling. While at UNC, Gregg would use the recreation center's racquet ball court to work on his skills until it closed at 10 p.m. 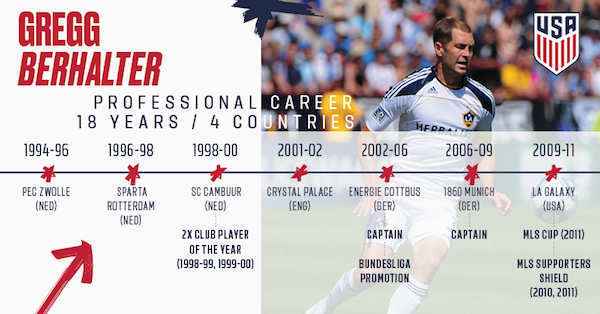 Berhalter made a smooth transition at Zwolle, the Dutch second division club that averaged 5,000 fans, who cheered the central defender on with chants of "Greggy." After two seasons with Zwolle, he moved to first division Sparta Rotterdam and SC Cambuur.

He was Cambuur's Player of the Year each of his two seasons, but the team was relegated to the second tier in 2000.

Following six years in the Netherlands, Berhalter had a stint with second-tier Crystal Palace in England. He joined Bundesliga club Energie Cottbus after playing for the USA in its quarterfinal run at the 2002 World Cup. It was Berhalter's shot in the 1-0 quarterfinal loss against Germany that was infamously stopped Torsten Frings' hand without referee Hugh Dallas awarding a penalty kick.

Cottbus, one of the former East Germany clubs that struggled in the unified Bundesliga, was relegated during Berhalter's first season, but he helped it win promotion back to the top tier while serving as captain in the 2005-06 season.

Despite winning promotion, Berhalter left Cottbus for second division 1860 Munich, which named him captain up his arrival. He left Germany in 2009 for the LA Galaxy, after 196 games and 17 goals for Cottbus and 1860 Munich. With the Galaxy, Berhalter finished MLS Cup runner-up in 2009 and in his last season was player/assistant coach when it won MLS Cup 2011 under head coach Bruce Arena. 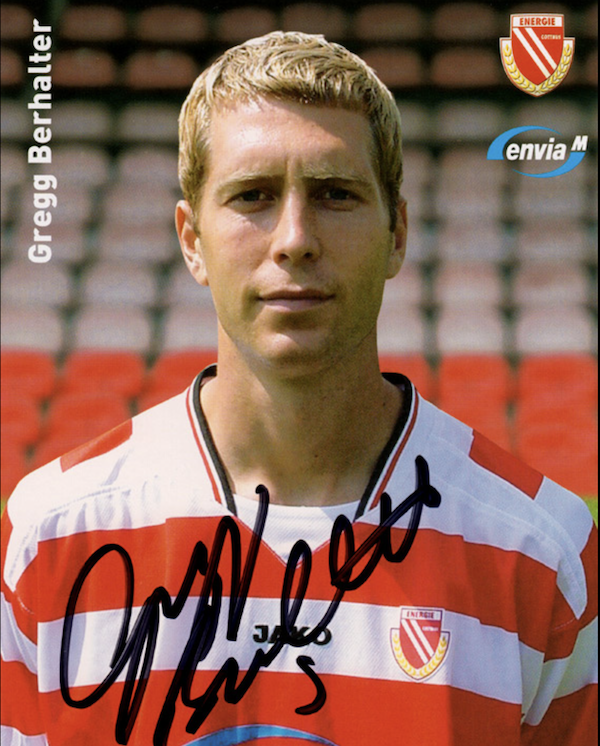 Much of Berhalter's career in Europe was a roller-coaster between the first and second divisions. The Energie Cottbus club he joined was called by Franz Beckenbauer "a hopeless case" for top-tier soccer. That Berhalter captained it back to the top tier has not been forgotten. Upon his appointment as U.S. national team boss, Rundfunk Berlin-Brandenburg headlined the news with: "Energie Legend becomes national team coach."