Arnie Ramirez stays in touch with the players he coached in New York and New Jersey since the 1970s – and there’s a long list of players who joined the pro ranks and have become coaches. Two of them are in the news this week. New U.S. men’s national team coach Gregg Berhalter played youth soccer with Ramirez’s son, Roberto, on teams that Ramirez helped train. And Giovanni Savarese, coach of MLS Cup finalist Portland Timbers, played at Long Island University, where Ramirez served as head coach in 1979-1998. 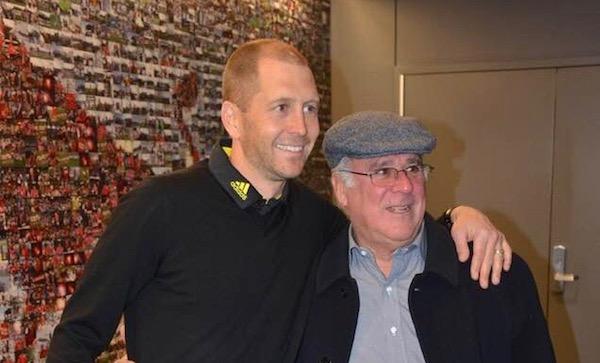 ARNIE RAMIREZ: My son, Roberto, played for Bergen Kickers and Leo Battaglia was the coach. Leo saw Gregg in Tenafly in a recreational league and told him, “You’re too good for the rec league, why don’t you come and play with us at Bergen Kickers?

I was at LIU, but Leo asked me if I could help train the Bergen Kickers. And we had a very nice team. 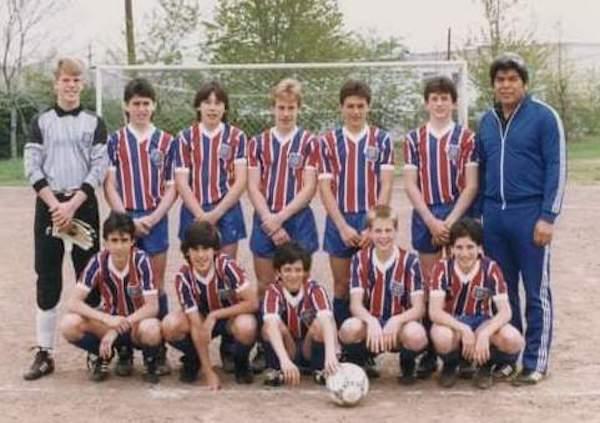 Battaglia was originally from Ecuador, Ramirez from Costa Rica, and Reyna from Argentina. Union County practiced at Farcher’s Grove, home of the German-American club Elizabeth SC. About 30 teams practiced at Farcher’s Grove on weekdays and weekend games went from 8 a.m. to 10 p.m. Claudio Reyna said the kids would laugh when the sprinklers went on and joke, “They’re watering the dirt again.”

ARNIE RAMIREZ: The kids enjoyed themselves. Leo and Miguel both created a soccer atmosphere. A soccer environment. Soccer became so important to those kids. It was the main sport for them. We played a lot of indoor tournaments, a lot of outdoor tournaments.

We often went to Berhalters’ house. They had a big backyard with a field and a regulation-size goal. We would play in that backyard with Bergen Kickers and Union County.

Sometimes my LIU players like Roger Chavez and Jorge Acosta would join us. 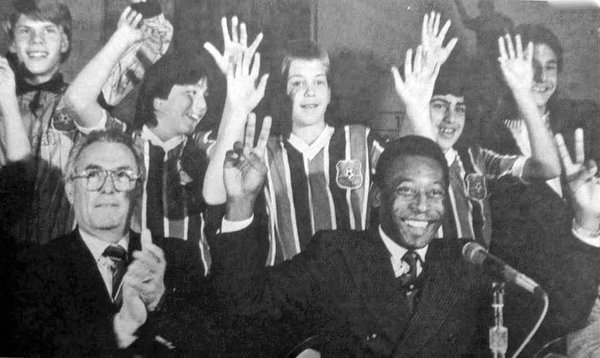 ARNIE RAMIREZ: Gregg’s parents were very involved in him playing. They would have parties for us, Bergen Kickers and then for Union County. Dolores and Joe, they kept the team together, hosting us all the time at their house. Even Gregg’s grandparents used to come to games all the time. The whole family was very supportive.

Besides coaching LIU and helping out with youth teams, Ramirez served as the director of the Pele Soccer Camps.

We took them to New York Cosmos practices and games. When Carlos Alberto and I had a clinic, we brought the Bergen Kickers along.

With Union County, we went to Peru. Julio Mazzei [Pele advisor who had two stints as Cosmos’ coach], wanted to bring an American youth team to his tournament in Brazil, so we went with Union County.

I used to have them play preliminary games at LIU before our college games.

Berhalter played three years at the University of North Carolina before embarking on an 18-year pro career in the Netherlands, England, Germany and MLS.

ARNIE RAMIREZ: Gregg was always a quiet kid. He listened. When I trained him, we did a lot of work with the ball. Dribbling, turning with the inside, outside of the foot, sole of the foot. One-on-ones.

Gregg was very persistent. He stuck it out. Gregg knew that he wanted to be a pro. He knew he had to work hard. He was best friends with Claudio Reyna. They were always together.

ARNIE RAMIREZ: The Notre Dame coach Mike Berticelli called me and asked me, “How’s this kid Gregg Berhalter?” I said he was really a good player. I saw Berticelli years later at a [United Soccer Coaches] convention, and he said, “Dammit, Arnie, I should have taken him! I should have listened to you.”

Berhalter became head coach of the Columbus Crew in 2014 and guided it to a 2015 MLS Cup runner-up finish.

ARNIE RAMIREZ: What a classy guy Gregg is. During the MLS draft, I see Gregg and Fernando Clavijo [FC Dallas technical director] talking. I went over to Gregg, “Oh man, I’m so happy for you!” And Fernando, says, “Arnie, we’re having a meeting.” They must have been talking about a trade or something. I said, OK, no problem.

I little bit later I get a text message from Gregg, saying, “Arnie, I’m so sorry wasn’t able to talk to you.” 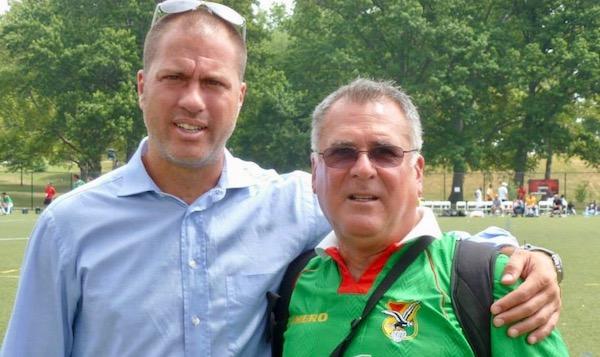 Ramirez offered Savarese, who was born and raised in Venezuela, a scholarship without seeing him play. Ramirez had gotten a call from Perico Leon, who played for Peru at the 1970 World Cup and met Ramirez when Alianza Lima played friendlies in New York. Leon was coaching Savarese in Venezuela, where Leon ended his playing career.

ARNIE RAMIREZ: Perico called me and said, “Profi, I’ve got a great player for you. An excellent player.” I checked with Dani De Oliveira [a Venezuelan LIU player]. And Dani told me the same thing. I offered him a four-year scholarship without even seeing him.

Savarese was also being courted by Boston University. BU alum Cheche Vidal, one of Venezuela’s top player in late 1970s and early 1980s, was well aware of Savarese's talents.

ARNIE RAMIREZ: Cheche wanted him to go to Boston University. But when Gio came to look at LIU, he stayed with some of our guys, and he liked our players. They were all Latinos.

Savarese made an immediate impression on his new teammates.

ARNIE RAMIREZ: We went up to Hancock for preseason training. There were a lot of new players. Everybody was shy. First time together.

There was a piano in the dining room at the camp in Hancock. Gio is looking at everybody. We haven’t started the meeting yet. And Gio starts playing Beethoven’s Fifth on the piano. Da-Da-Da-Daaaa! Holy shit! Everybody went crazy. Wow, Gio! And that broke the ice.

Gio and Walter Bustamante, my son, and Giovanni Battaglia wrote a preseason song and they sang it, while Gio played the piano.

That Savarese would be a successful coach was easy for Ramirez to predict. 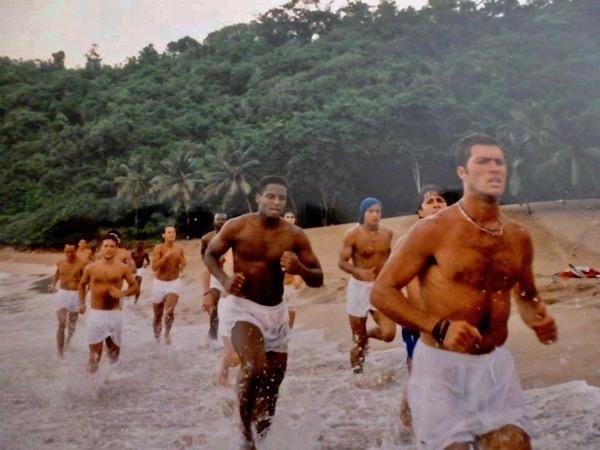 He scored 50 goals at LIU. He would have probably broken all sorts of scoring records if I only used him as center forward, but if I needed him somewhere, that’s where Gio wanted to played.

When we went to Puerto Rico for a preseason camp, he’d be the first guy there when we went running on the beach. He would encourage everybody. He was captain the last two years. He was a leader.