What is next for USMNT?

Since the announcement of Gregg Berhalter as the new head coach -- or as he likes to call himself manager -- of the USMNT, there had been hype in the media. There were numerous articles about the appointment. Some criticized both the selection process and the choice, and some discussed whether the possession game he plans on imposing on the MNT is feasible or not.

I do not know Gregg Berhalter personally. I have not watched too many Crew games to come out with a conclusion, so what I can say about the appointment will be general in nature. 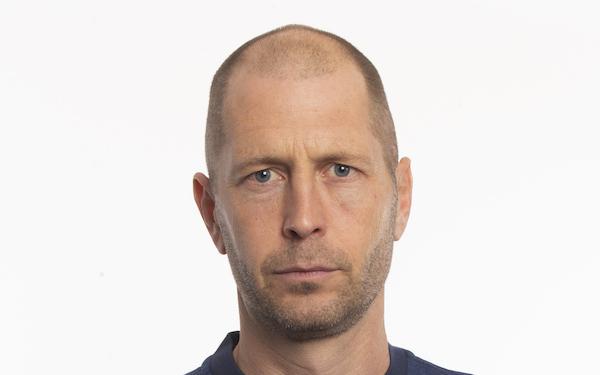 Contrary to some thoughts, I believe U.S. Soccer followed the correct procedure to select a head coach. They chose one from our soccer landscape. Of the 12 semifinalist of the last three World Cups only one of them (Belgium 2018) had a foreign coach. Coaching a club team and a national team require different skill sets. Looking for USMNT head coach from the USA soccer landscape and who has national team experience limits your choice to only a few. Those few have already been tried. Unfortunately, our coaches do not have measurable international experience or success. So the selection of Berhalter from our soccer landscape was a correct decision.

Choosing a coach that has imposed a playing style to his team was also a correct criterion. Whether he will impose that same style or whether the style he imposes will be successful is yet to be seen. The key element is whether our development system develops players to the style he wants to implement: In his words: “an attacking-based team that wants to create goal-scoring opportunities by disorganizing the opponent." He wants to implement a possession game making the field larger for the opponents so that he can utilize the athleticism of our players.

We will live and see whether he is successful. The key point is what is the metric for our MNT to be successful? In my book going to the World Cup 2022 is not a success metric. On the other hand not qualifying from Concacaf is definitely a failure metric. We have two tools which can be used as a success metric: Our performance in the World Cups and the FIFA rankings.

I personally think that -- although not perfect -- FIFA rankings is a better metric. I believe success in the World Cups is to some extend cyclical and a bit luck oriented. For example Turkey and South Korea played the semifinal in 2002. Since then Turkey never qualified for the World Cups and South Korea’s best performance since then was 15th in 2010 World Cup. Neither MNT had a sustainable success story. Turkey had a very good generation of players based on a change in developmental mentality/infrastructure and South Korea had the help of “poor” refereeing and playing at home for their semifinal appearance in 2002.

Currently there are 14 teams from UEFA, five teams from ConmebolL and one from Concacaf (Mexico) in the top 20 rankings. (Currently USMNT is ranked 25th.)

There are two categories of countries in the top 20. Those who “organically” develop players and export them to Europe for further development and those who nourish and further develop “organically” developed players. There are two interesting countries in the top ten: Belgium and Switzerland. Both belong to the second category.

Belgium is currently ranked number one but on the average is 29th since 1993.

It is obvious that since 2009 they have redesigned their system so that they are ranked number one today.

Switzerland is ranked 8th but on the average 30th since 1993. They have recently beaten Belgium 5-2 in UEFA Nations Cup.

You can see a similar pattern to Belgium from 2007 and upwards. Both countries have an abundance of “organically” developed immigrant players. Both have changed their development programs.

In the first category there are two countries that is worth mentioning that won the World Cup several times. Brazil (ranked 3rd currently) and Argentina (ranked 11th currently)

Both countries develop players naturally and export them to European teams/leagues to polish their talents.

Now let us have a look at the USAMNT. Our MNT is ranked 20th on the average.

There is no real pattern to our ranking. We seem to be keeping a mediocrity level. Currently we are below our average ranking.

Our goal should be to be at the top 10 ranking at all times. Our MNT cannot dominate men’s soccer like our WNT does in the foreseeable future. We have to be realistic. We should be in the second category of countries. We have to nourish and further develop “organically” developed players. Since we are lacking soccer culture at this time, we have to rely on our immigrants – like the developed countries in Europe – who has a soccer culture for “organically” developed players. Like all the European countries that have shown a big and steady jump in rankings in the last two decades (Belgium, Switzerland, Germany, France, England), we must redefine our soccer development policies -- policies that include youth, coaching and refereeing development -- that work in harmony. The other option is to wait for us to become a country of the first category: A country that naturally develops players like in basketball. If and when we reach that stage than U.S. Soccer can act like USA Basketball; just picking up the USNT players and appoint coaches. I am not sure how long that might take, but right now US Soccer has no other option but to redefine all its soccer development policies like the countries in Europe that have shown a steady jump in FIFA rankings.  Carlos Cordeiro recently said in a letter to the US Soccer constituents that “… we also convened a special session to examine the Federation’s overall strategy for the coming years as we pursue our mission as making soccer the preeminent sport in America. We did so because the years leading up to the World Cup in 2026 give us an incredible runway for to grow the game in our country at all levels.”

I am personally and enthusiastically waiting to see the Strategic Plan for Soccer Development.

Even though the appointment of Gregg Berhalter was a correct and necessary step towards our goal of becoming a MNT at the top 10 ranking but it is not a sufficient one. As I have written in one of my earlier articles: “The coaches are an important part of the professional game, but their successes clearly depend on the quality of the team players. The over-achieving coaches can sometimes do miracles but there are limits to that. Their successes will be cyclical but not sustainable. For sustainable success stories, you both need good coaches and good scouting/development systems to find (and develop) the best players available. “ Good luck, Gregg Berhalter.

men's national team
11 comments about "What is next for USMNT?".
Read more comments >
Next story loading