MLS Cup: Jeremy Ebobisse's success with Timbers is lesson for other young Americans 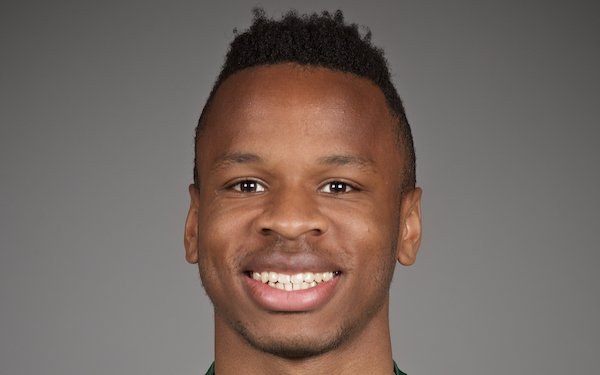 At 21, Jeremy Ebobisse will be the youngest player to start in MLS Cup 2018. And he will easily be the most inexperienced.

He started only seven games over two regular seasons for the Portland Timbers since turning pro out of Duke in 2017, but he won a starting spot at center forward late in the season and he kept it, playing a key role in the Timbers' march through the Western Conference to MLS Cup, where they will face Atlanta United on Saturday.

“It’s been a long year, ups and downs," Ebobisse said before training on Thursday. "But it’s been really exciting to be a part of, and everyone who’s been a part of this journey will say the same thing."

He's started all five games in the playoffs after not playing a single minute in MLS play under new head coach Giovanni Savarese until June 24, and then not playing in the next 12 games after that until becoming a starter in September. He learned some valuable lessons along the way.

"Regardless of where you are, whether it’s in this country or another country," he said, "you’re going to have to fight for your spot. No one’s going to give you anything. And maybe that’s something that I had to learn throughout last year and early on this year. But it’s made me hungrier, definitely, and I think it’s made me a better, stronger player mentally. And I think it’s shown in the last few months.”

Savarese has rewarded the former U.S. U-20 selected as the No. 4 overall pick in the 2017 MLS SuperDraft.

“He’s worked very hard to deserve the opportunity to be able to play, to start," said the first-year Timbers coach. "And once he had the opportunity, he took advantage of it and he worked very hard. So he put a case for himself. And I think he’s an example to a lot of young American players in the league that are sometimes getting credit more for their potential than for what they have done. And players need to earn the possibility to be able to play. And Jebo has done that this year."

Stuck behind Fanendo Adi and Samuel Armenteros -- and then only Armenteros after Adi was traded to FC Cincinnati -- Ebobisse spent much of the season on T2, the Timbers' second team that made the playoffs for the first time in 2018.

"Having a USL team has been very important for us and for any club that is serious about soccer.," said Savarese. "Having the chance for some players who didn't have a chance to play with the first team to stay game-fit is very important. But they also need to understand that when they go to the USL they need to be competitive, to keep on developing, to keep on growing. They need to understand it is not just a step down to get a game, they are helping the USL team win and they need to stay on the right path so if they are given the opportunity to play on the first team they are ready. We are always looking for competition from players to get the best out of them."

Ebobisse has also benefited from Savarese's experience as a forward, working with his coach on finishing after practice and getting advice on his runs.

That has played off in the playoffs. He's only scored one goal -- the tying goal in the 2-1 win over Seattle in the first leg of the conference semifinals -- but also assisted on Diego Valeri's second goal in the 2-1 win at FC Dallas in the Knockout Round.

On one of those runs Savarese has worked with him on, Ebobisse broke free and helped set up Valeri's goal that put Portland ahead, 2-1, in the second leg of the conference final at Sporting Kansas City.