Champion Atlanta United: The train has left the MLS station, and there's no turning back 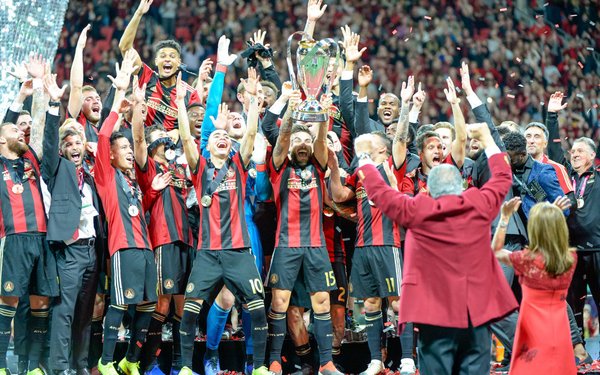 Sports championships are a rare thing in Atlanta. So rare that soccer now leads all other major sports with two titles.

The transplanted Braves and expansion Falcons were born in 1966, a year after Atlanta-Fulton County Stadium opened -- a minor-league baseball team named the Atlanta Crackers played there in 1965 -- but in 62 years since then they've won one championship between them -- the Braves' 1995 World Series championship.

A year after the Braves and Falcons started, the Braves owners launched the Chiefs. Like the Chiefs, Atlanta United won in its second season, but the comparisons end there.

The Chiefs drew 14,994 fans for their 3-0 win over the San Diego Toros to clinch the final series. Atlanta United drew 73,019 fans at Mercedes-Benz Stadium, the largest crowd ever for MLS Cup, largest stand-alone crowd in MLS history -- and larger than the crowds for the last four Super Bowls.

The NASL almost collapsed after 1968 -- it shrank to five teams and its executives sought refuge in the basement of Atlanta-Fulton County Stadium to plot the sport's future. MLS will grow to 24 teams in 2019, three new teams are in the works -- Miami, Nashville and Austin -- and a 28th team should be selected by the end of next year. Stopping at 28 now seems unlikely.

Leading the charge is Atlanta United. Only Seattle has come close to matching the crowds the Five Stripes draw at Mercedes-Benz Stadium, and no team has spent on the international transfer market like Atlanta United has done. 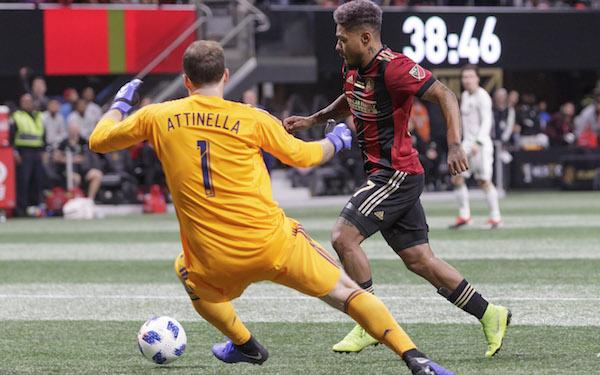 It paid a reported $8 million for Paraguayan midfielder Miguel Almiron from Lanus in 2017, and it spent more than $15 million on Argentine teenager Ezequiel Barco from Independiente in 2018. Atlanta United was so good and so deep and so secure in what it was doing that Coach Tata Martino ended up keeping Barco on the bench -- basically using him as a late-game sub for Almiron when the postseason arrived.

Like all the little touches that owner Arthur Blank put into $1.5 billion Mercedes-Benz Stadium, the club's soccer bosses -- president Darren Eales, technical director Carlos Bocanegra and director of soccer operations Paul McDonough, who has since moved to Inter Miami -- and Martino then put the finishing touches on a lineup that produced an MLS champion after two seasons.

Martino loaded up on South Americans -- Venezuelan Josef Martinez and Argentines Eric Remedi, Leandro Gonzalez Pirez, Franco Escobar and Tito Villalba, another luxury item off the bench, to go  along with Almiron and Barco. Martinez, Almiron and Villalba came for Year 1. Remedi, Escobar and Barco came in 2018. Atlanta United brought in a pair of MLS veterans Jeff Larentowicz and Michael Parkhurst who knew the league and had played in seven MLS Cups between them, and recruited a pair of foreign-based Americans, Greg Garza and Brad Guzan, who were ready to return home.

Atlanta United even got value out the SuperDraft, getting Julian Gressel with the eighth pick in the 2017 draft out of Providence College. Finally, it assembled a complicated package that included more $1 million in allocation money and an international player spot to pry Darlington Nagbe away from Portland after the 2017 season. Nagbe, who arrived by private jet, was the final piece for Martino, the player who provided balance in midfield, capable of both running with Almiron and Gressel and also pushing the pause button when things needed to settle down. 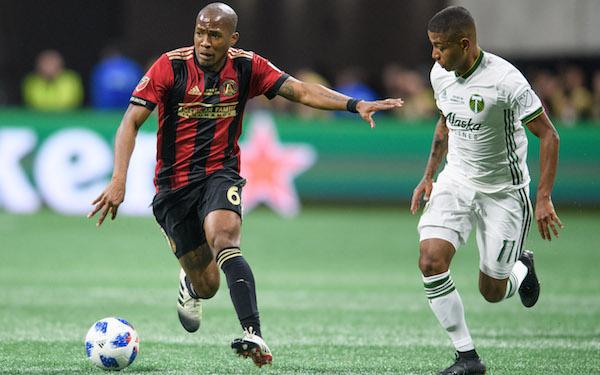 Martinez, the 2018 MLS MVP, was MVP of MLS Cup, scoring the first goal to finish with a league record 35 goals for the regular season and playoffs and assisting on the second goal. But he wasn't only hero in Saturday's final.

Parkhurst set up the first goal, stealing the ball from young Timbers striker Jeremy Ebobisse and playing it forward to Martinez. At the age of 34, Parkhurst, the Atlanta United captain, won his first MLS Cup in five tries.

The second goal was scored by Escobar,  who started the season at center back but was installed at right wing back for the playoffs when Martino went exclusively to a 5-3-2 formation. In other circumstances, Martino might have pushed Gressel back to right wing back and played Barco in front of him. But he didn't want to and didn't have to. The champions paid $15 million for a player and ended up hardly using him.

Martino will be gone, and so too surely Almiron. But Atlanta United won't be turning back.

Before the final, Atlanta supporters groups unfurled a tifo of a train with a “MLS 3.0” sign running over a Timbers scarf. The foil distributed in the stands behind the goal formed the MLS Cup logo and the signage read “We won’t stop. We want more.”

Indeed, the train has left the station, and there appears to be no stopping Atlanta United.

mls
4 comments about "Champion Atlanta United: The train has left the MLS station, and there's no turning back".
Read more comments >
Next story loading