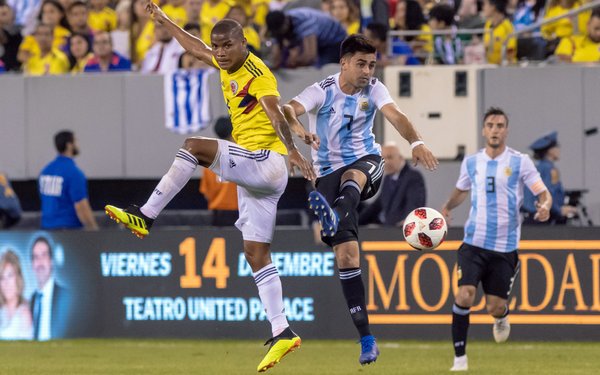 Less than 24 years after celebrating its MLS Cup title, Atlanta United announced its year-end roster moves, but the big news came from Madrid, where Argentine international Gonzalez "Pity" Martinez, one of the stars of River Plate's Copa Libertadores triumph, all but confirmed his move to the Five Stripes, where he is expected to replace Miguel Almiron.

After River Plate's 3-1 win over Boca Juniors clinched the twice-postponed second leg in the South American club championship, 5-3, on aggregate, Martinez, who scored an insurance goal in overtime, said he'd go with River Plate to the Club World Cup, which begins Wednesday in the United Arab Emirates, but he would be leaving the club in January.

"It's the club that trusted me," he told TyC Sports about his future employer. "European teams did not trust at the time. I thought a lot with my family, with my representative. It's a league that grew a lot and we hope to continue making history in that club.

"It's a very difficult decision for me, but the road continues. I think that I gave people what they deserve and this is all for those who backed me. Spending these moments with this club is the most beautiful thing in the world."

Martinez, 25, has been at River Plate since 2015 and won two Copa Libertadores titles.

Atlanta United has been looking to sell Almiron during the January transfer window in England.

-- Atlanta United exercised the options on seven players -- including Greg Garza, Julian Gressel, Jeff Larentowicz and Darlington Nagbe, who all started in the 2-0 win over Portland -- and re-signed defender Jon Gallagher to give them 27 players under contract.

Atlanta United declined a contract option with captain Michael Parkhurst, though negotiations on a new contract have begun. Parkhurst would otherwise become an MLS free agent. Four other players also had their options declined.