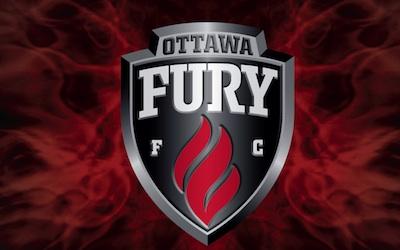 In a surprise move, Concacaf is trying to block the Ottawa Fury, a member of the USL since 2017 and before that a member of the NASL for three years, from returning to the U.S.-based USL in 2019 on the grounds that new Canadian Premier League (CPL), which will start play in 2019, is a sufficient home for the team.

The move came despite no objections from the Canadian Soccer Association (CSA) or U.S. Soccer for Fury FC to continue to play in the USL. The CPL and CSA operate the Canadian Soccer Business, a sports entity representing commercial assets for the two organizations.

“This action by Concacaf is unprecedented and simply wrong,” said Mark Goudie, the president and CEO of Fury FC’s parent company, the Ottawa Sports and Entertainment Group, which owns the CFL Ottawa Redblacks and Ottawa 67’s junior hockey team. “Our lawyers have requested that Concacaf immediately provide further details on the basis for this decision. We also understand that Canada Soccer will be seeking clarification as to the rationale for Concacaf’s decision. In the event that Concacaf does not immediately reconsider its position, Fury FC will take all steps – including legal proceedings -- so as to ensure that it will be able to continue providing professional soccer to our loyal and new fans and supporters in a league of our choosing.”

The CPL will launch with seven teams in 2019:

Ottawa turned down an invitation to become the eighth team in a league that sought to have 10 teams in place for its launch.

"Where we are, we’re playing high-quality Division 2 soccer right now," Goudie said in September. "Our objective is to play professional soccer in Ottawa for the long-term at the best level that we can. And if that’s fulfilled through the CPL, which I really hope it is, that’s great. The question just becomes one of timing."

MLS's three Canadian teams -- the Montreal Impact, Toronto FC and Vancouver Whitecaps -- have come out in support of Ottawa, which has already begun to sign players for 2019 and sell season tickets. If the Ottawa Fury does not play in the USL, ticket payments made to date by fans will be refunded.

canada, usl
2 comments about "Concacaf steps in and seeks to ban Ottawa from playing in USL".
Read more comments >
Next story loading