Through years of upheaval, peaks and valleys -- indoor soccer rolls on in the USA

The anthem has been sung. The players are set for kickoff. The crowd is amped.

The ref blows the whistle, and the familiar refrain starts …

No, Mötley Crüe hasn’t reunited to play at a soccer game. No, the crowd isn’t singing hair metal from the terraces.

This is indoor soccer. Or arena soccer, under the auspices of the Major Arena Soccer League (MASL). This is the game with walls that your kids play and you might associate with the glitzy Major Indoor Soccer League (MISL) of the late 1970s and 80s, when player introductions were extravaganzas of lights, props and sounds, future MLS MVP and U.S. national team player Preki terrorized defenses, several teams averaged more than 10,000 fans per game, and Ron Newman led the San Diego Sockers to perennial championships.

The sport isn’t what it was in the glory days. But through years of upheaval, peaks and valleys, it’s still around.

“If there’s a nuclear bomb, the only things that will survive are cockroaches and indoor soccer,” said Peter Wilt, who includes indoor teams on his long resume.

For a couple of decades, the global community has focused its indoor energies on futsal, the game without walls that has FIFA and a couple of other organizations wrestling for control. The MASL isn’t playing under the auspices of FIFA or U.S. Soccer, but that might change soon, as the league is looking at the possibility of applying for sanctioning. 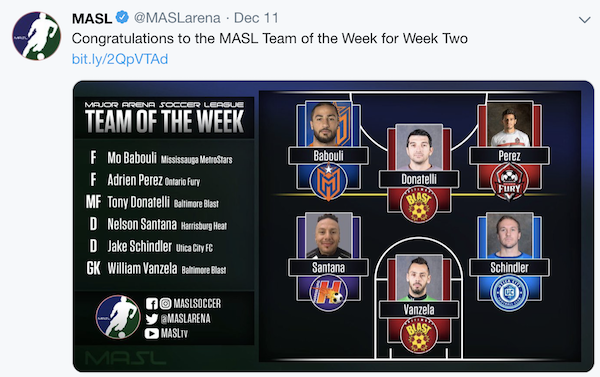 “Myself and Lane Smith (MASL Board president and Tacoma Stars owner) spoke with U.S. Soccer last year,” said MASL Commissioner Joshua Schaub. “A piece of that sanctioning will probably come with an understanding that the indoor game should be utilized to develop the outdoor player. The MASL believes that to be the case and hopefully U.S. Soccer does as well.”

That might be a tough sell with so many U.S. coaches stressing futsal, not arena soccer, as a development tool. But the MASL has one major advantage over various proposed pro futsal leagues -- it exists.

Arena soccer probably won’t employ U.S. national (outdoor) team players as it did in the 1980s. But the MASL already helps U.S. Soccer indirectly. In the absence of a pro futsal league, the MASL provided the players the last time U.S. Soccer fielded a futsal team. It also overlaps with the U.S. beach soccer team, which explains how Tacoma star Nick Perera is on U.S. Soccer’s Athletes’ Council. Playing in an unsanctioned indoor league hasn’t disqualified players from participating in FIFA tournaments.

The league also stretches across two borders into Mexico and Canada. Schaub envisions a full Mexican division, and the league is launching a youth tournament this year.

“Ultimately, when we get everyone to profitability, this rocket will take off as we know arena soccer is such a compelling entertainment proposition for soccer fans and non-soccer fans alike,” Schaub said.

A few names in the league are familiar to MLS fans. Dwayne De Rosario has come out of retirement to play alongside former Toronto FC player Adrian Cann with the expansion Mississauga MetroStars. Former D.C. United player Lewis Neal juggles his play with the Orlando SeaWolves and his coaching work. MLS veteran and Sounders commentator James Riley plays in Tacoma, where his coach is original MLS player Darren Sawatzky.

The other players in the league are a diverse bunch. Some are younger players who landed here after their academy days. Some are skilled Brazilians and other foreign players who find work as youth coaches and camp directors who keep up their playing chops and round out their income by battling it out indoors. A few players are doing what was common in the 1990s, combining a season of MASL play and a season in the USL to make a healthy living.

“(The indoor/outdoor double) allowed to players make a living wage,” Wilt said, adding that the better players could make up the upper five figures for the year. “To some extent, the leagues built their schedule in a way that could allow that.”

Schaub sees value in that arrangement but says visa regulations prevent foreign players, a majority of the league’s talent pool, from being employed by an indoor team and an outdoor team. Little wonder Schaub would like to see indoor teams as part of larger sports clubs, akin to FC Barcelona operating teams in basketball, handball, volleyball ... and futsal and beach soccer.

“I believe the future of arena soccer lies with investors that own multiple teams, whether that be outdoor and indoor teams under one brand (including the youth academies under that same brand providing coaching and marketing opportunities), or hockey, baseball, and soccer ownership,” Schaub said. “I believe under that model, there would create more bandwidth among staffs for revenue opportunities.” 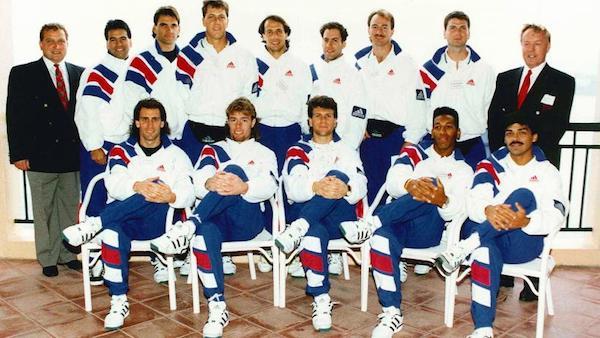 MASL salaries aren’t approaching the glory days or even the latter stages of the original MISL’s run, when the league imposed a salary cap of $875,000 and San Diego’s Branko Segota griped about having his wages cut to $102,000. Even then the wages were skimpy for many -- future women’s soccer coach Jim Gabarra made $20,000 just one year removed from captaining the USA to third place in the Futsal World Cup, counting Tab Ramos and Peter Vermes among his teammates. A couple of years later, Gabarra captained that team to a silver medal.

It’s not that the the 17-team MASL has suddenly become a box-office smash. The league’s average attendance has been in the 2,000s throughout its four seasons, dropping a bit last year when the Blast moved into a smaller facility and could no longer accommodate crowds of 6,000 and more. Milwaukee led the way on opening weekend with 5,374 fans, followed by Baltimore with 3,811. Rio Grande Valley lagged behind at 1,350. Attendance was not reported for Mississauga’s opener, but the crowd seemed rather sparse on the live stream. 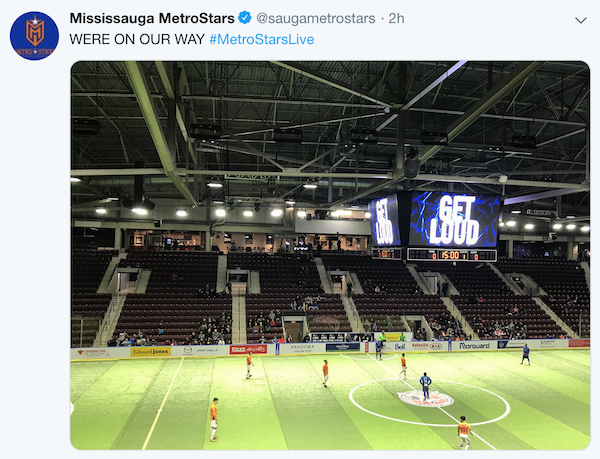 But the league is stable, no small feat after years of utter chaos since the NPSL (not the amateur outdoor league by that name) folded in 2001 and begat a series of alphabet-soup leagues -- another MISL, the NISL, the XSL (yes, the X was for Xtreme), and yet another MISL under the USL umbrella. The MISL teams finally abandoned ship and joined the PASL, which morphed into the MASL. Despite a Blast-led effort to split away again in 2016, the MASL has remained on its feet without too much turnover. The league’s games are streamed on YouTube.

And several familiar names have persisted. The San Diego Sockers are still around. The Milwaukee Wave have stuck around since the 1980s. The Dallas Sidekicks are back.

The Blast finally moved from the aging Royal Farms Arena downtown to Towson State’s basketball arena, which can only accommodate 4,000 fans. They finally ditched the old intro of players jumping out through giant BLAST letters.

So it’s not a packed NBA arena as old-school MISL fans might remember. But it’s an intimate environment, with fans stuffed close to the field. It’s loud. It’s exciting. The Blast hired a 98 ROCK morning DJ-turned-comedian for game days, and they still play the SpongeBob SquarePants theme so the kids can sing along.

The Blast’s facility is modern, but the turf is not. It has some outdated markings, including the 3-point line used in a couple of previous leagues. More worryingly, it has exposed seams that would drive Hope Solo to Instagram. The Blast does plan to replace the carpet in the near future.

None of this mattered at the Blast’s home opener against the MetroStars when Jonatas Melo scored early in the third quarter to extend Baltimore’s lead to 6-2. He ran over to the bench to grab a bouquet, ran back across the field, hopped over the boards and proposed to his girlfriend.

You won’t see that in MLS or the Premier League. But the crowd loved it. So did Melo’s fiancee.

1 comment about "Through years of upheaval, peaks and valleys -- indoor soccer rolls on in the USA".
Next story loading