U.S. Abroad: Shaq Moore's Reus is on the brink of collapse 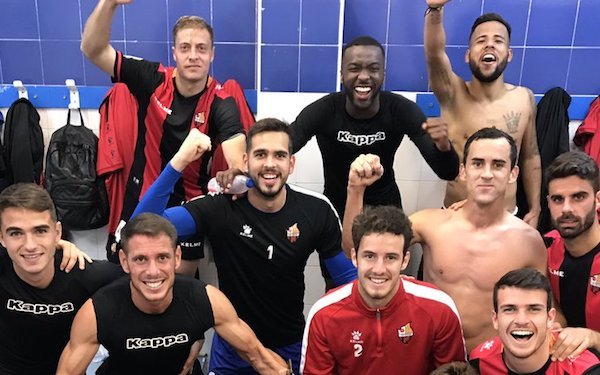 On Sunday, Shaq Moore and his teammates at Spanish second division club Reus took their protest over unpaid salaries to the field, huddling at the start of their match at Alcorcon.

On Saturday night, fans plan to demonstrate in support of Reus players. The match against Cordoba could be the club's last game since players have filed a complaint about being unpaid for the last three months, and if they aren't paid by the beginning of next week, they will become free agents.

At a press conference, players said they want to go ahead and play the match despite the request of the Spanish federation and Spanish league to postpone it. The players said the Spanish league promised they would be paid their back pay, but they fear there is no incentive for Reus to do so because it's unlikely the league will renew its license even it stays up. Marca reported Reus needs to raise 5 million euros ($5.65 million) to stay afloat.

With the support of players on Alcorcon, Reus starters stood in a huddle in a silent protest after their La Liga 123 match kicked off at the Estadio Municipal de Santo Domingo. Instead of going down the field and scoring in an empty goal, the Alcorcon players kept the ball in their own half until the Reus players broke their huddle.

Reus upset Alcorcon, 1-0, to snap a six-game winless streak, while Alcorcon missed a chance at taking over the top spot in La Liga 123.

Moore, who is on loan from Levante, played all 90 minutes for the second game in a row after not playing in weeks. His loan move was delayed when he and other players weren't properly registered with the federation. In a 10-point statement to the media, they blamed the problem on Reus mismanagement.

Moore would be one of the lucky ones and return to Levante if Reus folds.

This isn't the first time he has been in this situation. He moved to Spain in 2015 after captaining the USA at the Under-20 World Cup in New Zealand, but had to leave his first club, Huracan Valencia, after it stopped paying its players.