Cindy Parlow Cone, who was inducted into the National Soccer Hall of Fame in October, announced her candidacy for the position of U.S. Soccer vice president that has been vacant since Carlos Cordeiro  was elected president in February. 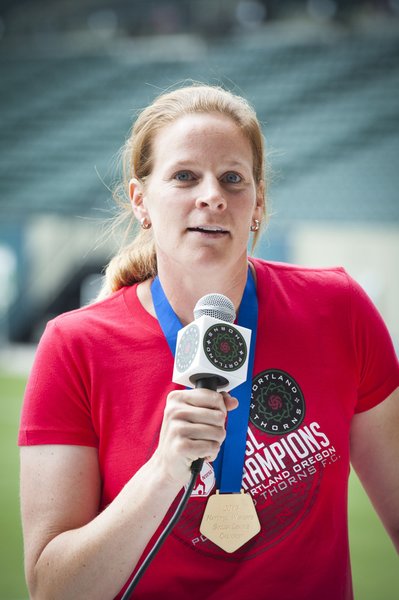 The election is slated to take place at the National Council meeting scheduled for Feb. 16 in Phoenix. The term is only for one year, to complete Cordeiro's four-year term.

Cone has been active in U.S. Soccer affairs for two decades and was recently re-elected as a non-voting adviser to the Athlete Council. She currently serves as the deputy chair of the federation's Referee Committee.

She said in a statement she wants to "positively impact the growth and advancement of our game across all demographics, at all levels and across all USSF programs." In its letter nomination letter, U.S. Club Soccer proposed that Cone join the U.S. Soccer Youth Task Force Leadership Group and served as its chairperson.

If elected, Cone will serve on the 15-person board of directors whose major task over the next year is finding a replacement for retiring CEO Dan Flynn.

Playing career. Cone started all six games at the 1999 Women's World Cup and finished with 158 caps and 75 goals, fifth all-time for the USA. She left Germantown (Tenn.) High School at the age of 16 and enrolled at North Carolina, where it had a 102-3-1 record in her four years. She won a pair of national championships and twice captured the Hermann Trophy. A year after joining the Tar Heels, she debuted with the U.S. women's national team. She also won Olympic gold medals in 1996 and 2004 and a silver medal in 2000.

Coaching career. Cone coached the Portland Thorns to their first NWSL title in 2013 but resigned after the season. She is now North Carolina FC’s Durham-Chapel Hill girls director, overseeing coach and player development and college placement.

Cone recently appeared at the 2019 Women's World Cup draw at the Seine Musicale in Boulogne-Billancourt, where she took part in the ceremonies to select the six four-team groups for next summer's competition in France.