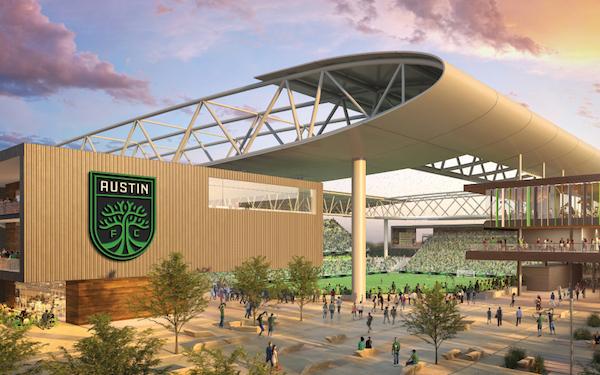 A stadium lease and development agreement has been reached between the city of Austin and Precourt Sports Ventures and signed, paving the way for PSV, owner of the Columbus Crew, to move into Austin with a new team, Austin FC.

Key parts to what PSV committed to in the agreement for the 20,000-seat stadium slated to open in 2021 on a 22-acre tract at McKalla Place in North Austin:

-- It will finance the construction of the stadium, estimated to cost about $225 million, and be responsible for cost overruns;
-- It will lease the stadium from the city, paying $8.25 million in rent over 20 years ($550,000 a year, beginning in Year 6);
-- It will also contribute $3.64 million to Capital Metro over 15 years to be used for transit facilities.
-- It will build a 130-unit affordable housing development on the McKalla Place tract;
-- As part of the community benefits agreement, it will provide $6.7 million of support for youth soccer programs, soccer fields and futsal courts.

“Bringing major league sports to Austin will help bring all parts of our diverse city together, so today’s lease signing is very exciting for our community,” said Austin mayor Steve Adler in a statement. “The partnership between the team, the league and the city is a great deal for Austin. I can’t wait for us to celebrate our first MLS championship.”