Sigi Schmid, who died on Christmas Day at age 65, will be remembered by a great many people for being an outstanding coach. Schmid was highly -- and positively -- influential in both college and professional soccer. More than saying goodbye to one of its top coaches, MLS has also lost one of its personalities, a thoroughly worthy human being. 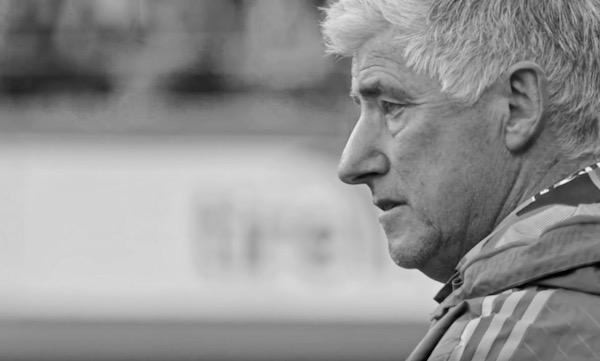 The second quality, the warmth and the integrity of the man, was the rarer attribute. It was one that evidently came naturally and easily to Schmid.

I admired Schmid, certainly, as a soccer coach. His achievements in both college and in MLS speak loudly for his worth. But more than admiring him, I liked him. Something of a no-no, that, in my concept of journalism, where the idea -- difficult to adhere to -- is to avoid getting too close to the people you write about.

But I found Schmid a man it was impossible not to like. A good guy, then, and I feel an almost personal hurt at his sudden absence. The more so because Schmid’s soccer life ended rather sadly.

I first encountered Schmid in 1972 -- he was a freshman then, with UCLA. There was his name in the program for the NCAA Division I finals: No. 4 Schmid, Sigi B. - that B standing for his position, Back. But he was a midfielder. I recall little about his play.

His undoubted talents as a coach were quickly appreciated -- he became head coach of UCLA in 1980 at the age of 27, and won the 1985 Division I title. But his team made hard work of things -- winning the final, against American University, 1-0 -- but only after 8 overtime periods.

Five years later, UCLA repeated -- but again there was a shortage of goalscoring. I liked Schmid’s team. Up to a point. But I found it, if not overtly defensive, then certainly overly cautious. In the 1990 NCAA semifinal and in the final itself, UCLA did not score a goal. In fact, it did not win a game. Two 0-0 ties and two shootout “wins” gave UCLA the title.

A national title won on the strength of two goal-less ties? It seemed ridiculous to me. I complained to Schmid, he calmly disagreed, and we had an ongoing quibble which lasted for the rest of our relationship. Schmid always disagreed politely -- he was invariably courteous during our arguments. I’m told he could shout and rant -- I suppose that must have happened, but from my personal experience with Sigi, I find it impossible to imagine such an intemperate scene.

Anyway, Schmid’s career at UCLA included another Division I title, in 1997, and made him one of the most successful college coaches ever, so he had little reason to listen to my carping.

He further confounded my theories by making a virtually seamless transition to the pro ranks. I did not think that he (or Bruce Arena for that matter) would make it, but both quickly proved me way off target.

Schmid became the winningest coach in MLS history, but his triumphal progress came badly and sadly unstuck toward the end. The job at Seattle, which he took in 2009 after winning MLS Cup 2008 with Columbus, seemed ideal for him -- the team was good, the support was massive, the expectations were sky high -- yet it didn’t work out.

Schmid had seven and a half seasons to bring home the MLS title. His team won the Open Cup four times, it made the playoffs every year, but no MLS title. The Sounders’ patience -- probably it had been excessive -- ran out in 2016. Schmid departed half way through the season, and the Sounders, finally, won the title that year.

Cause and effect? It looked that way, but that was harsh on Sigi. What, more than anything, turned the Sounders around was the arrival of the Uruguayan midfielder Nicolas Lodeiro -- a player whose signing had been orchestrated by Schmid. But Schmid never got the chance to work with Lodeiro.

At the time, I wrote: “MLS without Sigi will not seem right. Surely there’s a coaching opportunity available, there must be.” There was. Again, it looked almost perfect for Schmid. In 2017 the Los Angeles Galaxy -- where he had won the MLS title in 2002 -- was floundering. Schmid was surely the man to ride to the rescue. But he lasted only a year.

It was immensely sad to watch Schmid’s slow slide out of soccer. The sport he loved and had served so well seemed to be rejecting him. Maybe so. If so, that was an unkind verdict. Schmid had made his version of soccer -- always too cautious for me -- work so well for so long. He deserved to be revered, which he certainly is. He also deserved a dignified and honorable retirement. That he did not get.

Right now, I feel almost bitter that Schmid could not end his soccer days by departing as a winner. But sport -- any sport, I suppose -- can be monstrously cruel. For sure, soccer seemed to turn on Schmid in his final years. But the sadness of the final two years, which feels so cruel and unjust at the moment, will, I have no doubt, quickly fade. And Sigi Schmid will be remembered for his many triumphs and for his key role in the growth of Major League Soccer -- indeed, in the growth of the sport of soccer throughout the USA. A massive legacy, for which he deserves all the honors that the sport can give him.