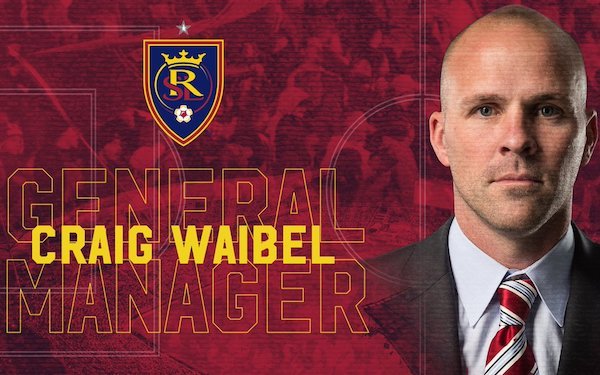 Craig Waibel is staying with Real Salt Lake as general manager after being given a new multi-year contract. His previous contract expired in November.

Waibel, a 12-year pro in MLS and former college assistant coach at Michigan and Washington, joined RSL as an assistant coach in 2014 and took over as technical director and then general manager in 2015 when Garth Lagerwey left for the Seattle Sounders.

RSL has made the MLS playoffs in two of the last three seasons with one of the youngest teams in the league. It produced the 2018 MLS Rookie of the Year in Corey Baird and will send two of its Homegrown products, Justen Glad and Baird, to the U.S. national team's January camp.

In 2018, RSL Homegrown players accounted for 10,826 minutes in the regular season, the most of any team in MLS. It lost two of the top U.S. prospects to European clubs, though, when Sebastian Soto and Richie Ledezma signed with Hannoiver 96 and PSV, respectively.

“In speaking with Craig about the future of the club, we are collectively very optimistic and excited about the direction of RSL,” club owner Dell Loy Hansen said in a team statement.  “We share the same commitment to creating the best academy and player development system in MLS and Craig has been successful in advancing that vision while signing key international players that create a playoff side.”

On Friday, RSL also announced the re-signing of Albert Rusnak to a new contract.