Cheers to the ball artists and the young mavericks they inspire

"Did you see Manchester United's opening goal against Bournemouth yesterday?"

If I was running a youth training session tonight, this would be my first question. Given their love of social media, my teenagers would certainly have watched already the swift but mesmerizing dribble that took Marcus Rashford past two players before setting up Paul Pogba to score from close range in the game's fifth minute. It would be the perfect starting point for a unit based around footwork, feinting, and acceleration in 1 v 1 situations.

Yet Rashford's approach play -- liberated from the now thankfully fired Jose Mourinho-- left me feeling slightly down. This was nothing to do with the play itself, which bears watching multiple times. It was the very scarcity of the move. The commentators were rightfully in raptures, and the fans too. While all I could think was, "That was gorgeous, but when will we see its like again? Why can't players try taking their opponents on more often?"

It's nothing new for weary commentators to lament the lack of flair in modern soccer. Everyone agrees that we could use more moments like this, which only a small handful of players such as Lionel Messi and Arjen Robben have consistently executed over the past decade. There's a reason why Alphonso Davies  created so much excitement in MLS last season -- we all love to watch a player who delights us with improvisation and the unexpected. Yet we talk about the lack of such ball artists like we talk about the presumed extinction of the ivory-billed woodpecker. Regrettable, but what can you do about it?

Just as the destruction of its natural habitat has seen the demise of the ivory-billed woodpecker, so the destruction of soccer's natural culture has led to the demise of expressive players. First there are the coaches who encourage defenders to deliberately take out opponents who'll expose them as mediocre. Next come the referees besotted with the game's macho tenor, and who will not sufficiently punish foul play. Then we return to the coaches -- at all levels -- who yell at players who lose the ball after trying to take someone on. They took a risk, and the vast majority of coaches do not like risk. 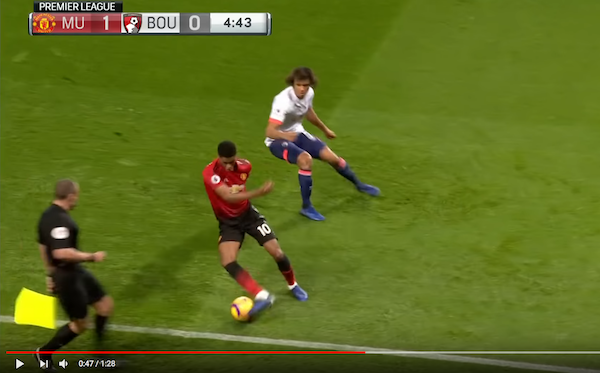 Last season I was coaching a U-7 team against big, strong, but thoroughly overcoached opponents. They boasted two adults on the touchline screaming at them to pass the ball as soon as they received it. The players were very good and they beat us soundly. They were also absolutely terrified of the two noisy adults, and of making a mistake. When they did make an error, the coaches screamed at them even louder.

It's exactly at this age that kids should be running with the ball as much as possible. We don't even have to encourage them, because they do it naturally. Passing, covering back, counter-pressing and all the duties that come with them can wait for several more years. But the pressure to win that needlessly starts at such an early age means that when coaches see a ball artist, the first thing they often think about is the risk that he or she poses to the result. Even at an age when results do not and should not matter (in my view up until the age of 16, at the earliest).

Let's make a short list of the most celebrated players in the history of the game: Pele, Eusebio, Johan Cruyff, Diego Maradona and Messi -- crowd-thrillers who were or still are massively successful because coaches built teams around their ability to leave long forgotten bit-players flailing in their slipstream. They are the few who didn't have the joy and beauty of their play coached out of them by tactically obsessed mentors. They were too good for that. Millions of lesser players, though, will have 'Safety first!' instructions screamed at them by choleric idiots on the touchline.

What's the worst thing that can happen when a player tries to dribble with the ball? In the best case, they beat their opponent and create space for themselves and turn a 3 v 3 situation, say, into a 3 v 2, while the crowd gets to its feet. They may draw a foul. Or they might lose the ball, in which case their pride should prompt them to try and atone for the loss and immediately fight to retrieve it. Without this risk, though, there would be no point in playing the game at all.

I understand why coaches wish to eliminate risk and encourage the short sideways or backward pass, or order their teams to hammer the ball long and high. I just don't want to watch it for 90 minutes. I want to see daring and devilry and fans on their feet shouting out their love for art, not hatred for the color of a shirt.

I want young mavericks like Rashford and Davies and Manchester City's Leroy Sane to still be playing this way in 2030, pioneers of a new, adventurous generation that was inspired by them to ignore the bellowing coach and go its own way, with the ball at its feet.

Did you see Manchester United's opening goal against Bournemouth yesterday? If not, I recommend that you do, and that you enjoy it several times in slow motion too. Happy New Year, and here's to more magical moments like it in 2019 and beyond.

youth
41 comments about "Cheers to the ball artists and the young mavericks they inspire".
Read more comments >
Next story loading