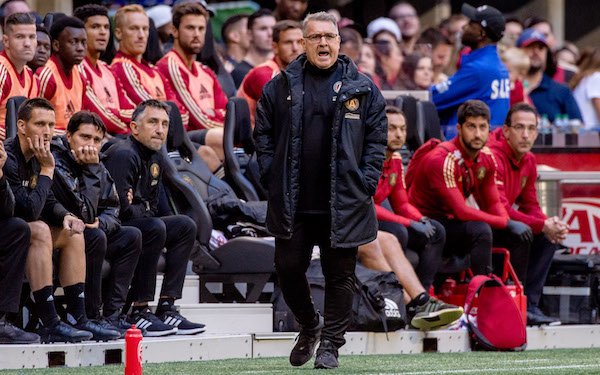 Call it the Tata effect.

MLS coaching ranks are changing, and it has a lot to do with the success of Gerardo Martino, who led Atlanta United to an MLS title in its second season.

The LA Galaxy's hiring of fellow Argentine Guillermo Barros Schelotto on Wednesday was the third major hire of a foreign coach by an MLS club for the 2019 season.

With the exception of Carlos Queiroz and Carlos Alberto Parreira in the first two years of the MetroStars, no coaches have arrived on the scene with the credentials that Martino had when he was hired for Atlanta United's launch in 2017 or that Barros Schelotto, Almeyda and de Boer have.

Martino's success has spurred teams to look abroad for -- and pay -- coaches with a record of success, and his endorsement of Atlanta United -- and by definition MLS -- has legitimized the league in foreign coaching circles.

After winning MLS Cup 2018, the Argentine was asked to compare the Atlanta United job to others he has in his career. He was reluctant to do so other than to say he was presented a plan when he met with management in September 2016 in Rosario and it never deviated from that plan.

"They gave the coaching staff absolutely everything you need to be successful," he said, "and that is what makes it the most satisfying.” Implicit in what he said is that he didn't always in the past get the resources he needed or there was meddling by management or ownership.

Tata Martino is very much the exception to the rule, though. To begin with, no coach has ever been given the player budget he got from Atlanta owner Arthur Blank. And few coaching imports have succeeded in MLS.

Martino was the first foreign coach without any previous coaching or front-office experience in the USA and Canada to reach MLS Cup, let alone win it.

Of the 23 foreign coaches who fit into that category, just five have winning records and three have coached more than two seasons in MLS. If Veljko Paunovic returns, as expected, at Chicago in 2019, he will be the first such coach to work into his fourth season. Indeed, MLS has a long history of foreign coaches who have come into the league and been busts. The most recent was Swede Mikael Stahre, who lasted only 28 games before being fired by San Jose in 2018.