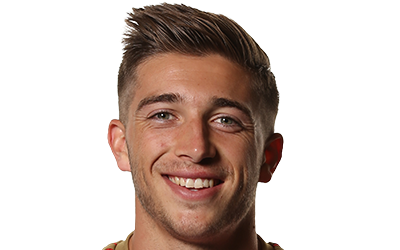 Lynden Gooch has re-signed with Sunderland, accepting a new deal that will keep him with the Black Cats until 2022.


The Santa Cruz, California native signed with Sunderland in 2012 and debuted with the first team in 2015 when it was in the Premier League. It has been relegated the last two seasons, dropping to League One, where it is third with two games in hand on Portsmouth and Luton Town, the two teams in front of it.

Gooch, 23, has been a big part of the success with five goals and seven assists.

“Lynden can get to where he wants in the game with us, so we’re delighted," said Sunderland manager Jack Ross, "and I’m delighted for him because I’ve forged a close relationship with him in a short period of time. His hard work has been rewarded and hopefully now he can be a big part in the club’s future as well."

Gooch earned his fourth cap in 2018 for the USA, entering as a late sub in the 3-0 win over Bolivia.
americans abroad
Next story loading