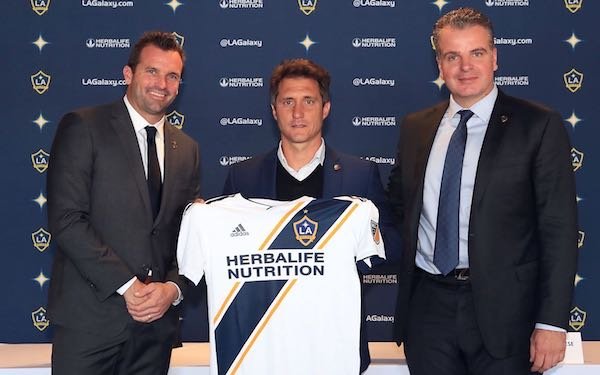 New LA Galaxy head coach Guillermo Barros Schelotto, who guided Boca Juniors to back-to-back league titles in Argentina and second place in the 2018 Copa Libertadores, is no stranger to MLS.

He starred on the Columbus Crew's only championship team -- the runaway winner of the Supporters' Cup and MLS Cup winner in 2008 -- and followed MLS in recent years.

“I know what you’re talking about when we talk about soccer in the United States," he said. "I think that the league is growing, I think that players are getting better and better."

Barros Schelotto says he watched a lot of Galaxy games in 2018, so he knows what needs it has, even if he doesn't know how to address them, leaving it up to Galaxy president Chris Klein and new GM Dennis te Kloese (photo) to explain to him the league's complex roster-building rules.

It should be immediately noted that one player Barros Schelotto did not mention was Giovani dos Santos, considered the most under-performing of and odd man out among the four Designated Players the Galaxy has contracted since Ibrahimovic was re-signed with a DP upgrade. He deflected attention to the dos Santos brothers -- Jonathan and Gio -- when asked about their contributions.

“I don’t think that we depend only on two or three players," he said. "To build what we want, for the Galaxy to have a style of play, and to win, which are the two things that matter most in soccer. We are thinking about working as a team, more than the individuals and their importance. We will see each player’s level throughout the year, but the most important thing is to achieve an attacking and attractive style of play, and win.”

Barros Schelotto would not say that players he wanted to bring in from South America.

“We only have until the league starts to see what changes we can make regarding the players or not," he said. "We will be determining what we need as we start training and we see what level we are at.” 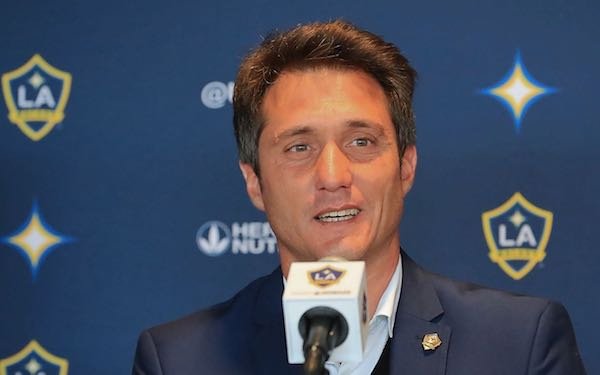 Te Kloese says one thing that made Barros Schelotto attractive was his work a turn-around specialist.

“First of all, as a player, obviously he’s proven to be able to win with a very accomplished career," he said. "And, as a coach both in Lanus and in Boca Juniors. He came into both teams in situations where there was a lot of need for organization, a lot of need for structure, and a lot of need for quality decisions, and I think in the position that we’re at, we can obviously take great advantage of his knowledge, and the ability to get teams and clubs organized in a way that his style of playing and his way of thinking about soccer is something that fits us."

And te Kloese added that Barros Schelotto was not afraid to use young players.

"I think he comes from a culture similar as to where I come from, where you play when you’re good enough and not based on age or anything else," he said. "I think with the knowledge he has of MLS, being a very high profile here for several years, I think that gives something extra and that will make the adaption also a little bit more easy.”