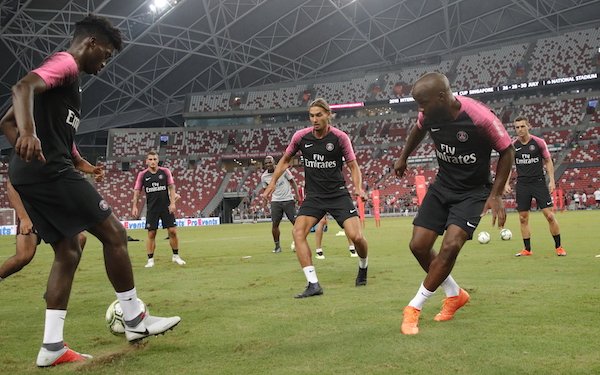 Tim Weah is off the Scottish champion Celtic for the rest of the 2018-19 season after signing a contract extension with Paris St. Germain that keeps him at the French champion for another season, through 2020-21, reported L'Equipe.


The 18-year-old son of the great George Weah had visited Celtic before Christmas and announced on Christmas Day his plans to leave PSG on loan.

Weah starred for PSG in preseason, scoring in 4-0 Trophée des Champions win over Monaco and off the bench in its Ligue 1 opener and starting in its second game of the season. But with the return of its World Cup stars and signing of Cameroonian forward Eric Choupo-Moting just before the French transfer window closed, there was no room for Weah in the first team, and he has not dressed since. His only three club games were with the PSG second team in the amateur fourth-tier National 2.

L'Equipe reported that the loan deal does not include a purchase option and the agreement with PSG followed a meeting between Weah's mother, Clar, and his attorney, Badou Sambague, and Antero Henrique, PSG's sporting director, on Friday.

PSG has been a pipeline for young French-bred strikers headed to Celtic. French international Moussa Dembele, who spent part of his youth in the PSG academy, starred at Celtic before moving to Lyon in August. Odsonne Edouard, 20, joined Celtic on loan last season before moving on a permanent transfer in June. Edouard had been in the PSG youth academy with Weah, who played for teams in the New York area before moving to France to join PSG’s academy at age 14.
americans abroad, france, men's national team
3 comments about "Report: Tim Weah loan to Celtic follows contract extension at PSG".
Read more comments >
Next story loading