Becky Sauerbrunn  is a leader for the U.S. women’s national team in several ways. She has long been the central cornerstone of the defense, working her way up from a backup role in the 2011-12 cycle to playing every minute in the 2015 World Cup and 2016 Olympics and serving as a team captain.

The University of Virginia alumna has also served as one of the leaders of the team’s players association, and she is rejoining U.S. Soccer’s Athletes’ Council after an absence of a couple of years. At club level, she’s the captain of the NWSL’s Utah Royals, a three-time NWSL Defender of the Year and a Best XI selection all six years of the league’s existence. 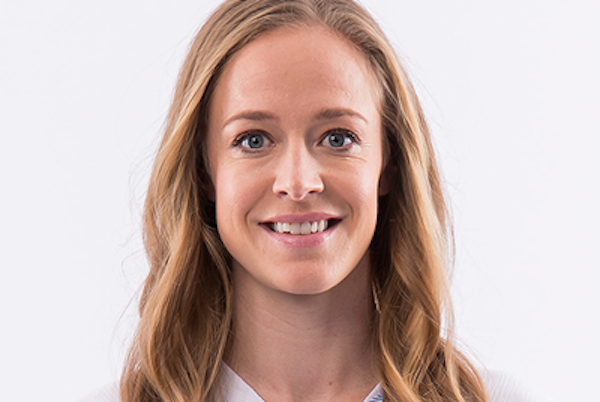 SOCCER AMERICA: The national team is spending a lot of time in Europe over a 12-month span. What are the pros and cons of doing so from a player's perspective?

BECKY SAUERBRUNN: A huge pro for going overseas is to get accustomed to being “uncomfortable.” Traveling long distances, disturbed sleep cycles, foreign languages and cuisines and customs, and playing in front of a potentially hostile crowd. The better you can get at being uncomfortable, the less you need to rely on comforts to be at your best.

On the flip side, this can also be very draining and somewhat of a grind. Overseas trips are some of the hardest and longest. With our dual schedule of club and country, it makes for little rest and recovery going back and forth.

SA: We're now nearly two years into the current national team Collective Bargaining Agreement (CBA). How have things changed for the players? Have players been able to take advantage of more marketing opportunities?

SAUERBRUNN: By negotiating back our group licensing rights, we have opened up many opportunities for separate revenue streams for the players. For instance, some merchandise is already out in the market and we hope to make more available soon.

SA: Has U.S. Soccer President Carlos Cordeiro reached out to the players association (or the team) since taking office? And since his election, has anything changed in the team's relationship with U.S. Soccer?

SAUERBRUNN: Our USWNTPA [U.S. Women's National Soccer Team Players Association] is in contact with Carlos Cordeiro. At the beginning of his term, he was kept busy with the successful [men’s 2026] World Cup bid. Several positions needed to be filled on both the men’s and women’s sides and we hope that the important processes will be conducted soon and hirings can be made on the women’s side.

SA: Many women’s national team and NWSL players ran in the recent Athletes Council [AC] election. Was this something discussed among the players or simply a sign that more women are engaged with U.S. Soccer governance?

SAUERBRUNN: I believe the number of women nominated and elected to the AC is a reflection of the current environment. We are seeing many women entering governance levels in many facets of society. 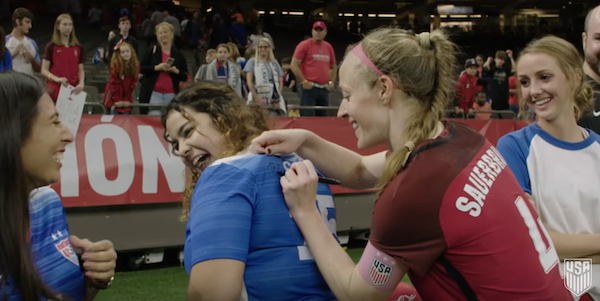 
SA: In the wake of Cordeiro being elected and Cindy Parlow Cone running unopposed, critics have suggested the Athletes’ Council is wielding too much power without hearing the concerns of grassroots coaches, players and fans. Is the Council more open to such concerns than it appears from a distance?

SAUERBRUNN: When Carlos Cordeiro was elected, the members of the AC at that time held several conference calls with the USWNTPA, were very open on sharing their thoughts and opinions with the PA, conducted interviews with the nominees and allowed us to “sit in” on the calls. I believe they made a very real and honest attempt to reach out to the players and ask our thoughts and opinions. They had the difficult job of taking all that into account and casting their votes.

SA: You're returning to the Athletes’ Council after an absence of a few years. What has changed since then?

SAUERBRUNN: After focusing my time and energy on helping to build up the USWNTPA I have a better understanding of what it takes to represent a group of people and to share in the responsibility of fighting for their welfare, both social and economic. I believe I’m coming back to the AC with a greater appreciation for a group of people who want to protect its members, as this council has attempted to do since its inception.

SA: Utah has just landed a big-time international signing in Vero Boquete. Is that a sign that the NWSL Players Association has made progress in pushing for better conditions and wages?

SAUERBRUNN: I believe the fact that the NWSLPA is now an acknowledged union adds legitimacy to the league and to the players who play in it or are thinking of playing in it. The NWSLPA will certainly fight for better wages and conditions, which will make the league even more appealing to its players and potential signees.

SA: Speaking of Utah and Vero, how excited are you to see her join the team?

SAUERBRUNN: I’m very excited that we’ve signed a talent like Vero to the league, and especially to Utah. It benefits everyone when the NWSL can attract a player of Vero’s caliber. Well, it maybe doesn’t benefit the poor midfielders who have to play against her!