MLS 2019: How the Eastern Conference has been reshaped

Four weeks into offseason activity, the top Eastern Conference teams have been tinkering with their squads. Teams below last year's red line have more work to do. In a couple of cases, that means trying to overhaul their lineups.

With less than two weeks to go before training camps open, here's how the offseason has gone for the 12 teams (presented in the order of their 2018 finish) along with their current rosters ...

Atlanta United.
Offseason in a nutshell ... Conventional wisdom was the MLS Cup champs would hire Boca Juniors coach Guillermo Barros Schelotto to replace Gerardo Martino as head coach -- one Argentina for another -- but they went instead with Dutchman Frank de Boer, leaving GBS free for the LA Galaxy to him pick up ... Pity Martinez, the 2018 El Rey de Americas, will be the biggest (and most expensive) of the MLS offseason but the clock is ticking on moving Miguel Almiron to Europe ...  Free agent signing Brek Shea will likely replace departed left back Greg Garza until 16-year-old George Bello (who has heavy U-17 commitments in 2019) is ready to step in full-time.

NY Red Bulls.
Offseason in a nutshell ... Tyler Adams is off RB Leipzig, a move that he says was in the works for a while. Shifts in midfield are nothing new to the Red Bulls, who traded Dax McCarty in 2017 and Sacha Kljestan and Felipe in 2018, knowing they still had Adams. This time it will be a little trickier. Venezuelan Cristian Casseres looked great in brief appearances in 2018, but he's only 18 ... The Adams replacement deflects attention from an issue that lingered with past midfield successions -- the need for more fire power up front to relieve the burden on Bradley Wright-Phillips ... Tim Parker was re-signed to a new three-year contract. At more than $800,000 a year for three years, he sets a new bar for top-of-the-line MLS defenders. 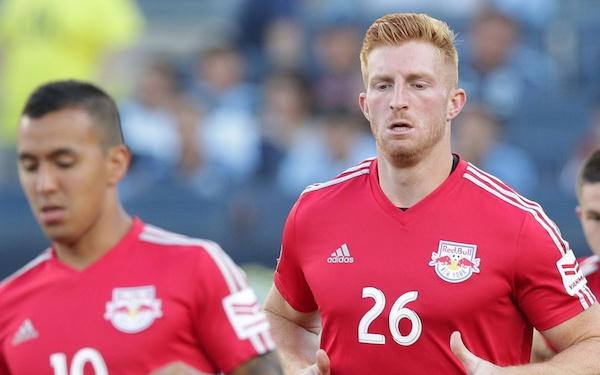 NYCFC.
Offseason in a nutshell ... The big loss, obviously, is David Villa, the heart and soul of NYCFC in its first four seasons, but it is not the only one ... When healthy, Yangel Herrera, on loan the last two seasons from Manchester City, was a force in midfield, but he likely won't be back in 2019 ... A possible midfield replacement (per MLSSoccer.com's Sam Stejskal) is 21-year-old Texan Keaton Parks on loan from Benfica, where he dropped to its second division team this season.

Columbus.
Offseason in a nutshell ... The Crew was saved, but Gregg Berhalter's move to the U.S. national team left the team's new owners scrambling to fill not one but two jobs: head coach and sporting director ... New president Tim Bezbatchenko was brought in from Toronto FC to oversee both the business and soccer sides of the club, and former Portland Timbers coach Caleb Porter will be the head coach. Both will be introduced on Wednesday ... Zack Steffen, the 2018 MLS Goalkeeper of the Year, was sold to Manchester City, but he won't leave until July.

D.C. United.
Offseason in a nutshell ... A new owner and new stadium from the start of the year mean new ambition for a team that went undefeated over its last 10 games of the 2018 regular season ... The signing of Lucas Rodriguez on loan from Argentina's Estudiantes reflects that ambition ... His acquisition will likely allow Coach Ben Olsen to move winger Paul Arriola to right back.

Philadelphia.
Offseason in a nutshell ... The is Ernst Tanner's team now. The German arrived from Red Bull Salzburg to replace Earnie Stewart as sporting director, but he didn't come until August, too late to have any meaningful impact on the team in 2018 ... He's already brought in Brazilian striker Sergio Santos for the 2019 season and is hoping to soon finalize a deal for a midfielder to replace 2018 MLS assist leader Borek Dockal, whose loan deal with China's Henan Jianye expired ... Like Stewart, Tanner believes in the Union's kiddie corps. Keegan Rosenberry was traded to Colorado, opening the door for 19-year-old Olivier Mbaizo from Bethlehem Steel to get first shot at right back. The player to watch: 18-year-old HG signing Brenden Aaronson.

Montreal.
Offseason in a nutshell ... The Impact's strong finish -- 11-6-4 over the last 21 games -- convinced first-year coach Remi Garde to keep much of the team intact. Evan Bush, one of the most underrated goalkeepers in MLS, was rewarded with a new contract, and veteran Frenchman Bacary Sagna was re-signed for 2019 ... Garde's goals for the offseason were to find a striker to take some of the scoring load off Ignacio Piatti -- Maxi Urruti, acquired from FC Dallas, is a start -- and a playmaker ... The sale of Uruguayan Alejandro Silva to Paraguay's Olimpia creates a hole in attack, but the transfer fee couldn't be beat: just over $3 million, a club record.

New England.
Offseason in a nutshell ... Colombian striker Juan Fernando Caicedo was the first of three or four maximum-salary players the Revs hope to sign ... Edgar Castillo arrived in a three-team deal and will take over at left back ... Juan Agudelo was re-signed, but two other holdovers from the Revs' 2014 MLS Cup team are gone. Kelyn Rowe was traded to Sporting KC in the Castillo deal, while Chris Tierney retired. 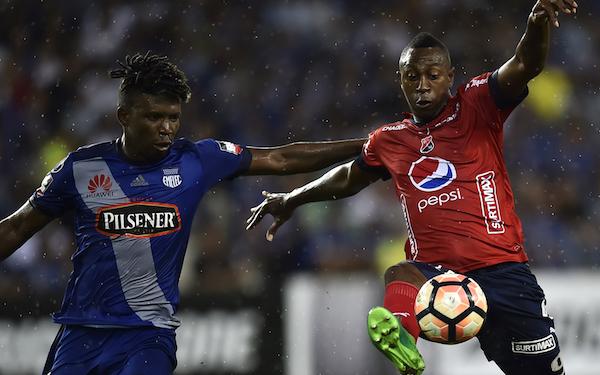 Toronto FC.
Offseason in a nutshell ... Bezbatchenko's move to his hometown, Columbus, opened the door for Ali Curtis to return to MLS as TFC general manager ... Deals to bring in Laurent Ciman and Nick DeLeon left TFC in good shape to rebound after its 2018 collapse ... Curtis will have a lot on his plate, though. TFC's three stars -- Designated Players Michael Bradley, Sebastian Giovinco and Jozy Altidore -- are all in the final year of their contracts.

Chicago.
Offseason in a nutshell ... Veljko Paunovic, whose contract ran out at the end of the year, was re-signed to a multi-year contract (two years plus an option for a third) ... Also back will be Bastian Schweinsteiger, who will return for a third season ... The Fire is counting on Brazilian Marcelo to provide stability that was lacking in the middle of the backline in 2018.

Orlando City.
Offseason in a nutshell ... A serious makeover after the 2017 season left the Lions with a bloated roster when the changes didn't pan out ... Luiz Muzzi was brought in from FC Dallas as executive vice president of soccer operations to replace Niki Budalic and says he wants to make Orlando City younger, using the FC Dallas model of building around Homegrown talent. That's easier said than done ... In the meantime, the sale of Peruvian World Cup midfielder Yoshi Yotun to Cruz Azul for a fee of $4 million gives Muzzi some extra funds to find help, which is needed throughout the lineup.

FC Cincinnati.
Offseason in a nutshell ... After winning the 2018 USL regular-season title, FC Cincinnati is convinced it can be competitive with a nucleus of holdovers (11 in all) ... As the lineup is shaping up, though, most of Coach Alan Koch's first choices will likely be offseason acquisitions ... In quick succession, FC Cincinnati made moves to assemble a competent backline with outside backs Garza and Alvas Powell (both former MLS champions), Frenchman Mathieu Deplagne and two-time Best XI pick Kendall Waston. 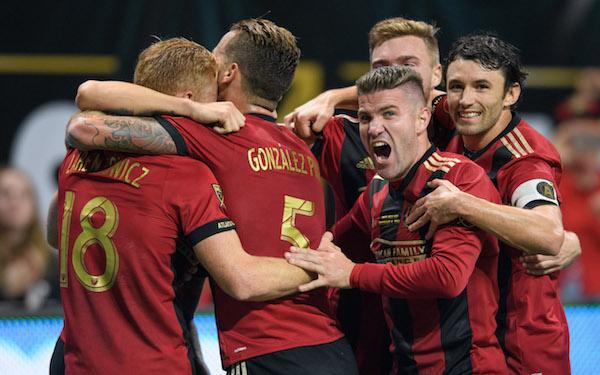