Michael Bradley: 'My best years are still in front of me' 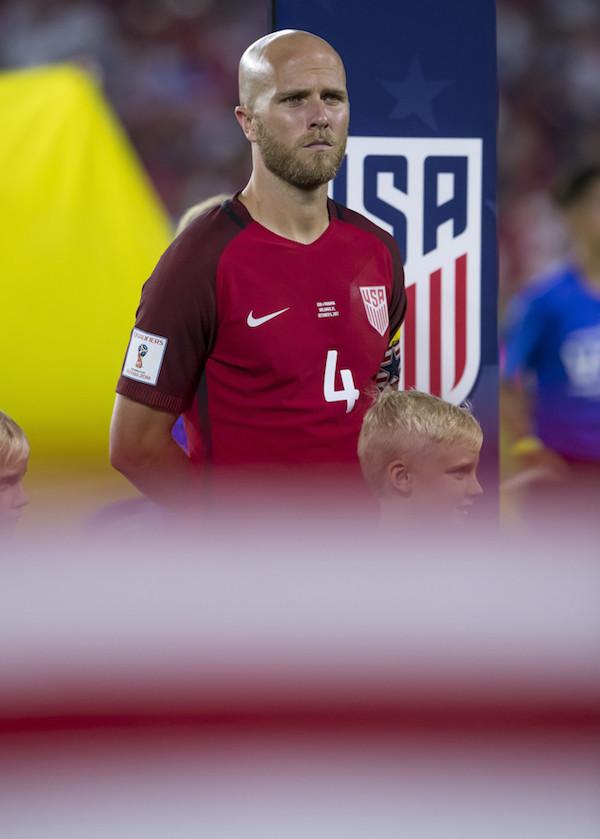 Michael Bradley is only 31, but he has been around the U.S. men's national team for so long he was on the team with his new boss, Gregg Berhalter, for the pre-World Cup 2006 camp.


Bradley was 18, just starting out his European career at Heerenveen in the Netherlands. Berhalter was a veteran, in his 12th year in Europe.

Bradley, an extra brought into camp by Bruce Arena to gain experience, came on as a sub for his first two caps. Berhalter was called into camp and went to his second World Cup after Cory Gibbs was hurt, forcing him out of the World Cup in Germany.

Bradley, the oldest player in the U.S. men's national team camp that opened Monday in Chula Vista, California, says he doesn't know Berhalter well but there's respect between the two of them from that experience in 2006 and crossing paths the last five years in MLS, Bradley at Toronto FC and Berhalter the coach at Columbus.


First day in the office. The #USMNT getting down to business in SoCal. pic.twitter.com/ABpY0YB5As

Berhalter is the fifth coach Bradley has played for on the national team after Arena (twice), his father Bob, Jurgen Klinsmann and interim coach Dave Sarachan for two games in 2018.

"It's life," Bradley said of playing under a new coach. "It's how football works. Whenever a new coach comes in, that coach has a chance to work in whatever way he wants, to choose the players, to get the team to play how he wants, however he wants to set the tone on a given day, and it's down the players to come in with an open mind, to be excited, to be ready, to give everything for each other, but also for the new coach, for the new staff to show what you can add to the whole thing. In that regard, this initial part with Gregg is exciting for all of us."

"I don't count caps as I am going," he said. "I enjoy every opportunity to play for the national team. It has given me some of the proudest days of my career. I love representing my country. Every opportunity I have to play, to compete, to make the team better, to try to lead, that's what I love to do."

Bradley will be 35 when the next World Cup is played in late 2022 in Qatar and wants to play in what would be a third World Cup for him after playing every minute in all eight U.S. games at the 2010 and 2014 tournaments.

"If you ask me right now, absolutely," he said. "I wouldn't be here if I didn't want to. I love to play, I love to train, the way I take care of myself, the way I live my life, my best years are still in front of me. That's my mentality every day. Obviously, there's no guarantees in football. And even if there were, I wouldn't want them. Gregg and I have spoken a few times, and one of our first conversations was just that. There are no guarantees, but we're not shutting any doors. We take every day, every training, every game as it comes. You enjoy it, you play, you compete. You take it as far as it goes."

mls
23 comments about "Michael Bradley: 'My best years are still in front of me'".
Read more comments >
Next story loading