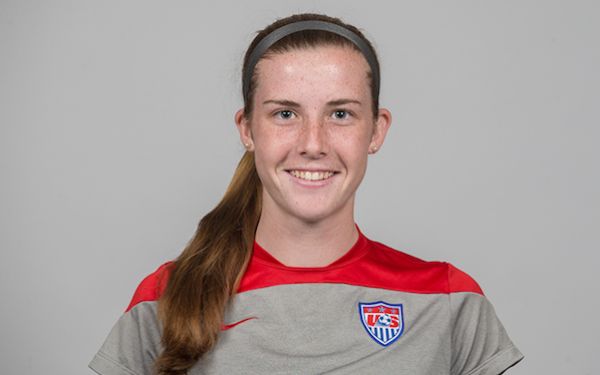 U.S. national team defender Tierna Davidson has decided to forego her senior year at Stanford University to enter the NWSL College Draft that will take place Thursday in Chicago.

Two other national team players, Lindsey Horan and Mallory Pugh, have skipped college soccer altogether -- in Pugh's case after one semester of studies at UCLA -- but Davidson is the first national team player to leave early. She was a late addition to the list of eligible players.

Davidson started most of last season at center back for the USA before being injured while playing for Stanford in September. She missed the rest of the college season after helping the Cardinal win the national title in 2017.

North Carolina sophomore Emily Fox is the only other current collegian with the USA in Portugal, where it is preparing for friendlies against France and Spain.

Top picks. Stanford teammates Tegan McGrady and Jordan DiBiasi are both also expected to go in the first round. UCLA's Hallie Mace, who replaced Davidson on the USA's Concacaf Championship roster, is the likely second pick after Davidson.

The Chicago Red Stars hold the top pick in the draft. Sky Blue FC has the second and third picks and five of the first 11 selections, but there are concerns that publicity surrounding the poor working conditions at the New Jersey club might scare players off for signing.

Since the 2015 College Draft when the first round produced five current U.S. national team players, the draft's value has declined.