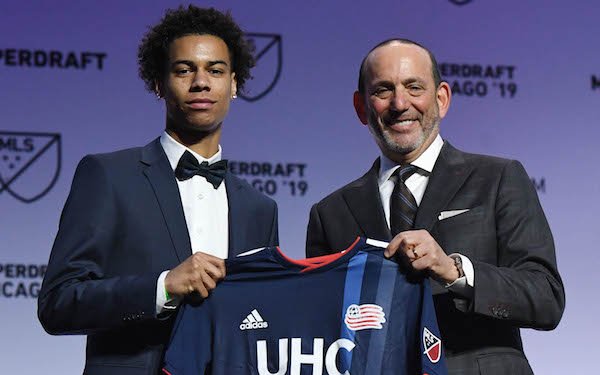 The SuperDraft is one of MLS's most established events.

Since 2003, it has been held in conjunction with the United Soccer Coaches Convention and draws packed audiences of fans, coaches and others working in the game in convention ballrooms around the country to witness this rite of passage in American sports.

The game's top young players move from college to the pros and get a chance to thank those who helped them along the way.

Their stories are inspiring -- from Siad Haji, the son of Somali refugees who settled in New Hampshire and was taken with the No. 2 pick by San Jose out of VCU in Friday's draft in Chicago, to Tucker Bone, who stood dressed in full dress uniform and thanked the Seattle Sounders for drafting him in the first round when there is no certainty about when he will be available beyond 60 days of leave Air Force Academy graduates are given.

And their stories aren't generally known. College soccer players generate a tiny fraction of the coverage of the top players in college football and college basketball, who enter the pros as household names, so the spotlight the SuperDraft puts on MLS's newest signings is not insignificant.

The problem is that the SuperDraft's relevance has declined. The influx of Targeted Allocation Money has resulted in fewer young Americans getting significant playing time. And in turn those Americans signing as Homegrown players are squeezing out those who have been drafted.

Just six Americans eligible for the 2020 Olympics as U-23 players played at least half the time during the 2018 MLS season. None of them went through the SuperDraft. Five were academy players who turned pro via the Homegrown Player mechanism; the sixth, Brooks Lennon, went from the Real Salt Lake academy to its first team via Liverpool's youth system.

MLS needs an event for these Homegrown Player signings to get at least equal billing with college draftees -- an event in conjunction with the draft or something along the lines of the NCAA's national signing days with coordinated events to maximize media exposure.

The other factor impacting the SuperDraft was raised when the Philadelphia Union's new sporting director, Ernst Tanner, traded all five picks the Union had for allocation money. He felt none of the players available with the draft slots it had would have been better than what the Union has on its USL second team, Bethlehem Steel.

“I was very intrigued by it," Garber said of the move, without passing judgement on its wisdom, "and I actually thought the buzz around it was great."

Garber is right when he says that there will always be a place in MLS for players raised outside the MLS academy system -- players like Haji, who grew up in Manchester, New Hampshire and whose parents couldn't drive him to New England Revolution practices -- but those numbers are shrinking. 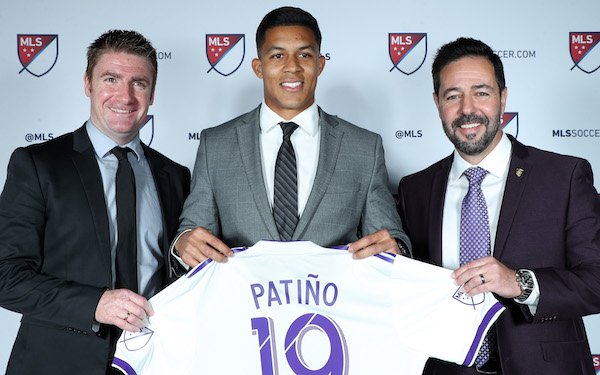 Fewer and fewer players will be available who have not already been tagged with Homegrown labels because MLS teams are aggressively recruiting out-of-area players and setting them up in residency programs. Clubs that have USL teams are encouraging players to avoid college soccer altogether and parking them on their second teams.

The Seattle Sounders, whose U-16/17s won the 2018 Development Academy championship, have recruited players from Latino communities all across the state of Washington, California's Central Valley and Las Vegas and started signing the best players to USL pro contracts. FC Dallas signings in the last year included players it recruited from Alabama, Arkansas and as far away in Texas as El Paso.

The SuperDraft isn't going anywhere -- Garber says there is no guarantee, though, that it remains connected to the coaches convention -- but only time will tell what is its place in American soccer's rapidly changing landscape.

Garber said no decision has been made whether MLS will pull its academy teams out of U.S. Soccer's Development Academy but he said he isn't sure if the league will always be as closely aligned with the federation as it has been up until now on player development.

Driving MLS's changing positions on player development -- including Training Compensation and Player Development -- is the massive investment being made by MLS owners and the increasing pressure to see a return on their investment. That could be academy players breaking into the first team and saving the costs of transfer fees to otherwise fill lineup spots or academy players like Alphonso Davies and Tyler Adams being sold for large fees.

If you combine what MLS clubs are spending each year on academy and USL programs with the cost of the half dozen new training facilities that will be built, you're easily talking about $500 million or more on player development costs over the next three or four years.

That's reaching levels where some owners are starting to wonder whether it would be easier and more efficient to take that money and pour it into increased spending on TAM and more Designated Players, mechanisms generally designed to bring in better foreign talent.

"We have to start making a return on that or I can't look an owner in the eye and say this makes sense," Garber said. "This is not a philanthropy. This is about trying to build the right kind of environment to develop players that teams can find effective. If they can take that money and say, 'Give me that money in TAM or a Designated Player so I can satisfy my fans,' then that is something that is counter in the long term to decisions we have to make in youth investment. We do need to see more return."