Who would have guessed that an exhibit by referees would be the standout attraction in the sprawling Exhibit Hall of the United Soccer Coaches convention?

That's what PRO, the organization that manages referees in U.S. and Canadian pro leagues, pulled off in Chicago with a couple of interactive displays, including one that gave passers-by a chance to take control of a VAR console to see if they could make the call. 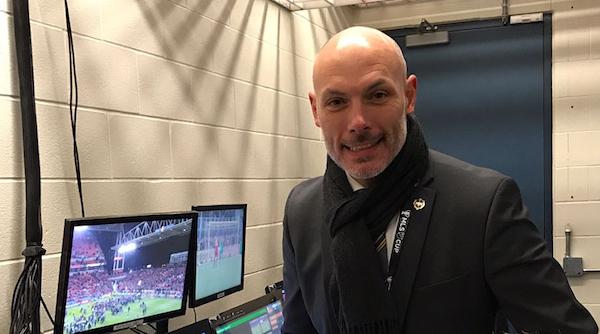 The exhibit was part of a larger presence from PRO and other referees. Alan Kelly, the three-time MLS referee of the year, did a session that included a bit of VAR talk. Coinciding with Kelly's talk -- to presenter Steve Mauricio's chagrin -- was a session on using an app to get young referees more engaged. The same day, PRO general manager Howard Webb shared his wide range of experience, including his 2010 double of World Cup final and Champions League final.

Running VAR was eye-opening. When a play was referred to VAR, four different angles popped up on the screen like a cable talk show with four pundits set to yell at each other. The first trick is to figure out which angle will be best. It's not easy if you're trying to do it quickly, and doing it quickly was part of the score assigned to each participant.

For the record, I did well up through Level 8. I missed Level 9, as was made apparent when the program showed me the best angle to demonstrate my mistake. I'm still arguing about Level 10, in which the offending player's forearm whack to the unfortunate defender's head certainly seemed like serious foul play to me.

But the experience was a rare opportunity to put yourself in a professional referee's shoes. Walking around as a center ref for a U-9 rec game isn't quite the same thing. No one is going to put a layman in charge of an actual game, and those of us long past our running days wouldn't keep up with the players, anyway.

And still, it doesn't fully replicate the VAR experience. Webb's presentation showed a VAR decision in which the person watching the replays had to choose from 13 cameras to spot a handball that negated a Gyasi Zardes goal. 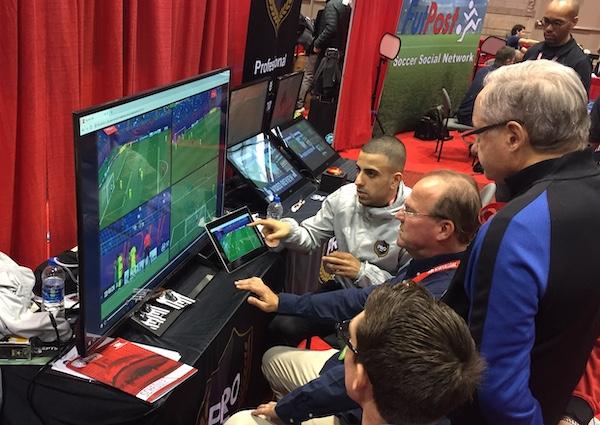 You could argue Webb, like the VAR game in the Exhibit Hall, was there to make refereeing look cool. But he also made it seem scary. He's still haunted by accusations of being a Manchester United partisan, even if he can laugh about people who come up and tell him it's nice to meet a Manchester United legend.

Refereeing was something that didn't interest a young Howard Webb.

Webb also addressed a couple of other controversies in his career, including a mistake he regrets from the 2010 World Cup, the second major final he officiated that year after the Champions League final. In the midst of a testy game, the Netherlands' Nigel de Jong put a boot in the chest of Xabi Alonso's chest. Webb showed yellow, the fifth of the game on the way to 14 in the game.

"My missus could tell that was a red card," Webb said.

And Webb shared a moment of self-doubt from that violent final. He fretted to his assistants on the radio that the yellow cards were not controlling the game. His assistants bolstered his resolve by telling him to continue the hard line.

Webb also dismissed any nostalgia that referees were better in the days gone by, first with stats showing how much more high-speed running refs do today. The more visceral demonstration was a horrible offside call from the 1990 World Cup third-place game in which Italy had a goal disallowed even though several English defenders and about 10 yards of space kept the player onside.

What about VAR? Webb extolled its virtues, saying the missed Thierry Henry handball call in 2010 World Cup qualifying against Ireland was a tipping point.

Technology also means game officials are communicating in ways we might not see. The example he showed featured an assistant ref who didn't raise the flag for a potential offside call but was on the radio right away to let the crew know they might want to take another look when the play played out.

But for all the gadgetry referees have at their disposal today, the game still depends on judgment and what Webb calls "the feel for the game." He gave an example of a handball he called in the 2014 World Cup in which he actually had a partially obstructed view but was able to make the correct call because his experience told him the ball would not have moved the way it had if it hadn't been handled.

So the overarching message was simple. Referees are human.

referees
5 comments about "Refs impress at coaches' gathering with VAR demos and tales from the field".
Read more comments >
Next story loading