U.S. Soccer has regionalized its U-14 youth national team setup, doubling the number of players going through the program annually to 240. Each region -- East, Central and West -- will host five-day, 80-player mini-camps. Sixty players, roughly 20 from each region, will then gather for a U-14 National Identification Camp this summer. 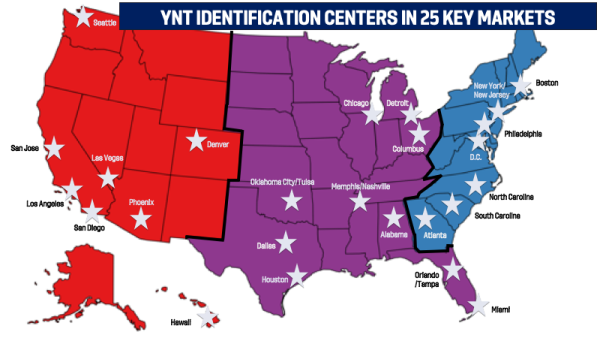 "Our TID [talent identification department] Managers and YNT [youth national team] Network Scouts, along with the Academy and member clubs, are identifying more and more players with YNT potential that we want to influence and get to know better through our in-market YNT Identification Centers and mini-camps," said U.S. Soccer Director of Talent Identification Tony Lepore in a press release. "We can use these settings to create an engaging and fun environment over multiple days to help us compare players from different scouting areas in order to eventually identify the top talents that will funnel into our U-15 boys' national team."

The first mini-camp is underway Jan. 17-21 in Carson, California. The Central and East mini-camps take place in March and April.

The player selection begins with the "in-market scouting process" -- players observed in games; the top talents selected to attend YNT Identification Centers, formerly known as Training Centers. The single-day sessions will host more than more than 600 players in the U-14 and U-15 age groups. 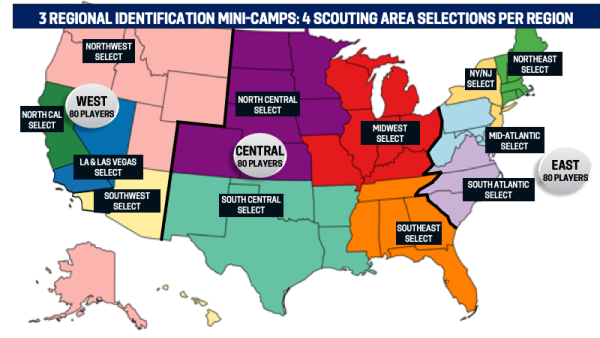 "This model will really help us strengthen not only our own YNT Scouting Network, but also our relationship with the clubs in each of the key markets," Lepore said. "It's a critical relationship, because scouting starts with the clubs in their own communities. Everyone will begin to have this reference point, which is important with the size of our country and also when comparing the level of players from different areas to make the right recommendations. ...

"The new program helps us cast a wider scouting net for national identification but also allows us to evaluate players with an eye towards the future, identifying the ones to keep monitoring in their own environment as we move into the U-15 cycle and beyond."

U.S. Soccer will implement a similar U-14 program for girls players next season.