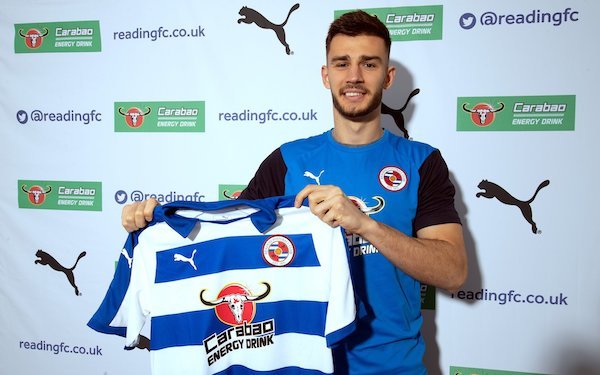 's first two full seasons in Europe, on loan from Chelsea to Dutch club Vitesse, were a success.

A Dutch Cup title in Year 1 and promotion to captain and Europa League run in Year 2.

Brought in to try to rescue a relegation-threatened second division English club was probably not how he envisioned to close out his third season.

To date, it's has been a disaster, but he has a chance to salvage it at Reading in the English League Championship. Miazga's loan move follows a controversial exit from French club Nantes on Monday.

He played only one match -- a French Cup match against Ligue 2 opponent Chateauroux three weeks ago -- after being benched by new head coach Vahid Halilhodzic following a disastrous Ligue 1 game against Bordeaux in late September.

But when Miazga departed, he did so with the Canaris' backline in flux with the departure of Kara Mbodji, whose loan from Anderlecht ended. Halilhodzic was furious with Miazga's exit, saying he planned on starting him in Nantes' next two games, a French Cup match against third division Entente and a Ligue 1 match against St. Etienne for which defender Nicolas Pallois was suspended.

Both matches have been rescheduled following the presumed death of Argentine star Emiliano Sala, whose private plane disappeared over the English Channel later on Monday night as he headed from Nantes to Wales to join EPL club Cardiff City.

Miazga, who finished with eight Ligue 1 starts (and yellow cards in his last five games) for Nantes, is one of five players Reading has brought in to try to avoid the drop to League One.

"Matt is a skillful, committed and commanding presence at the center of defense," said Reading's Portuguese manager Jose Gomes, who was hired three days before Christmas.

The Royals next game is on Tuesday at Bolton Wanderers with which they are tied for 22nd in the 24-team Championship. The bottom three teams go down to League One.
americans abroad, men's national team
1 comment about "Matt Miazga's season to forget takes him to struggling English second division club".
Next story loading