USA-Panama: The Gregg Berhalter era begins, but remember -- it's all about the players

The Gregg Berhalterera begins on Sunday night when the USA hosts Panama in Glendale, Arizona.

A sparse crowd -- pre-sale for the game at 63,400-seat State Farm Stadium was put at "more than 6,000" -- will get the first glimpse of just what the new men's national team coach has in mind as he begins work on re-building the program.

It will be hard to put too much into how the USA plays for a couple of reasons:

-- More than half the players who'd be projected to start when all players are available aren't with the team. Most of them are in Europe.

-- Panama, struggling to rebound after finishing last out of 32 teams at the 1998 World Cup, has brought a very inexperienced team to Arizona.

But with that in mind, Sunday's game will be Berhalter's first chance to put into practice what he has been working on for almost three weeks.

Berhalter then cautioned that that might be a little bit of challenge, but he said it will give him a blueprint to go forward with for the second friendly -- next Saturday against Costa Rica in San Jose, California -- and to better use training sessions to prepare his players.

Berhalter has talked a lot about how he sees the game, how he wants the national team to play and how similar or different that might be than how the Columbus Crew played under him over the last five years.

But ultimately it will come down to the players ...

-- How will players who have been around the national team for at least a couple of years rise to the occasion?

That begins with Michael Bradley, who has more caps than all other players on the team combined and is coming a rough season with Toronto FC. Berhalter said Bradley's execution in camp has been excellent.

Berhalter's captain in Columbus was Wil Trapp, who held a very defined role with the Crew.  Trapp brings some unique playmaking skills to the national team though his physical tools to play the role of holding midfielder at the international level have been questioned. 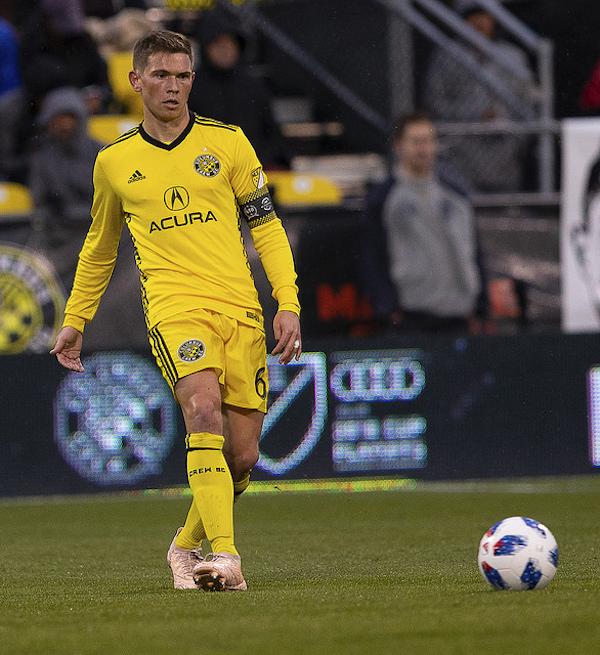 Cristian Roldan earned his first cap under Bruce Arena at the 2017 Gold Cup but was passed by for even younger players last year. He could be ready for a bigger role under Berhalter.

-- How will players who were just breaking in last year under interim coach Dave Sarachan perform?

In his first season as a starter at FC Dallas, Reggie Cannon earned a call-up to the national team. DeAndre Yedlin's hold on the starting spot at right back is not secure, but Cannon will have to show he can attack confidently and consistently.

With both Matt Miazga and Cameron Carter-Vickers struggling in Europe this season, the starting spot next to John Brooks at center back is up for grabs. Aaron Long earned MLS Rookie of the Year honors in only his second season as an MLS starter with the Red Bulls and should get a chance.

-- How will players new to the international scene do?

Eleven of the 23 players -- or more than half the field players -- in Glendale are uncapped, so several could get a chance to start.

Much will depend on how Berhalter decides to line up the national team, but Russell Canouse, a big factor in D.C. United's late 2018 run, could replicate Brazilian Artur's role on the Crew as the cleaner-upper in midfield alongside Bradley or Trapp.

Left back is wide open following the departure of Greg Garza, who exited camp with a quad issue. Nick Lima was in January camp a year ago but didn't face Bosnia-Herzegovina. No one would have predicted a call-up for 27-year-old Daniel Lovitz, but Berhalter said he matched the profile he was looking for in a left back.

A knee injury kept 20-year-old Djordje Mihailovic, the second youngest player on the team, out of action for much of the 2018 MLS season, but he showed enough at the end of 2017 and 2018 to impress Berhalter, and he has not disappointed in camp.

One thing should be noted. Don't expect to see two different teams start the two games against Panama and Costa Rica like Sarachan during the fall windows.

"What we want to do is start working on building, and building continuity and building a core," added Berhalter. "That will be important in these games. One thing I will say is everyone in camp has worked extremely hard and you'd love to give everybody the opportunity. That just may not happen in these two games."

men's national team
4 comments about "USA-Panama: The Gregg Berhalter era begins, but remember -- it's all about the players".
Read more comments >
Next story loading