Seven players made their USA debuts in Coach Gregg Berhalter's first game at the helm -- a 3-0 win over Panama, also a team in the midst of rebuilding -- and for the most part the debutants impressed.

USA Player Ratings
(1=low; 5=middle; 10=high.)
GOALKEEPER
Zack Steffen did well to stay awake in the first half, when the only Panama shot was a weak one straight to him. He made a super diving save on Edson Samms' 55th-minute close-range shot, blocking it with his left arm. Sean Johnson replaced Steffen in the 74th minute.

DEFENDERS
Left back Daniel Lovitz took advantage of a tame Panama offense and looked like a midfielder for most of the game, making mostly accurate passes. Captain Aaron Long held down the fort. Walker Zimmerman hit a superb long pass to Corey Baird late in the first half, and scored the USA's second goal with a header. 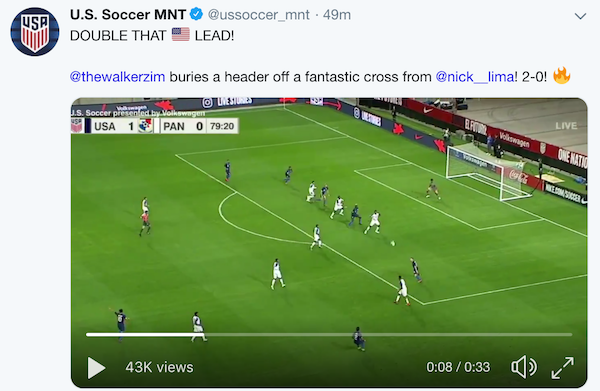 MIDFIELDERS
Veteran Michael Bradley, composed and efficient, left no doubt that he'll be part of the rebuilding project. He defended well in front of the backline and hit crisp passes that helped the USA dominate in possession. Nick Lima helped create the first U.S. goal and served as a right back when needed. He won the ball with a strong sliding tackle and hit a perfect cross to set up Zimmerman's goal for the 2-0 lead. Cristian Roldan helped the U.S. midfield rule the game but without any notable attacking contributions. Left winger Jeremy Ebobisse was impaired for much of the first half after a head clash with Francisco Palacio. The USA may have better off had he been subbed earlier instead of playing short-handed during his sideline treatments. Corey Baird, who assisted on Djordje Mihailovic's goal, frequently troubled Panama's back line while attacking from the right flank.

FORWARDS
Gyasi Zardes, unmarked, headed high and wide on a chance that should have given the USA a lead in the 9th minute. He missed another header in the 37th minute. In the second half, he shot straight to keeper Eddie Roberts from close range and skied the rebound. Djordje Mihailovic constantly made himself available by moving into midfield and, although he rushed a few passes that went astray, he generally did well with the ball and from the get-go had the Panamanians wary. The youngest American on the field, he scored on a sharp strike that gave the USA a 1-0 lead. And although none led to a goal, Mihailovic hit good corner kicks. 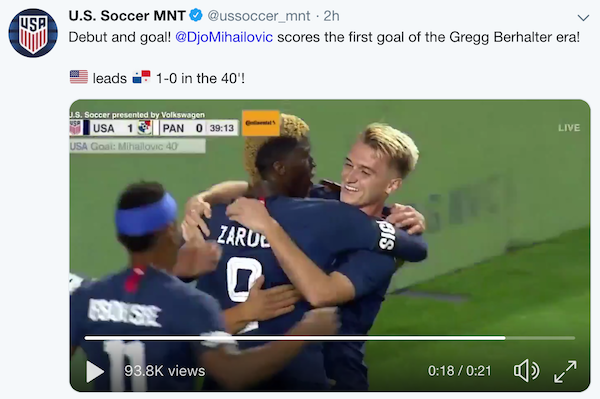 SUBSTITUTES
Sebastian Lletget replaced Mihailovic in the 63rd minute and a minute later dribbled through the defense to set up Zardes for a solid chance. Jonathan Lewis had several nice touches on the left wing and roasted Edgar Gondola to serve up Christian Ramirez's tap-in to make it 3-0. Goalkeeper Sean Johnson replaced Steffen in the 74th minute saved an easy long-range shot a minute later and snagged a high through ball securely. 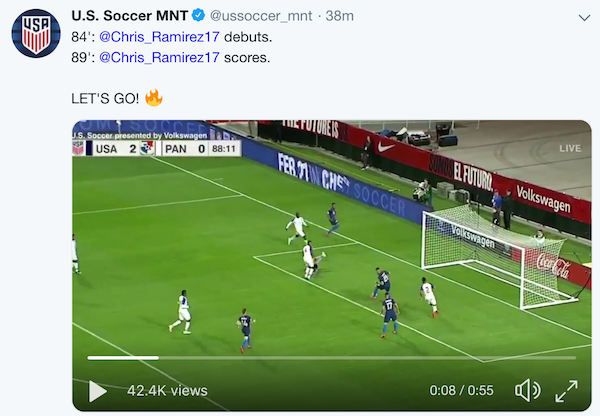 TRIVIA: Five debutants in the starting lineup -- Nick Lima, Daniel Lovitz, Corey Baird, Jeremy Ebobisse, Djordje Mihailovic -- was the most since five players earned their first caps in a 2-0 win over Canada in 1992: Cobi Jones, Joe-Max Moore, Brad Friedel, Mike Burns and Mike Lapper, all of whom would make the USA's 1994 World Cup squad.