Inter Miami is ready to bring Lockhart Stadium back to life 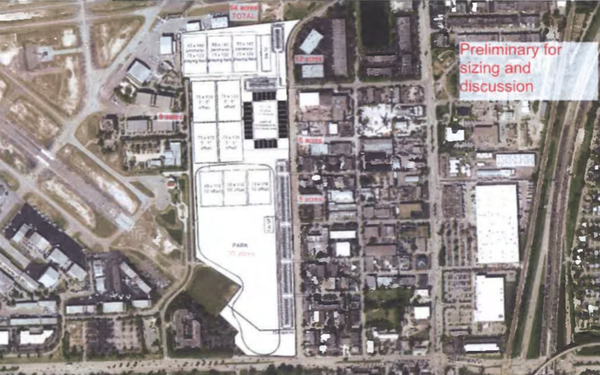 Nothing epitomizes the highs and lows of soccer in South Florida quite like Fort Lauderdale's Lockhart Stadium.

Inter Miami, the MLS team that will begin play in 2020, hopes to bring it back to life as the training site for its first team and home of academy program that it aims to launch this year.

A multi-purpose sport stadium could serve as a home to a USL team and venue for international matches to accommodate the many Latin American teams that come through Miami.

The plans, submitted to the City of Fort Lauderdale and announced on Monday, are separate from plans, approved by Miami city voters in November, to lease Melreese golf course for the construction of Miami Freedom Park, which would include a new soccer stadium as part of a $1 billion commercial development on 73 acres of land.

“The vast history of soccer in South Florida has deep roots in Fort Lauderdale dating back to the original Strikers of the '70s and '80s, the Miami Fusion of the '90s and early 2000s as well as the recent clubs that have called Lockhart Stadium their home,” said Paul McDonough, Inter Miami’s sporting director, in a team statement. “It is a privilege to be able to present a sustainable proposal that honors that history and revitalizes the area. Our training facility will serve all of South Florida’s soccer community and provide amateur and professional athletes the opportunity to achieve their goals both on and off the field.”

Soccer in South Florida took off in the late 1970s when the Ft. Lauderdale Strikers with stars like George Best, Gerd Mueller and Teofilo Cubillas moved into Lockhart Stadium, a local high school football stadium that first opened in 1959.

The Miami Fusion, MLS's under-funded stab at conquering South Florida, played at Lockhart Stadium after $5 million in renovations were made in 1998, making it the first small-sized stadium (capacity: 20,000) in which an MLS team played.

But following the demise of the second attempt at the Strikers, who played in NASL for six years, Lockhart Stadium was abandoned and soon overrun with weeds.

mls, youth
1 comment about "Inter Miami is ready to bring Lockhart Stadium back to life".
Next story loading