Last year marked Ray Reid's 30th season as a college head coach. The first eight were at the helm of Southern Connecticut State, which he guided to three Division II national titles. In 1997, he replaced the legendary Joe Morrone at UConn, and with the Huskies won the 2000 Division I national title, reached the NCAA tournament 18 times, and has seen 37 UConn alums play in MLS. With an average attendance of 3,213 in 2018, UConn led DI men's soccer programs in attendance for the second straight season. 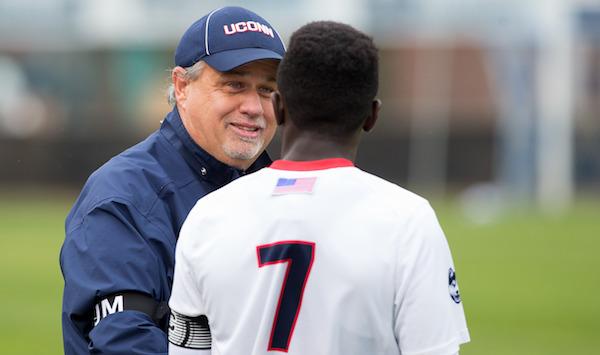 SOCCER AMERICA: How did you get your start in soccer?

RAY REID: My first encounter with soccer was with my dad: Ray Reid Sr. He was born in Glasgow, Scotland and came to the USA on a boat in 1956. He started to teach me the game at 8 years old, which was 1968, and not many people knew about soccer in the U.S. at that point. He would drive around the neighborhood, pick up our team in groups of five and bring them to practice. He would make four trips to get everyone there. He is my hero and everything I have is because of him.

RAY REID: We have been very blessed to have players at Southern Connecticut and UConn who are extremely talented. They come to us with dreams and our challenge is to put them in a demanding environment on a daily basis in order to help make those dreams become a reality for them. Great players attract other great players.

UConn's roster is comprised two-thirds of U.S. products and players from France, Canada, Senegal and Germany.

RAY REID: We have always believed that the game is best played with a diversified team. Both at Southern Connecticut and UConn, we have been able to attract top international players like Andre Blake, Cyle Larin, and Mamadou Diouf at UConn and top American players, such as Mike Petke, Rick Koczak, Chris Houser, Bo Oshoniyi and Chris da Silva at Southern Connecticut.

The key changes in the soccer landscape since you became a college head coach.

RAY REID: I think you see more programs with financial support. Every young coach knows how to organize a defense and emphasize restarts, so hence all opponents are difficult. With the introduction of the U.S. Soccer Development Academy, there are fewer “hidden” recruits to find. Everyone knows where they are. With MLS starting more than two decades ago, it has helped put more of a spotlight on soccer in America in general. 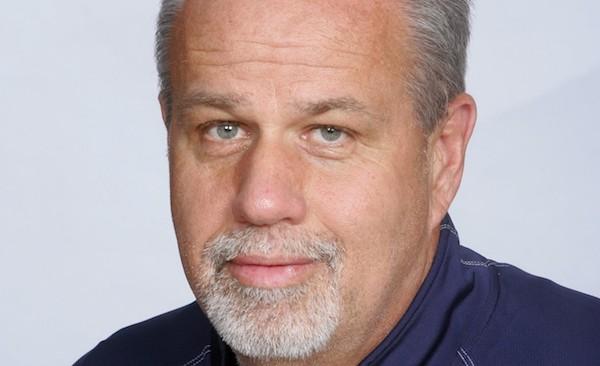 Ray Reid Coaching Tree
The following played for Reid at UConn or Southern Connecticut State and/or served as assistant coach to Reid.

To what do you attribute the large number of your former assistant coaches who have gone on to successful coaching careers?

RAY REID: We have been blessed to have some real students of the games on our staff and people who are not afraid of hard work. We try to create an environment of learning and development for assistant coaches. We make sure all of our assistants have their hands in various aspects of the program. We learn from each other and grow as a staff. 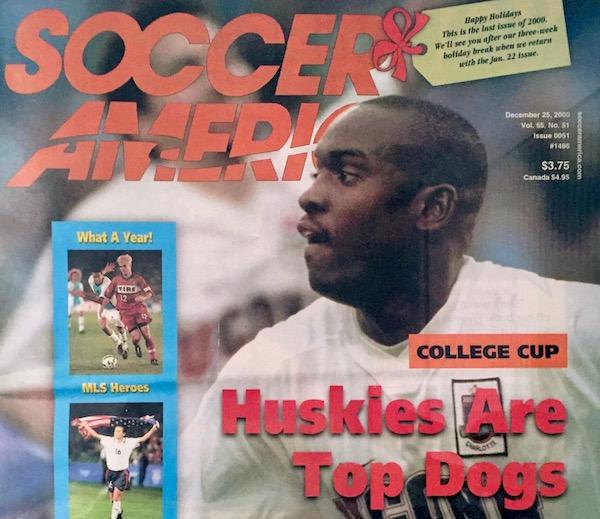 RAY REID: In 1995, our quarterfinal match at Franklin & Pierce was delayed three days due to snow and ice. I had promised the team that if we beat them, I would jump in the lake at the bottom of this hill on the Franklin & Pierce campus that was about a half of a mile from the locker room. Keep in mind it was November 21st in Rindge, New Hampshire. When we beat them, it was about 20 degrees out and I kept my word, and I jumped in the lake. All the boys laughed hysterically. They then got back on the bus and left me soaking wet at the bottom of the hill. I walked half of a mile up the hill soaking wet. It was well worth it as we went on to win the national championship that year.

U.S. Soccer became heavily involved in youth soccer 12 years ago when it launched the Development Academy.

RAY REID: The DA has been good for American soccer. Better training, more good players playing together and having control of an organized schedule of matches are some of the positive things that have come out of it. Obviously, the [limited] substitution rule has been tremendous improvement for the game. It is my hope that my colleagues in the college game will embrace a change in the substitution rule.

What U.S. Soccer could do to improve American soccer.

RAY REID: I think U.S. Soccer should start employing multiple coaches in each state to work with the U-6 and U-8 players to ensure the environment and the first contact with young players is a positive experience.

The quality of play in MLS and MLS’s role in advancing American soccer.

RAY REID: I think everyone is far too critical of the MLS. What we have accomplished in the first 20 years is a step in the right direction. MLS is paying attention more to their academies and USL teams and pouring more money into the youth system. MLS is going to continue to grow and help our game grow. I think people expect MLS to solve 60 years of American soccer problems too quickly. MLS and U.S. Soccer are doing everything they can to expedite the process.

The most influential coaches for me were Bob Dikranian, Ray Perez, Bobby Schimpf, Jim Calhoun and Ralph Perez. Coach Dikranian was my head coach at Southern Connecticut. A brilliant soccer mind … years ahead of his time. He was a demanding, driven coach who helped me more than anyone. Ray Perez was my high school coach and junior high school guidance counselor. He molded me and gave me great discipline and always believed in me. Coach Schimpf was a coach of mine on Long Island who taught me the value of hard work, intensity, focus, and perseverance. With Coach Calhoun [three-time Division I national championship-winning basketball coach at UConn], I had the opportunity to watch him work every day for about 14 years. He is a driven taskmaster. A perfectionist. He has an unbelievable ability to get players, people, and groups to believe. A fantastic human being. Both Ralph and Ray Perez are from my hometown of Brentwood, New York. I got to know Ralph in 1995 when Coach Perez passed away. Ralph has a wealth of experience for an American coach. I learn every time I speak with about the game. 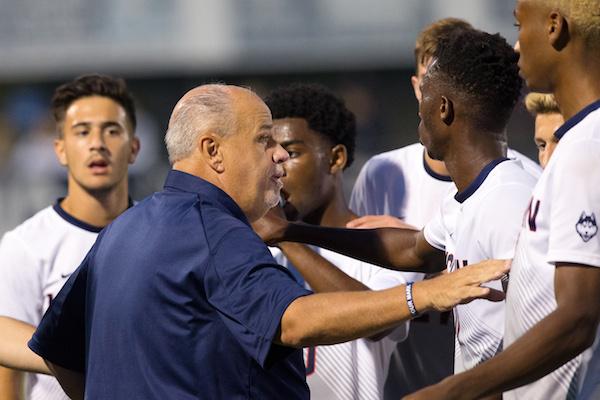 To parents who want their children to play college soccer:
Push the players as hard as you can. Challenge them daily. Be honest with them and help them prepare for college soccer. Make every day difficult for them. Get them comfortable with being uncomfortable.

To youth coaches in preparing players for high-level college soccer:
Be demanding. Do not settle. Players want to be pushed and challenged. If you put them through the grind, they will thank you later in life. Everyone wants to be good. As a coach, you must lead them.

To coaches at the youngest ages?
Make it fun for the little ones. Make it so they're disappointed when practice ends. Make them look forward and be excited about the next time they practice. Lastly, don’t talk too much, as the game can also teach itself.

On three decades of college coaching.

RAY REID: I have been lucky. Over 30 years I have had some of the best players and best coaches around me on a daily basis. We have experienced plenty of success together and plenty of misery. I have been able to watch my players become men and my assistants become head coaches. People ask me would I do anything different. The answer is always: No, I wouldn’t. I am one of the luckiest soccer coaches in America and it is all because I had great players and great coaches to work with every day… what more could I have asked for?