In Soccer America 45 years ago: St. Louis and UCLA products in high demand

Our last January issue of 1974 covered the NASL's college draft. The No. 1 pick won the NASL title his rookie year while his UCLA teammate opted for the NFL. 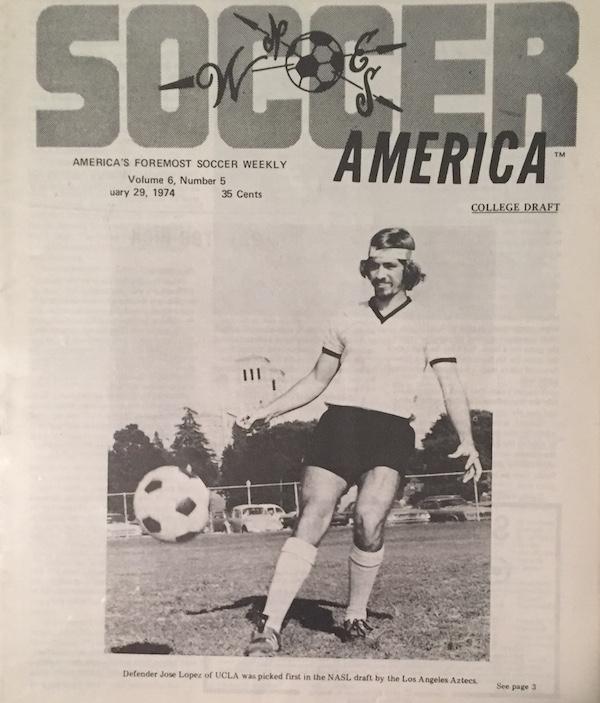 NASL Commissioner Phil Woosnam and Administrative Assistant Ted Howard oversaw the draft in which a third of the picks hailed from the St. Louis area. The Los Angeles Aztec's No. 3 pick was UCLA's Efren Herrera, who opted for a career as an NFL placekicker, which would include a Super Bowl title with the Dallas Cowboys. 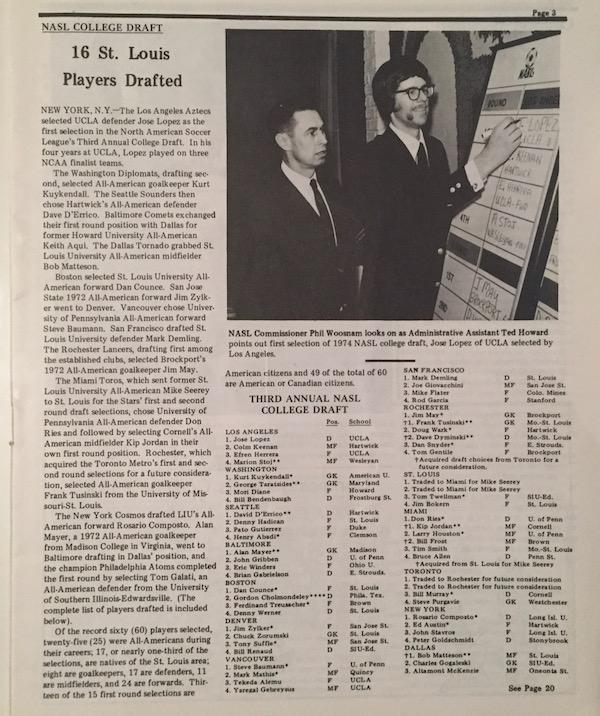 No. 1 pick Jose Lopez out of UCLA helped the Los Angeles Aztecs win the 1974 NASL title, appearing in 10 regular-season games and in the semifinal and final wins over Boston and Miami. Lopez currenlty serves as an assistant coach UCLA, whose Frankie Amaya was the No. 1 pick in the 2019 MLS SuperDraft.

Goalkeeper Alan Mayer out of James Madison went on to play for the USA and logged 184 NASL games. 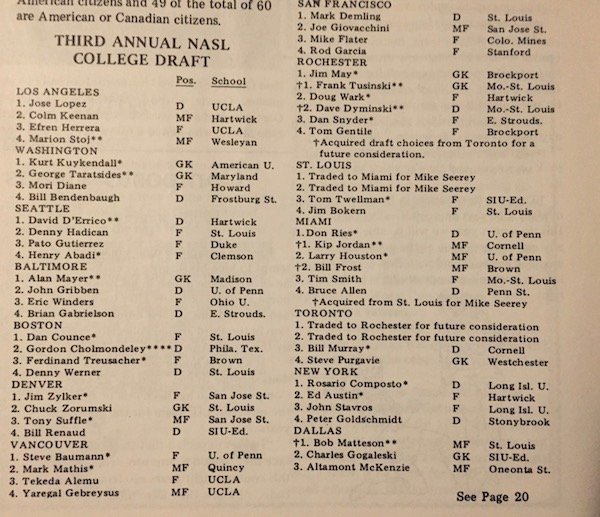 nasl
1 comment about "In Soccer America 45 years ago: St. Louis and UCLA products in high demand".
Next story loading