Nick Lima, the standout player for the USA in its two most recent games, took what is now an unconventional path to pro soccer. He didn’t specialize in the sport during his teens, he played four seasons of college ball -- got his degree at Cal -- and then signed a professional contract. 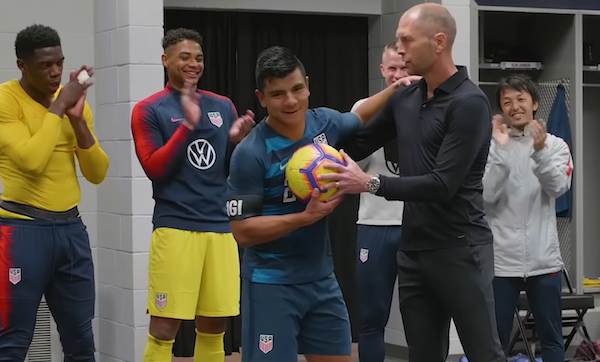 MVP on his debut: Nick Lima debuted for the USA in the 3-0 win over Panama, playing in the midfield but retreating to right back when needed on the backline. His cross, after winning a midfield tackle, set up the USA’s second goal. Coach Gregg Berhalter presented him with the game ball: “When you think about the complication of the position we asked him to play today, it was a high level. And he did a great job dealing with it. ... The effort and the drive on that one play, to win the ball in transition, and serve it in for an assist, that’s amazing.” Lima also started in the 2-0 win against Costa Rica a week later and again provided one of team's top performances.

One will often find, with the nation’s elite players, that they’ve come from a family with soccer background. That was not the case with Lima, who grew up in Castro Valley, which lies 20 miles south of Berkeley and 30 miles north of San Jose.

“No one in my family was a soccer player, but my influence was my dad, to replicate what he did and try and make him proud,” said Nick, whose father, Livermore-Pleasanton Fire Department Captain Chris Lima, has been a firefighter for 28 years.

While Nick aimed to become a firefighter like his dad -- “Hopefully, I can do that post-soccer career” – he excelled in football, basketball, baseball and, of course, soccer.

“I think that inspiration that the fire service sends to others, the teamwork, the hard work and dedication, is what appealed to him,” said Chris. “He just naturally has an incredible work ethic.” 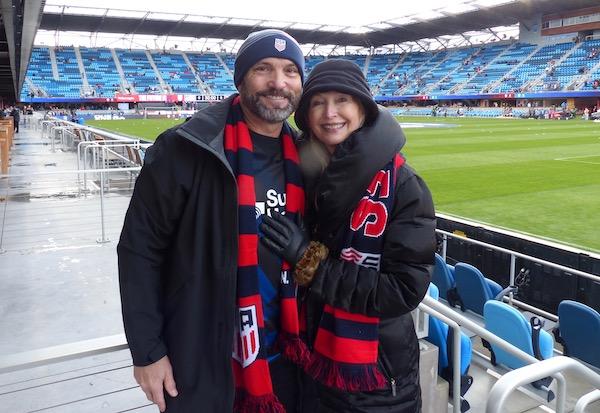 Chris and Kimberly Lima, ahead of the USA's 2-0 win over Costa Rica at Avaya Stadium, where Nick Lima also plays for the San Jose Earthquakes. The location of both Nick's college and pro teams have been convenient for them to keep attending Nick's games.

Chris and Nick’s mother, Kimberly, signed Nick up for pee-wee soccer at age 3 in Castro Valley, and he started scoring goals from the get-go.

“When Nick said he was tired, the coach would say, ‘OK, if you go make some goals, you can have your juice box,’" recalls Kimberly. “He’d have his juice box, sit on the grass and he’d pick grass until the coach said, ‘OK, we need some more goals.’”

At age 9, Nick moved on to competitive ball, first with Ballistic United.

“He was never a bunch-ball player,” says Chris. “The incredible thing about Nick is he's always had field vision. You could tell he could anticipate what was going to happen from an early age.

“When he was trying out for one the ‘elite teams’ at 8 or 9, he's coming down the line and he starts belly laughing. I know my boy, I know exactly why. Because he could see even though the defenders were here, he's going to be able to out-run them and score, and sure enough he did.” 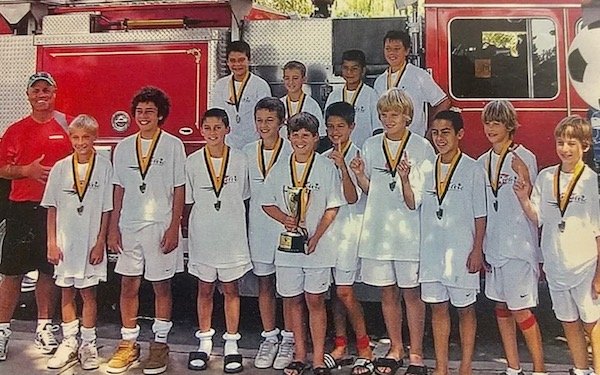 Mustang coach Hugh Kinnear first saw Nick Lima when he came to a tryout at age 11. He had been told to be on the lookout for the talented young player – but that was unnecessary, because Lima stood out immediately.

“He might have scored almost a hundred goals his first season,” said Kinnear. “We didn't lose. I don't even remember when we lost our first game. We won six tournaments in a row. We might have won 40 games in a row. Obviously it was a really good team, and Nick fit in right away. I was used to winning, but not this much. ...

"And, Nick, he takes it in stride. He's a really humble guy, which is nice. He's real appreciative of everything, which is pretty great."

Chris says that Nick was kicking a ball around as soon as he could walk.

“I don't know if he had any formal training before he got to me, but he was already good,” said Kinnear, a middle school math teacher. “And I think he got good because he liked it and he kicked the ball. Sometimes he couldn't get rides, so I'd pick him up at his house in Castro Valley and he was kicking the ball while he was waiting. He had little goals at the side of his house. You could tell by looking at the ball he'd been kicking the snot out of it." 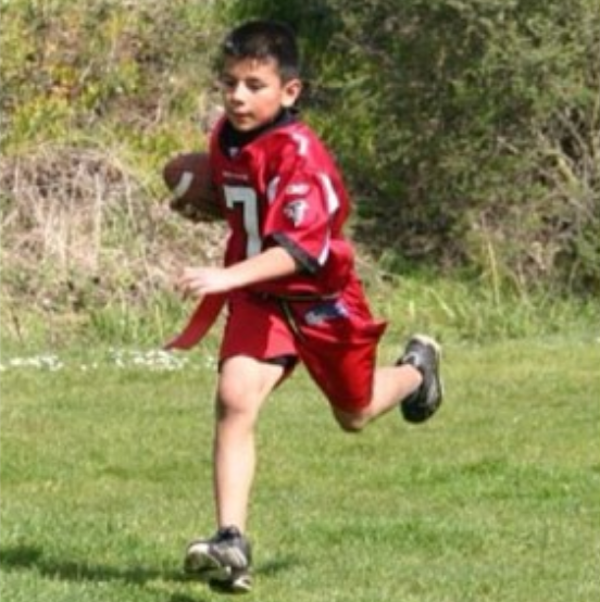 Lima also played basketball through middle school, he excelled at short-stop in baseball, and for Castro Valley High School he played running back, corner back, on special teams, ran back kicks, and he took kickoffs and PATs.

The Development Academy, in its early years when Lima played for the Quakes, wasn’t as heavy-handed as it is now about preventing kids from playing other sports. Lima was heavily recruited as a defensive back by Ivy League schools, but soccer had become Lima’s favorite sport.

“Hugh appreciated Nick,” says Chris Lima. “Not only did he play him properly on the field, give him great training when he was playing for him, but he was also so encouraging and just was a great mentor for Nick.”

Lima moved on to the San Jose Earthquakes Development Academy team and had a stint with De Anza as well. The Quakes sent him to train with partner club Tottenham Hotspur, and he had the options of going pro, playing college soccer, or Ivy League football.

As Chris put it: “Do I go professionally, because he could have gone pro, and at a really young age, or do I get my college degree at Cal, the best public institution in the world, and have that for rest of my life? Our values are such that we want go to college.”

Becoming a Brazilian-style outside back. Lima went to Cal in nearby Berkeley as a center forward, and during his freshman year came off the bench in 19 games on a Bears team that was ranked No. 1 in the nation for six straight weeks and reached the NCAA quarterfinals, falling to Maryland. After the season, Cal coach Kevin Grimes decided that Lima should be an outside back.

Telling a center forward to be a defender doesn’t usually go down well for a player who thrives on scoring goals. But Grimes made his case.

“He was so good going forward that we felt we needed to put him in a position on the field that allowed Nick to be at his ultimate strength at all times during game -- which is facing forward, playing forward, and obviously getting into the attack, running forward, towards goal,” said Grimes. “When you play up front as a 9 or you play as a 10, there are always moments in a game that you have to play back-to-goal. Nick did that just fine. We felt however that it was wasted time, him playing back to goal at all during a game. He was so good going forward. We needed to find a position that would bring out that skill-set constantly throughout a game and that became right back.”

Grimes envisioned Lima as a traditional Brazilian outside back, like Cafu and Roberto Carlos and, more recently, Dani Alves.

"He's a tough kid," said Kinnear. "He's a good tackler. He's very athletic. Good in the air. And it gave him space so he could exploit the talent that he had. It was a good move by Grimes."

Position changes had worked out well for previous Cal players, such as future MLS players A.J. Soares and Steve Birnbaum, whom Grimes moved from attacking roles to central defense.

“Nick was no different than the others,” Grimes said, “initially a bit of a hesitation and some questioning. Once we were able to piece together for him the role he would be playing – ‘You are an attacking thrust. You're not just a guy who sits on the backline and defends all day. Quite the contrary’ -- he embraced it.

“He ended up being one of the best players in the country regardless of his position his senior year.” 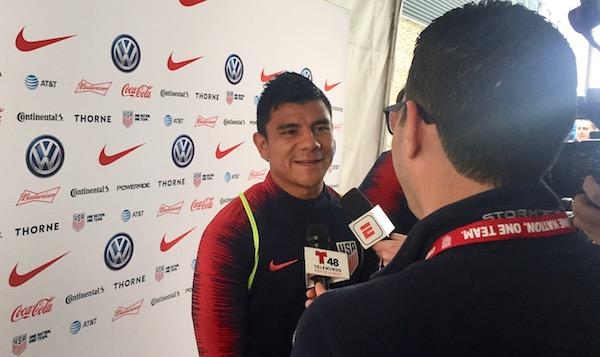 College grad goes pro. After his fourth season at Cal, Lima graduated in 2016 with a degree in Interdisciplinary Studies and joined the Earthquakes, who held his Homegrown rights, for the 2017 season as an outside back. In his first two pro seasons, Lima played 56 games, starting 54 of them.

As Berhalter aimed to rebuild the U.S. national team after its failure to reach the 2018 World Cup, he saw in Lima a player who could handle a complex role in a formation that required a player to move between outside back and central midfield throughout the game. Lima handled it superbly in the wins over Panama and Costa Rica and looks to be one the players from the marathon January camp who has a future with the team when the foreign-based players enter the fold.

“He had all the natural ability to be a great defender,” said Grimes. “Physically he's fantastic. He's courageous and competitive. He's great on the air. Fantastic going forward. I think where we came in for Nick was teaching him the nuances of playing right back from a defensive standpoint.

“It can show that you can go to college for four years and still walk away with a degree and become a top soccer player in this country, and in his case, a national team kid.”