Richie Burke  is from Liverpool and once coached in Scotland with Livingston FC. But his family and heart are in the Washington, D.C. metro area. Over the winter, he joined the large contingent of English coaches in the NWSL, taking over as head coach of the Washington Spirit.

The Spirit followed up on a nice run of playoff appearances, coming within a few seconds of the NWSL title in 2016, with finishes in or near the league's cellar. But while this year's Spirit team is young, as in its 2013 debut, Burke is optimistic about his new team -- and a little more pessimistic about the Premier League trophy going to his childhood home. 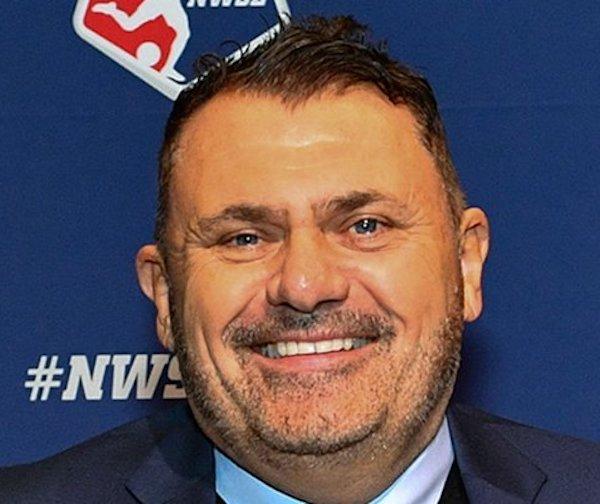 SOCCER AMERICA: Would you have ever imagined at any point in the last 20 years that you would stand here now as coach of a professional women's team?

RICHIE BURKE: It wasn't a specific plan, but being involved in professional football, yeah. I've said previously, football is football. I don't really differentiate between genders. The game is 11v11, the ball's the same size, the dimensions are the same. So 20 years ago, when I was finishing as a pro (player), I always envisioned I would be in the game at some stage coaching.

People who played with me in professional football would've probably described me as a leader on the field and an organizer on the field. Some on the field used to refer to me as "The General" because I used to organize an awful lot.

So yeah, 20 years ago, I would've said definitely, I'll be in a professional football situation.

SA: The women's soccer community being -- I don't want to say "insular," but perhaps protective of its own identity -- as it is, some people may have been a little bit skeptical when someone who had not already been an assistant or a head coach with a professional women's team elsewhere came in. How would you address that, and what sort of skills do you bring in particular to the women's game?

BURKE: I'm a coach. I coach teams, I coach players, I coach people who try to get better. I think my education in football has been quite diverse. When you say it's an insular group of supporters, I hope it expands. I hope that we get more people in the stadium, and I hope who support us can continue to do so in a very positive way.

Our new ownership [Steve Baldwin] -- and the previous owner, Bill Lynch -- we've looked at this as a rebirth of the franchise and trying to redirect. I can only say that we're going to work as hard as we possibly can to make our players enjoy the experience and to make the players feel like they're appreciated, they're supported, they're respected, and they're elevated.

We met with U.S. Soccer yesterday to talk about some of our players within our current squad. We're pretty young. We've got six, maybe seven players -- including Mal [Pugh], Rose [Lavelle] and Andi Sullivan -- who could potentially be in the next World Cup cycle. So it's an exciting time for the Washington Spirit. There's no need for us to get concerned. I think people should be anticipating a good year, because I am.

SA: It is a fairly young group of players at this point, and that may worry some Spirit fans a little bit because they remember 2013, when there were players here who were on the [U.S.] U-23 team, there were players who had dominated in the ACC, but their youth did show up on the field and in the results. What do you think is different about this group?

BURKE: [N.C. Courage coach] Paul Riley is a really good friend. Paul Riley drafted very well in 2015, and as a result, his team won the 2018 championship.

Our theme is going to be in particular that we're going to try to play football. We might get bullied a little bit because of our youth. We might get banged around a little bit -- in professional football, across both genders, rookies and newcomers get a little bit of rougher treatment. So hopefully our players will mature very quickly in the hot cauldron of this league.

Even Andi Sullivan last season -- she took some time to adjust to this league because it's physical and a little bit different than college. So yeah, there'll be an adjustment made. Our job -- my staff and our football club -- will be to try to help them. 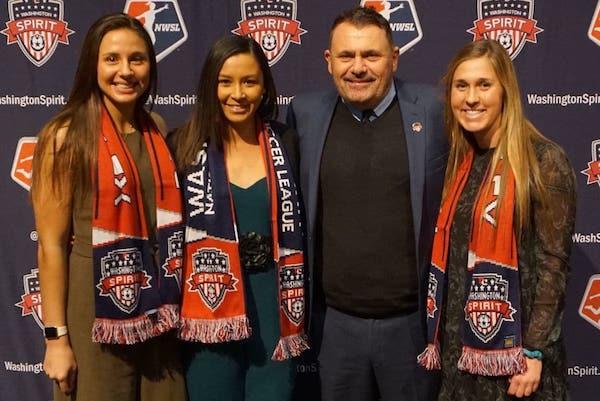 SA: You mentioned Paul Riley. Are there other people who've been in the women's game whose council you sought or people that you've talked with over the years?

BURKE: Plenty of people. I'm very good friends with a lot of college coaches. I was involved way back when, before I got involved with D.C. United, with a Bethesda team that had [WUSA and Washington Freedom founder] John Hendricks' daughter on it. That was a team that ended up getting recruited all over the place, and those college coaches have remained good friends and remained in contact. A couple of them visited when I was managing in Scotland to try to get a feel for a professional training ground, and that was great to see. They've remained friends, and in the draft process, I reached out to quite a number of people to get information on players where I was lacking.

I speak to [former Spirit coach and current Portland coach] Mark Parsons on a regular basis. Paul Riley coming from Liverpool -- he's from the posh part of Liverpool, I'm from a little bit of a rougher part -- he's a good friend, and he's been very, very good. We had a great conversation yesterday about a player that we both had relative interest in.

I met [new Orlando coach] Marc Skinner for the first time yesterday. He flew in from England, he seems like another English guy who's going to be good. And of course, Laura Harvey's brilliant. Laura's fantastic, just top-drawer.

SA: You've also got plenty of experience in this area as a youth coach. The Spirit have had a lot of youth programs -- Development Academy and below that -- is that something that you want to be involved with, and what direction do you see the Spirit going with that?

BURKE: They've just announced recently that they're going to continue with the Development Academy. Larry Best has taken the reins with that one. A good friend who's been an assistant coach with me and worked with me at D.C. United, Tom Torres, I think is fantastic in that area. So I've left a lot of that to them because I'm not driving that. My emphasis and my focus is on the first team. I think the optics for us will be looking from the top down -- getting that first team right, and hopefully that will raise the standards across the board.

So for me the emphasis is very much: Get the right people in place. I was strongly driven to get the right support staff in place for me, because it's not just a one-person job. It's a big rebuild for us and a big redirection. That was important for me.

So I have to be honest, to a fault, to say that my focus has not really been on the youth side. It is a minefield in this area because there's a lot of different pieces. My job is very myopic right now -- look at the first team and try to get that right.

SA: You've got experience in Scotland. What do you see happening in the women's game there?

BURKE: It's not just in Scotland. More recently in the Argentine league, they've mandated that every single one in their first division gets a women's team. It's about time.

The parity in the UK is not where it should be just yet. Not everybody in those teams is full time, not all those teams have made a total commitment financially and organizationally for the women yet, but it's on the way.

In Scotland, the women's national team has qualified for the World Cup. The men haven't done that for an awful long time! So that's created a huge groundswell of support because they're very passionate, prideful people in Scotland. They're going to get right behind that national team, which is great for the game. It's great for the women in the UK.

Manchester City, Chelsea, Liverpool and Everton -- they've all committed to have strong women's programs. And they're doing great. I think the fan base is starting to grow a little bit. They're still a little way off. But in Europe, the community teams -- in Scandinavia and Germany, they're great. I think a little bit more financial commitment for the women is really what's needed. And if FIFA can at least get some balance in that, I think the product is going to be great.

SA: So the last question, I simply have to ask you -- can Liverpool pull it off this year?

BURKE: You know, I'm praying for a double -- the Washington Spirit NWSL champions and Liverpool Premier League champions. I've got to be very honest -- I had a conversation with Paul Riley, who's a big Red as well. He called me a philistine because I think Manchester City are going to win it again. As much as it pains me to say it, I think they're too deep and too strong.