Jordan Morris' lost season makes him appreciate what he has 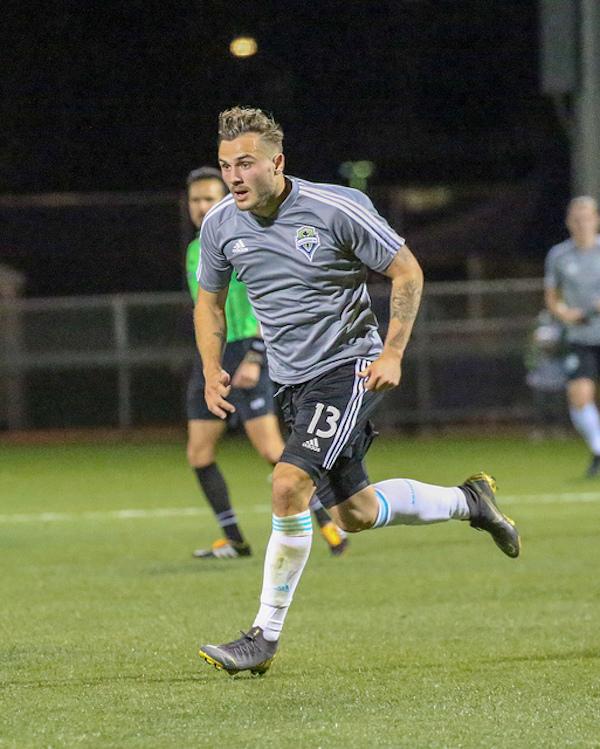 Almost a year since he was injured -- 352 days to be exact -- Jordan Morris started his first game for the Seattle Sounders on Saturday when they played the Houston Dynamo in a preseason game at the Mobile Mini Sun Cup in Tucson, Arizona.

A knee injury suffered against Salvadoran club Santa Tecla in the first round of the Concacaf Champions League kept Morris out the entire 2018 MLS season. When you add in a hamstring injury that kept him much of the last three months of the 2017 season, Morris hasn't started an MLS game in 17 months.

“It’s been so long since I’ve been on the field,” he said on the first day of preseason training. “I was driving by the stadium today and picturing what it will be like to play my first game. I couldn’t be more excited to prove myself."

Morris, who tore the anterior cruciate ligament in his right knee, admitted that last season was an ordeal.

“It was very tough,” he said. “The physical part was obviously tough with rehabbing the knee but the mental part of being out every day, wanting to be playing, having to miss the road trips and watching games from home or at the stadium, it was really tough. There were some tough times I went through. But being surrounded by friends and family and a great organization, they always reached out to help and were always there for me. I’m just excited it’s over and glad to be back.”

Morris said the layoff allowed him to put everything in perspective.

"Just getting that opportunity to do what I love to do is a huge blessing," he said. "If you look at it like that and have that mentality, which last year gave me, it makes the whole game more fun and makes you appreciate what you have."

Morris returns to a team that has seen changes since he last played. Clint Dempsey has retired and Osvaldo Alonso, the Sounders' long-time captain, became a free agent and moved to Minnesota United. Seattle added Peruvian World Cup striker Raul Ruidiaz, who scored 10 goals in 14 games during the Sounders' late run during which they were the best in MLS.

"He's so good in the box," said Morris. "His finishing ability is next level, so it's exciting to watch and see what I can learn from him."

Morris returned to the Seattle lineup against Houston alongside Nicolas Lodeiro and Victor Rodriguez, allowing his close friend, Cristian Roldan, to return to central midfield alongside Gustav Svensson in the Sounders' 4-2-3-1 formation. In the offseason, Morris was given a new contract that could stretch out for five years, so the Sounders are counting on him to give them the speed that they lacked last season.

“He was extremely ecstatic after the game,” Seattle coach Brian Schmetzer said of Morris after Saturday's match the Sounders led, 2-0, until late in the second half when they brought on their academy players. “He was happy to contribute. Even in the first minute when Gustav found him on that ball over the top, you saw his speed put the left back on notice -- 'Here I come.' If Jordan is able to stretch teams, then it opens up space for those guys to operate. In that sense, we saw some positive signs."

Morris, who signed a Homegrown Player contract with the Sounders in 2016 out of Stanford after turning down an offer from German club Werder Bremen, described the new contract as a "huge honor."

“I love this team, love this city," he said. "I think we have a championship-quality team here and I want to push for that over the next few years. It’s a huge honor that the Sounders believe in me and want me to come back. I appreciate that the front office and the coaching staff helped me through that and want me to be here. It’s a city I grew up in and to have that respect from the coaches and front office to want me here it means a lot.”

Morris, who scored the winning goal for the USA in the 2017 Gold Cup final, hasn't played for the USA since starting in the 1-1 tie at Honduras in World Cup qualifying, six days before his hamstring injury ended his 2017 regular season. But he did travel to Chula Vista for a few days before MLS preseason began at the invitation of new coach Gregg Berhalter.

"I got to know the new staff and see the new environment," Morris said. "It was a great experience. I am excited for the program."