A U.S. national team player in the 1950s, and longtime college and ODP coach, Efrain "Chico" Chacurian  died last Friday, one week before of his 95th birthday. 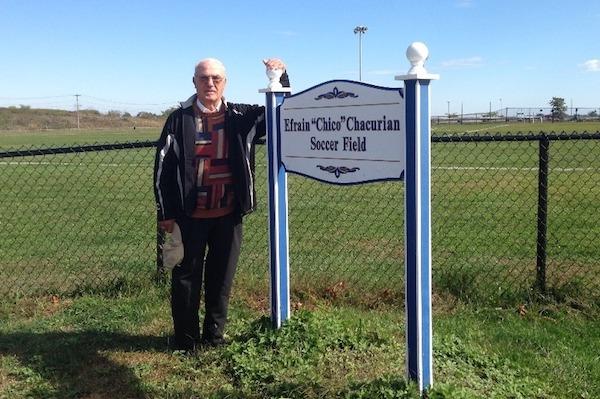 "Chico Chacurian was a giant of soccer in the Northeast," said Dan Woog, longtime Connecticut-based soccer journalist and Staples High School coach. "Truly a great guy – one of those old-timers who just loved the game, and did his best to serve it in many ways.

"He was an inspiration to generations of young players. Seeing him out on the field in his 70s -– knocking the ball around and having fun -- brought smiles to 7-year-olds."

Born in Argentina on Feb. 22, 1924 to Armenian immigrant parents, Chacurian immigrated to the USA in the 1947 after starting his pro career with Racing Club. He played four games for the USA and scored in a 3-2 win over Haiti during the USA's unsuccessful attempt to qualify for the 1954 World Cup. He was the U.S. national team's oldest living goalscorer when he died.

His post-playing career included coaching Southern Connecticut (1965-75), Yale (1976-80) and the University of Bridgeport (1983-88). For more than three decades, he served the Region 1 Olympic Development Program (ODP). New Jersey products Tony Meola and Claudio Reyna were among the players who came through Region 1 ODP while Chacurian served as head coach. A soccer field at Short Beach Park in the Lordship section of Stratford was named after Chacurian 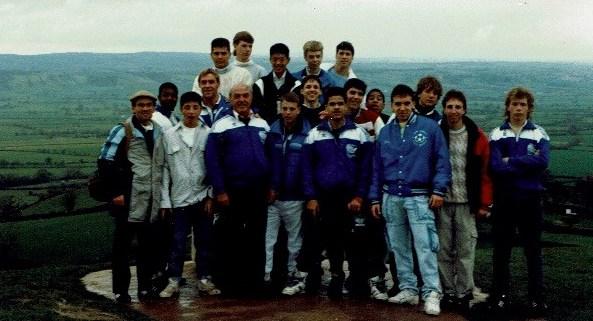 "He was one of kind," Keith Tabatznik, longtime Region 1 ODP head coach and McLean YS Director of Soccer. "When I took over ODP Region 1, I had Chico working with us until he was about 88. Because I wanted every player who came into ODP to experience Chico. It could only make the kids love for the game grow."

"God bless Chico Chacurian, one of the greatest soccer figures (player, coach, giver) this country has ever known," Rider University head coach Charlie Inverso posted on Facebook. "He influenced so many great players and coaches, but regardless of who you were or how good you were, he treated you the same. Chico lit up every room and field he ever entered. His ball tricks and jokes were legendary, but it was his kind soul that made him a true Hall of Famer."