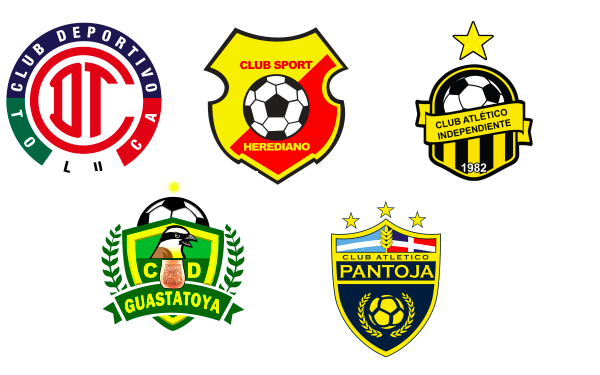 The competitive season for five MLS teams begins this week with the start of the 2019 Scotiabank Concacaf Champions League.

Four MLS teams advanced in the first round last season when the competition was reformatted -- Toronto FC ousted Colorado in the lone matchup of MLS teams -- and four of the five MLS entrants in 2019 will be favored to reach the final eight.

Sporting Kansas City is the only unseeded team, opening at home against Mexico's Toluca. Los Diablos Rojos have plenty of Concacaf experience, but they have been playing very poorly this winter. Herediano is another team with many Concacaf games under its belt, but the Costa Rican club will be the underdog against MLS champion Atlanta United.

The other three MLS teams all square off against first-time entrants -- Toronto FC vs. Independiente, the Houston Dynamo vs. Guastatoya and New York Red Bulls vs. Atletico Pantoja -- and will be favored.

Background: Toluca is one of the legendary clubs of Mexican soccer, winner of 10 league titles, though it hasn't won a title since winning the short-season Bicentenario in 2010. The closest Los Diablos Rojos have come recently was last season when they lost in the final of the Torneo Clausura. They reached the quarterfinals of this season's Torneo Apertura but have struggled recently, going winless in their last five games. Toluca will be a formidable opponent, though. It plays in the notorious Bombonera -- the Estadio Nemesio Diez -- at 8,645 feet above sea level.

Players to Watch: Like most Liga MX teams, Toluca fields a foreign-dominated team: Veteran El Tri keeper Alfredo Tavalera was just one of four Mexicans to start Saturday in the 3-0 loss at Leon. Five Argentines started, including recently acquired midfielder Federico Mancuello and Emmanuel Gigliotti and Enrique Triverio on the frontline.

Background: Herediano, located in the provincial city of Heredia, is one of the giants of Costa Rican soccer, third behind Saprissa and Alajuela with 27 league titles. The most recent came last fall when Los Rojiamarillos won the 2018 Apertura final. American David Patey helped bring Herediano back from the brink of bankruptcy when he took over the team in 2012 but he resigned as president last fall in the wake of a government investigation into drug trafficking and money laundering.

Background: Los Vikingos are a first-time entrant in the CCL, qualifying by winning Panama's Torneo Clausura in 2018. They play on turf at the tiny Estadio Agustin Sanchez in La Chorrera -- home to baseball Hall of Famer Mariano Rivera -- so the conditions won't be easy.

Players to Watch: Two CAI players -- goalkeeper Eddie Roberts and midfielder Omar Browne -- were on the young Panamanian team that lost to the USA, 3-0, in January.

Background: With the end of the FIFA suspensions, Guatemalan clubs are again eligible for international competition. Guastatoya is making its first CCL appearance after winning Guatemala’s 2018 Clausura title and then defeating Antigua in a two-leg playoff. Los Pecho Amarillo also captured the 2018 Apertura last fall but have struggled of late. They won their last two games but opened the second half of the Guatemalan season with six games without a win.

Background: Pantoja qualified for the CCL for the first time when they beat Jamaica's Arnett Gardens in a shootout to win the 2018 Caribbean Club Championship. Los Guerreros are the second Caribbean champion in a row from the Dominican Republic after Cibao FC. Spaniard Oliver Mendoza, who has lots of coaching experience in the Dominican Republic, took over as Pantoja's coach in November in preparation for the 2019 season.