Divorce: Back to the drawing board for NWSL after A+E exit

After just two years, the NWSL and A+E have ended their partnership.

It wasn't just an agreement covering a national game of the week on Lifetime, it gave A+E an equity stake in the NWSL and it managed the digital and commercial side of the business.

The announcement comes less than two months before the start of the NWSL's seventh season -- the 2019 schedule still has not been released -- and it comes before the third and final year of the broadcast agreement. All indications are that A+E had no intention of renewing, so going their separate ways was a move better to be done now than later.

NWSL president Amanda Duffy said the break came suddenly and followed discussions about where the NWSL was headed after 2019 and what opportunities might come up this year when the Women's World Cup offers unique exposure for the league, its clubs and players.

"Both parties agreed that the time seemed right for this change," Duffy said in a media call on Wednesday, "to allow the league to be better positioned for the future, rather than waiting until later this year or at the end of the third year of any of the respective agreements."

What the divorce means:

-- No national TV coverage (for now). Unless a new partner is found quickly, the NWSL will enter the new season without a network or cable deal. Games will be streamed on Yahoo Sports as part of an agreement with Verizon that is in its third and final season. (Verizon folded streaming service go90 toward the end of the 2018 NWSL season.)

This isn't the first time the NWSL entered a season without a TV agreement in place. In 2015 -- a Women's World Cup year -- the agreement between Fox Sports and NWSL wasn't announced until the end of June, in the middle of the tournament.

Possible replacements for 2019 and beyond?

"Our expectation and our current status is that we have open and ongoing dialogues with a few potential broadcasters for the 2019 season," said Duffy, "and feel confident that we will have a partner for this season in the coming weeks." 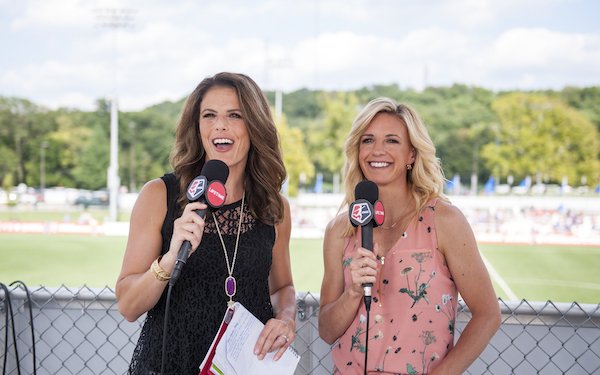 -- NWSL owners control their destiny. The deal with A+E gave the network a 25 percent share in the league and two seats on its board of directors. NWSL owners have bought back that share.

"With the owners that we have today and the lessons that we've learned over the past several years," Duffy said, "it's very important and very valuable that the owners have full control over shaping the future of this league."

“The league is very well positioned," said Duffy, "to take on NWSL Media in a wholly-owned way and approach the strategy and operation in a more centralized way from a day-to-day standpoint."

In the end, the divorce is not a surprise. The A+E executives who championed the original deal are gone, and live sports were an odd fit for Lifetime and its staple of movies targeted to and about women. A+E began sub-licensing NWSL games to ESPN in the second half of the 2018 season, so the writing was on the wall.

The business of women's pro soccer remains tough. The NWSL is in its Year 7 -- the two previous leagues, WUSA and WPS, both folded after Year 3 -- but it still isn't easy going.

At the one end, the Portland Thorns averaged just shy of 17,000 fans a game in 2018 -- better than six MLS teams -- but at the other end is the mess that's been Sky Blue FC, which struggles to sign players in the aftermath of reports about poor working conditions. In between, there are teams like the Houston Dash and Orlando Pride, both operated by MLS clubs but suffering from declining attendance. 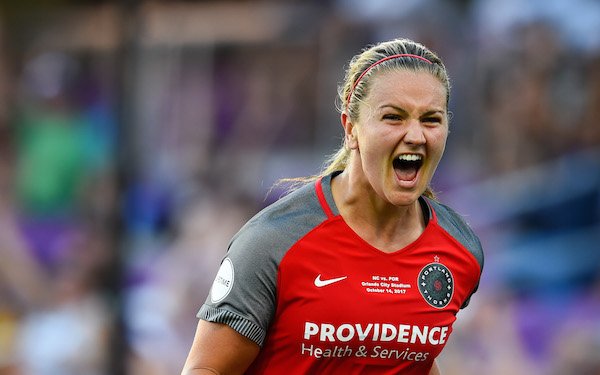 The Lifetime game of the week will be a loss for soccer fans, though. The broadcasts were of high quality and presented the league, its clubs and players in a serious way.

For that reason, it's a particularly sad day for women's soccer.