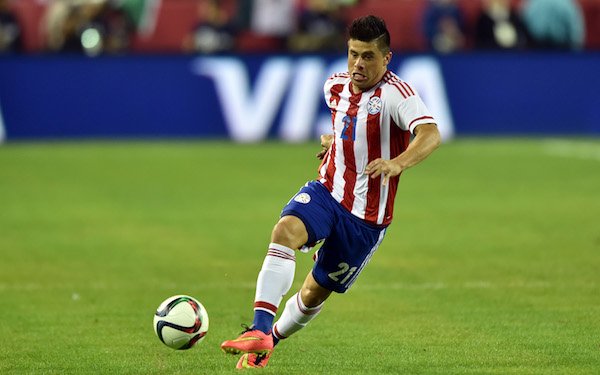 Moreira, 29, did not play in River Plate's 2018 Copa Libertadores championship campaign but he did play in the third-place game at the 2018 FIFA Club World Cup and started eight games in the current Argentina Superliga.

“We are very pleased to add a player of Jorge Moreira’s quality and experience to our roster this season,” said Gavin Wilkinson, general manager and president of soccer for the Timbers. “Right back was a positional need and we are delighted for Jorge to join the Timbers. He brings a wealth of experience from one of the top clubs in South America and possesses an array of complementary attributes that will benefit our group.”

Zarek Valentin started at right back for Portland at MLS Cup 2018. Alvas Powell, the starting right back when the Timbers won MLS Cup 2015, was traded to FC Cincinnati.

In his first season at River Plate, Moreira started 25 league matches and both games in the 2016 Recopa Sudamericana, where River Plate defeated Colombia's Independiente Santa Fe. He is one of 10 South Americans under contract with the Timbers for the 2019 season. Moreira, who played nine games for Paraguay in 2018 World Cup qualifying, joins four Argentines, two Colombians, one Peruvian, one Venezuelan and one other Paraguayan, Cristhian Paredes.

“Jorge is an experienced player who has played at the highest level in South America and internationally, and his addition further strengthens our defensive group,” said Timbers coach Giovanni Savarese. “As a right back, he has shown to be balanced defensively and comfortable with the ball and going forward, and his addition will create an additional level of competition to our club this season.”