Generally, restarting play will not be challenging on free kicks when the ball is far from the goal. However, refs will find certain forwards and midfielders deliberately walk by the ball after a foul is called against their team. They are trying to delay the other team restarting play. Refs should not let them do this and need to verbally warn them that if they persist, they will be cautioned. 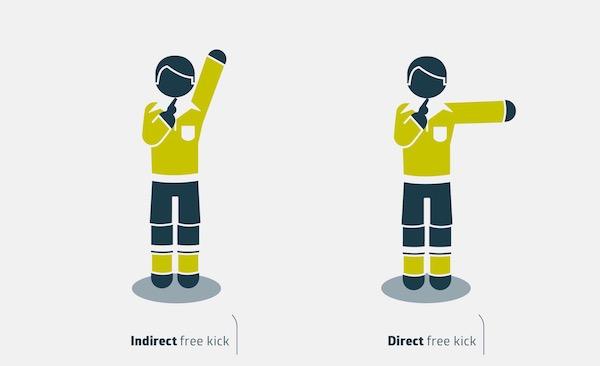 Should a player deliberately run up to a stationary ball, preventing a free kick from being taken, that player should be cautioned immediately for failing to respect the required distance when play is restarted with a free kick.

I’ve had teams where players were much more subtle and feigned believing it was their team’s free kick so they could stand by the ball. This happened in a boys U-14 game I refereed recently where the same forward stood by the ball after the first two fouls were whistled against his team, approximately 80 yards from their own goal. After the next foul, the midfielder who was also their captain feigned that he thought it was his team’s free kick. So I had a discussion with him that I recognized that his team was trying to delay the other team restarting play and I’d caution the next player who did this.

After whistling the next foul, the captain was near the ball but he retreated from it rather than approaching it. After play restarted, the coach said to him, “What happened?”

The captain responded, “The ref figured it out.”

No more approaching the ball in that game and the next game that I did for that team. 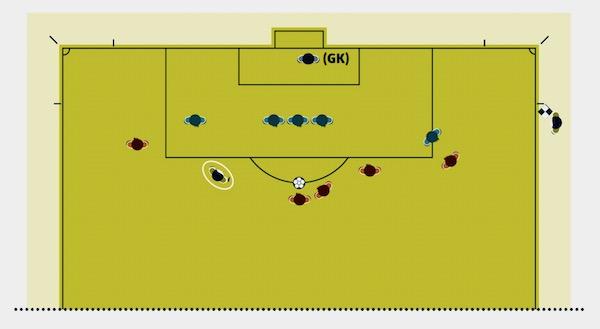 More challenging is restarting play when a free kick is in or near the defensive team’s penalty area. Opponents stand near or right by the ball and prepare to set up a wall. The referee should ask the offensive player(s) by the ball if they want 10 yards. Should they say yes, the referee points to the whistle and says so everyone can hear, “Wait for my whistle.” A ceremonial free kick is about to take place. I’ve seen refs then incorrectly allow the ceremonial free kick to be played without the whistle being blown.

In pro soccer, the refs spray by the ball, then march forward 10 yards and spray the required distance for the wall. But without having the vanishing spray, you as the referee would back up 10 paces (yards), always watching the ball to make certain that it is not moved. You then call the defensive wall to where you are.

Take your position as soon as possible by backing up while keeping both the ball and wall in your sight, glance at the AR to make sure he or she is in the proper position and is not trying to communicate with you, then blow the whistle for the kick to be taken.

Players in the wall can jump up and down but cannot wildly gesticulate. A player doing the latter should be cautioned for unsporting behavior.

It’s always a bit of fun when the attacking team decides to put a player or two in the wall. Defenders do not like them there and pushing often occurs. Attackers sometimes try to back up into and/or push defenders to move the wall back further. Refs need to watch out for these actions.

Remember that if the ball was not kicked yet when a push, or worse a punch, occurs, you cannot call a foul but you should caution for unsporting behavior (deliberate push) or send-off for violent conduct (punch). Should this occur after the kick is taken and the ball is in play, feel free to call a foul plus a caution or send-off too.